To many, riding is synonymous with something that is rough and tumble, and an affirmation of masculinity.

For a long period of time I too shared a similar outlook. But now, with riders taking the road, men and women alike, spreading the spirit of adventure and travel one throttle at a time, it was not tough to disengage myself from any inherent biases.

Clouds rumbled, threatening to burst any time, and I was surrounded by riders creating their own thunder on the road astride their Royal Enfield bikes. And just like that, over 300 bikes, and I as a pillion rider, took to the road that afternoon. As the RE riders explored every nook and cranny of North Goa, I was in my own world, trying to come up with possible explanations for this riding culture and for a vehicle that made a lot of noise.

I knew then that I needed to go back to the place where I had first landed—the Royal Enfield Garage Café.

Back at the café, my hosts were preparing to fill me up on everything about what they call ‘pure motorcycling’. The café, located right beside a lagoon, a mere 10 minutes away from Baga beach, was not only about the brand Royal Enfield or motorcycles, it was beyond that. The Garage Café in itself was a cultural hub—for riders, artists, food connoisseurs, those who customise bikes, and people like myself, who don’t follow this particular culture but are open to learning. The café had three parts—an exhibition area, motorcycle accessories and workshop area, and a bar.

The exhibit grabbed my attention. All around the café were Portuguese artworks, and displayed items ranged from customised bikes to the 125cc Flying Flea from WWII and the iconic Cast Iron 350, one of the last cast iron engines seen in a Bullet. The exhibit was a tribute to the art of motorcycling.

The interior with plenty of bikes

As I took a walk around, I came across a black-and-white photo gallery by Ronny Sen, aptly titled ‘The Highway Star’. His work was mainly to showcase the Indian highway from the lens of a motorcyclist, seeing India as a rider sees it. In a little cosy corner of the exhibition area, I came face-to-face with a hand-built classic miniature motorcycle by the RE industrial design studio in Chennai. Each miniature part had been created using the same process as it would have for a real motorcycle. From the buffed tank to the key, the model was a fine example of a passion for art and the use of real materials. I was later told it had taken them two years to complete the model.

The Bullet, with a production run since 1931 and still going strong, ran parallel with the Portuguese art on display. The pinstripe work on the Bullet, done by a dedicated community of free-hand artists, got a tribute on one of the walls in the café. But bikes were not the only art on display. It reflected in their food as well.

A scrumptious chicken dish served at the cafe

Outside the café I noticed a sign that said ‘Garage Café at J&A’s’. The food from the kitchen of Jamshed and Aisha was the binding force that brought together riders and others under one roof. Their main goal was making food that would suit everybody’s palate. Garage Café was a place for the biking community to feel a sense of family, a sense of belongingness. And to bring this emotion to their food, Jamshed and Aisha, avid riders themselves, have gone in-depth into the culture. Jamshed introduced me to the large plates of calamari, prawns and chicken liver. “Food here is served with style and integrity, without any pretension.” Generous portions supported his claim. At the café, it was a country-style kitchen because motorcycling is a country thing.

I had come to Goa with preconceived notions about motorcycling. However, seeing how riders and artists associated themselves with motorcycles under the rubric of creative expression, made me realise that we need more such places like the Royal Enfield Garage Café.

Reasons To Visit Goa During Off-Season

Reasons why it’s worth making a trip to Goa in the off-season, come rain or sun 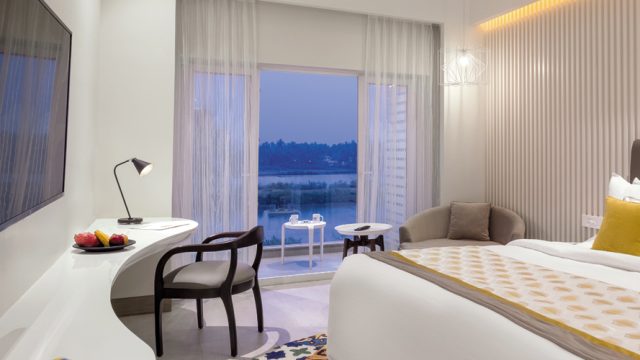 It’s Adults Only at THE Park Baga River Goa

It’s adults-only at THE Park Baga River Goa, making it perfect for couples and honeymooners 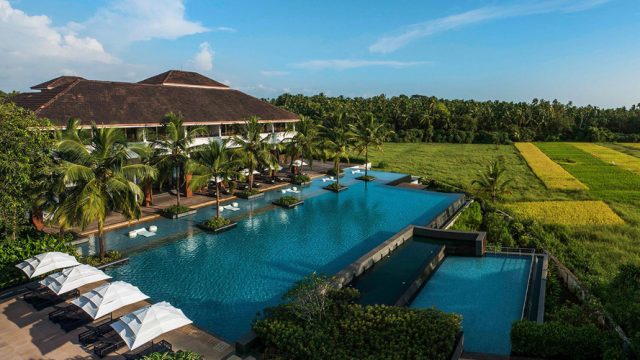