It is 4.54am, and Ahmedabad seems to be a city of ghosts—ones that it across the road

on their sputtering motorcycles. Milkmen, along with the others who render essential morning services, are shrouded in heavy shawls against the cold, the wispy morning fog adding to their ethereal appearance. Our journey has just begun: we are headed towards Nalsarovar, about 70 kilometres to the southwest of Ahmedabad. The instrument cluster inside the BMW 520d registers 9°C.

Yesterday, this car had made short work of the 550km between Mumbai and Ahmedabad, via Udwada. I remember a childhood drive to Gujarat in the early 1980s, when the road was nothing but a narrow strip of tar through dense forest beyond the outskirts of Bombay; the only smattering of urbanity had been at Surat and Baroda. Yesterday, however, it had been a continuous metropolitan sprawl.

While the roads are definitely wider, smoother and quicker, you may not find the quintessential romance of the long drive here. The road to Nalsarovar, though, is a different story.

I drive past a few tea stalls while blitzing through Ahmedabad, hoping to stop for tea a little further away, but the road is densely forested, and its little hamlets still deep in slumber. However, the gleam of a furtive eyeball by the roadside tells me something lurks in wait.

On backing the car up, we see two magnificent nilgai (blue bulls) partially hidden in the foliage. We’re soon at the crossroads near the Nalsarovar ticket booth, but my morning cup of tea remains elusive. Villagers crouched around a re say the tea shop will open shortly, but the ticket window beats them to it.

A flamboyance of flamingoes flying over Nalsarovar, Gujarat
Getty Images

The car park in Nalsarovar is a kilometre from the magnificent lake; one can board boats to explore this shallow waterbody spread over 120 square kilometres, and its 36 varying islands. Sailesh, our boatman, asks us to hop onto his motorcycle, forsaking the usual Maruti Suzuki Eeco vans used to transport visitors.

Thankfully, Sulochana behen has set up her teacart by the makeshift quay. The hot brew is laced with spices, and generously mixed with milk that has travelled straight from the cow to the pot. There is no question about its legitimacy—Dilbahari, her buffalo, stands tethered to her cart.

The basic boat fare covers a round trip to Dhrabla Island and back. It isn’t daylight yet, but we set off on our wooden boat as a magenta glow approaches the horizon. As Sailesh pushes it along with a long pole, we actually hear the birds in the Nalsarovar Sanctuary before we see them—the utter of wings and occasional squawks. As the day grows stronger we spot cormorants, Brahminy ducks, white storks and the occasional pelican. Somehow, we are the rst to arrive on the island—even the local ladies, who rustle up a great breakfast thali comprising bajra rotlas, spicy garlic chutney and lumps of raw sugar, arrive a few minutes after us.

As soon as they land, one goes in search of dried wood to re the stove, while another begins kneading dough; thick rotlas are soon roasting on an ancient- looking iron pan. Needless to say, their smoky aroma, coupled with rich unsalted butter, makes for a delicious bite. Sailesh is in a benevolent mood after the meal, taking us back the long way around, and we go past many little islands that offer a view of the lake’s avian population.

Our boatman also recommends going to Vadla Dam, 18 kilometres to the north of Nalsarovar. “The birds are plentiful over there and you’ll have the whole place to yourself,” he whispers, as if afraid that this juicy bit of information will travel over the water and reach tourists on neighbouring boats. We take his advice and drive there. The unsealed roads are dimpled with craters, and I grimace as the car’s underbelly occasionally scrapes the road.

Luckily, Vadla delivers as promised— we see purple herons and painted storks right from within the car. On the wetlands around the dam, a solitary purple moorhen lounges with a sedge of demoiselle cranes; egrets are perched plentiful on the shrubbery. Satisfied with our sightings that morning, we head towards the Modhera Sun Temple. It is almost always deserted, and has a beautiful stepwell adjacent to it, perfect for moments of contemplation. Today, eight school buses wait in the parking lot, but the kids are so in awe of the architecture that they mostly keep mum.

Our avian adventure and temple strolls mean we can’t make it to Jaisalmer that night, so we halt at Sanchal Fort Hotel in Barmer, Rajasthan—its spacious,  airy rooms are a comforting oasis in the desert. The cook serves a fiery lal maas that is cooked to perfection—the meat curry is to Rajasthan what vada pav is to Maharashtra. Scrambled eggs at breakfast don’t quite meet my benchmark, but a beautiful morning, and the tarmac in Rajasthan saves the day.

A hilltop view of Suryagarh, Jaisalmer

Though dunes envelop both sides of the road, visibility is great; there are no surprises waiting to jump onto the road, meaning I can stretch the car’s legs a bit. We encounter camel carts, herds of livestock and a few cars but all in all it is a quick dash of two hours from Barmer to the Suryagarh hotel in Jaisalmer. The five-star property truly makes you feel like royalty, right from the rose petals that shower down upon you during entry. A modern construction built in the style of a medieval fort, the hotel’s sprawling expanse is perfect for rest and repose. Numerous peaceful nooks line Suryagarh’s courtyard, and peacocks prance about its lush lawns.

We plan to grab a bite and head out towards Jaisalmer Fort, but there is nothing ‘quick’ in the Rajput cookbook, and nothing that can be rushed in their code of hospitality. After a lavish lunch, exertion or exploration doesn’t seem very attractive, so I spend the rest of the day lounging on the comfortable bolstered couch in a shaded garden pavilion. By 6.15am the next day, we head to the fort.

Popularly called Sunehra Qila due to the honey-gold sandstone hues at sunrise and sunset, it stands as a regal symbol of the hardy survival instincts characterising the people of Rajputana. Founded by Bhatti Rajput ruler Rawal Jaisal around 1156 CE, the fort was strategically placed on the old caravan route between the Far East and Central Asia. With the rise of the shipping trade and development of Bombay as a port, the town would have gone the Hampi way and become a ruin, if it were not a perfect border outpost, as proven in the 1971 Indo- Pak war. Today, Jaisalmer is a bustling tourist town. Mazes of colourful bazaars, intricately carved Jain temples, and restaurants serving authentic cuisine dot the area. A government-authorised bhang (marijuana) shop also sells loaded lassis and psychedelic cookies. Just outside the fort are famous havelis, their exquisite design and sheer richness an indication of a once prosperous community. The Patwon ki haveli is the one to watch out for, as is the haveli of Salim Singh.

Interestingly, the latter was an ambitious Prime Minister who tried to rival the then Maharaja by building a mansion two storeys higher than the king’s palace— unfortunately, the king tore it down.

That evening, we drive to the Sam Sand Dunes. Forty kilometres to the west  of Jaisalmer, it is home to a camel and sand fair that comes alive every evening, where locals lead tourists on gaily-decorated rides into the Thar Desert. One also has a choice of going on camel carts, or hiring a jeep.

The road from Jaisalmer to Bikaner promises to be good someday, but ongoing road works mean there is no pleasure in the journey. However, the Narendra Bhawan Palace is a luxury boutique hotel in Bikaner that is perfect for relieving this driving-induced stress. Recently revamped with touches of 1920s architecture and furnishings, the palace’s quirky rooms are decorated to celebrate various periods in the life of Narendra Singh, the last reigning Maharaja of Bikaner. It is a modern-day manifestation of memories, housing colourful stories within it storeys. The rooms are differentiated as follows: Residence, Prince, Regimental, India and Republic, each representing different phases in the king’s life as he went from a young prince during the British Raj to a proud member of the young republic.

Within 500 kilometres of Delhi, we  do not want to get mired in the mayhem of rush hour traffic, so we leave exactly at 3.59am. The temperature hovers around the 4° mark, and the roads are not only satin smooth but also delightfully deserted. I slot the car into Sports mode, where it mimics a lioness out on a hunt, slight touches to the throttle delivering instant bursts of speed. We cover 300 kilometres in less than three hours as Rajasthan starts to break its slumber; by the time we cross into Haryana from the Jaipur-Delhi road, it is wide awake. This drops our average speed by more than half, and we need four hours to cover the remaining distance. There are more than 150 flights a day between Mumbai and Delhi, and more than four quick overnight trains. Even taking the most direct route by road gets you from the financial capital to the national capital in about 19 hours. However, our aim was to take an unusual route to enjoy the journey, and the relationship between the car and these two magnificient states delivers a triad that abounds in delight. 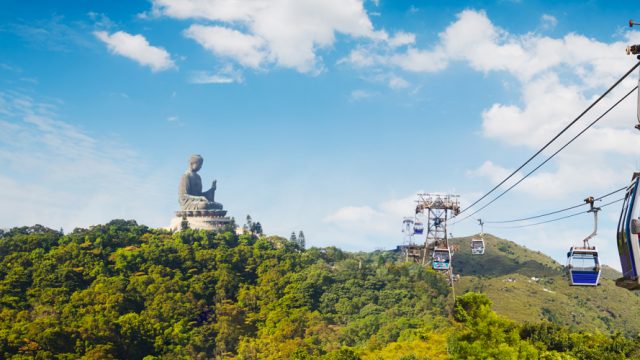 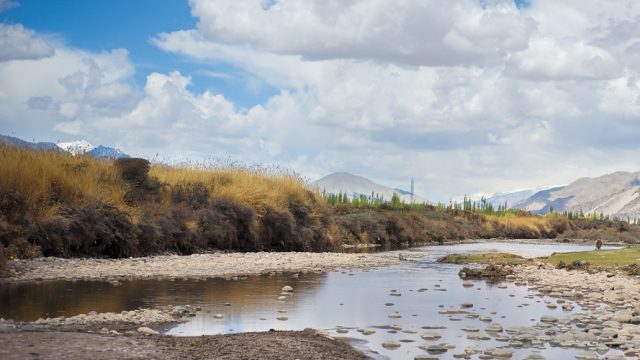 Exploring Ladakh And Its Remote Corners