of a new home. After travelling for days through the jungle, they selected a place near Kondagaon, made a small clearing and built a house. It was here that a seven-year-old Jaidev began working with his father at the traditional craft of their family, casting metal sculptures by the delicate ‘lost-wax’ method. Today, he is an internationally acclaimed practitioner of his craft and runs a workshop with members of his family and some apprentices.

The national award winning artist Dr Baghel, who is in his fifties now, is keen to share the stories of his people, their devis and devas, as also his worries, induced by the expansion of civilisation. “So many things have changed,” he says. “We are made to feel guilty or inferior in so many ways and our culture is mostly dictated to, not by our elders, but by the ‘rulers’. We no longer go to melas and sell and buy what we make ourselves. The mela today is flooded with commercial goods made in city factories. Our dancing too has been reduced to a mockery, with tourists plying some of us with drinks to make us pose and dance for their cameras! This is no longer our mela.” Later, I am reminded of his concerns when, a little high on some palm-extracted sulphi (a sour, cooling locally brewed liquor), I watch a giggling group of colourful children dragging an equally colourful 25-foot dinosaur in a mela-cum-haat.

All that is no reason, however, to conclude that Bastar is a tribal hinterland spoilt by civilisation. Nor is it a romantic outing to some quaint world of adivasis. Go to Bastar to explore the complex relationships between tribes and contemporary civilisation.

Base your journey on the infinite possibilities that Bastar offers, the manner in which it seamlessly combines the demands of work with the joys of life. A possibility I discovered one day when the driver of the taxi I had hired disappeared for the night —because he had heard about a wedding in a nearby village and was “not capable of missing an opportunity to dance”. It is indeed this synchronised rhythm of dances, the heady scent of the intoxicating local brews and people like my spirited cabby that give Bastar its unique charm.

Things to See & Do
The best way to see Bastar is to set up base in Jagdalpur, the administrative centre of the district, and make excursions to the areas around. The town is situated on the banks of the Indravati River and is well laid out and comparatively clean.

The Zonal Anthropological Museum in Jagdalpur could be your first foray into Bastar’s unique world. It gives you an idea of different tribal groups, their customs and forms of worship. The tribal groups — mainly sub-groups of Gond — include Abuj Maria, Dandami Maria, Muria, Dhurwa, Dorla, Bhatra and Halba.

Further ahead at Jagdalpur, at the head of the main bazaar, lies the royal enclave. Known as Bastar Palace, it is out of bounds for tourists, although the Durbar Hall is open to visitors invited by the Rajmata. The Dalpatsagar Lake is nearby. In winters or after the rains, you can avail of boat rides on the lake (anything between ₹10 and ₹50 for half an hour). Close to the lake is the splendid Danteshwari Temple.

Around Jagdalpur
Chitrakote (38 km NW of Jagdalpur)
This is where the Indravati River bids adieu to the plateau of Bastar and plunges 94 ft down a ravine. The horseshoe-shaped Chitrakote Waterfall is the most advertised tourist spot of the region. The picturesque locale was home to Verrier Elwin.

Bastar, supposedly part of Dandakarnaya of Valmiki’s Ramayana, is filled with forests. A must-see is the Kanger Valley National Park, home to the Dhurwa tribe, an easy ride from Jagdalpur. There is a Forest Suraksha Samiti, a cooperative comprising villagers working as guides and guards in the park. If you just want to visit the park, start from Jagdalpur in the morning. When you get to the entrance of the park, hire a guide who can show you around the stalactites and stalagmites in the Kutumsar and Dandak Caves. Do not miss the sunset at the Kanger Dhara River or a visit to the scenic Tirathgarh Falls.

The remarkably scenic Tirathgarh Waterfall cuts a path down the hills

For a tryst with the wild, travel through the dense cover of the sal, sangwan, mahua and rhoni trees. If you’re lucky, you’ll spot some wildlife (no tigers have been reported in the last census, but a panther sighting is possible) or at least their footprints. You also get to understand better the relationship of forest dwellers with the environment. The National Park is open from November to June, but you can visit the Tirathgarh Falls round the year. Entry fee Indians ₹15, foreigners ₹150 Timings 8 am-4 pm Car/ Jeep ₹50 per head Guide fee ₹25 for a group of 8 Still camera ₹25 Video ₹200. Private taxis from Jagdalpur charge approx ₹ 2,000 for a full-day visit to the park and back. Best to enter the park before 3 pm.

Dantewada (85 km SW of Jagdalpur)
At the confluence of Dankini and Sankhini rivulets is the Danteshwari Temple of the tutelary deity of the Kakatiya kings of Bastar —the six-armed black Danteshwari, now appropriated as one of the Shaktipeeths. A tooth of the Shakti consort of Shiva is said to have fallen here. The temple has been renovated many times. The Kakatiyas are reported to have given it a facelift in the 14th century. However, the temple as it stands now is a result of early 20th century renovation. Timings 9 am-9 pm; closed 1-1.30 pm.

Barsur (90 km W of Jagdalpur)
In the 11th century, Barsur was the capital of the Nagavansi dynasty. This kingdom, known as Chakrakot, fell prey to several incursions from the South, including one by the Kakatiyas under Annam Deo, who established his rule in Bastar around 1424-25. Bastar remained under the control of Kakatiyas till modern times.

At Barsur (on the Bastar-Dantewada border), you can see the ruins of a temple complex, the origins of which can be traced to the 12th century. The temples include a Shiva Temple (built in1109 CE), with 12 stone pillars carved on the outside, with nude figures. A 19th-century ruler had them defaced.

A ruined Ganesh temple is situated nearby. The 50-foot-tall Mama Bhanja ka Mandir is better preserved and has carvings replicating bells hung from chains. Another Shiva Temple has a common court of 32 pillars. These temples point to the existence of Hinduism in the region, but neither its origin nor the reach it had are known as of now.

Artisans in Bastar sell their handicrafts to various co-operatives, which have their outlets in Kondagaon, Parchan Pal and Kumharpara villages. An estimated 15,000 artisans work with bamboo, jute, terracotta, wrought iron and bell-metal and create simple yet enchanting objects. Nagarnar (20 km from Jagdalpur, and off NH43 towards Visakhapatnam) is well known for its terracotta work; Kondagaon (70 km away on NH43 en route to Raipur) has many bell-metal artisans including Dr Baghel. Close to Kondagaon is the Bastar Aadi Shilpa craft centre in Bhelvapadar. Kumharpara (74 km away, 1 km from NH43 on Narainpur Road) has beautiful terracotta items at Saathi Samaj Sewa Sanstha where you can also see artisans at work. At Chilkuti (20 km from Jagdalpur), you can pick up bell metalcraft items.

The craft of casting bell metal by the lost-wax process is the most popular art form here. The process involves making a mould with a thread drawn from bee wax, between two layers of clay. Molten metal is then poured into the mould and the wax drained out. The method, called ghadawa  or dhokra, is used to make idols.

The haat is generally dominated by women except in one arena — that of cockfights, where men rule the roost as cock-trainers or punters.

But the village haat is now fast changing its character, influenced inequal measure by the permanent markets in town and the invasion of plastic. One unchanging practice, though, is the consumption of the local brews. Landa and mad are brewed from rice and mahua respectively, while sulphi  is the fermented sap of the palm tree. The brews are treated as refreshing ales and are served free.

Chitrakot
Damdami Luxury Resort (Tel: 0771-4066415; Tariff: ₹1,500) has an enviable location next to the Chitrakot Waterfalls. It has 6 double-bed cottages, a dining hall, a multicuisine restaurant, and a great view of the falls.

Kanker
The Kanker Royal Palace (Tel: 07868-222005, Mob: 09425226506; Tariff: ₹8,000-12,800, with all meals), en route to Jagdalpur, also accepts guests with prior notice. It has 8 rooms on offer. You get to enjoy meals with the royal family and watch local cultural programmes. The palace arranges tours to some tribal villages and handicraft centres.

Where to Eat
It’s best to dine at the hotel at which you are staying as Bastar doesn’t have many restaurants. Most hotels have restaurants which serve the standard South Indian, North Indian and Chinese fare. The Bastar region is known for its fresh fruits and greens, especially post-monsoon gigantic papayas and custard apples which sellers pile high along the roadside for custom. Hotel Batra in Raipur is popular for its hearty Punjabi fare. 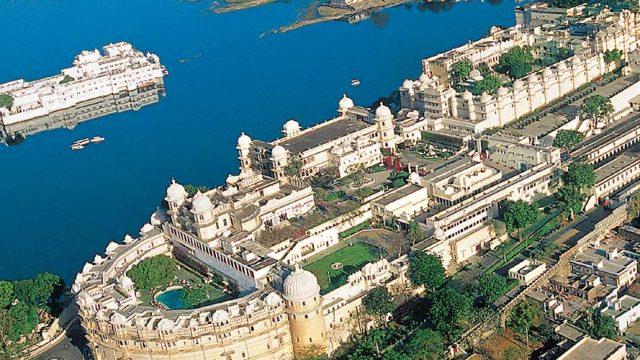 Here’s everything you need to know about the grand city 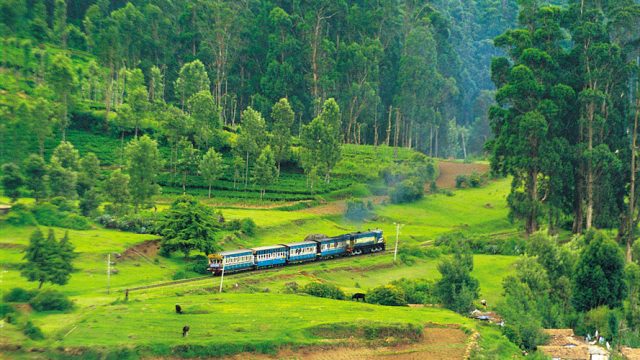 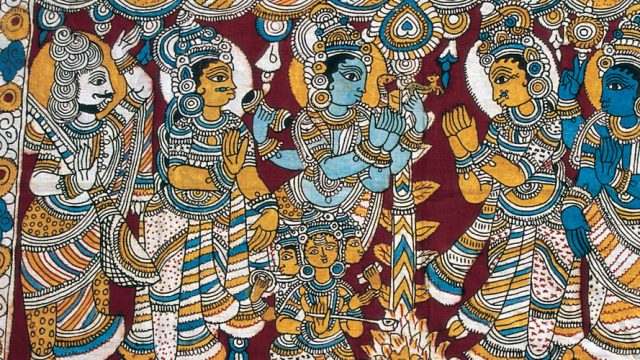