Known for having one of the richest street food culture in India, Kolkata is a treasure trove

for gastronomes from around the world. Here are some top picks from the vibrant gullies of the City of Joy:

An egg-chicken kathi roll being prepared

Undoubtedly, this is the blue-eyed boy of Kolkata street food. Historically, the head of Nizams, on request from a foreigner gentleman, wrapped the meat in a parantha and the legendary Kathi Roll was born. The meat for stuffing is mostly charcoal grilled or shallow fried on a griddle. Ketchup and chilly sauce and slices of onion and green chilly are used as the stuffing along with the meat. Nizams, behind New Market, still prepares a good one with light flaky parantha and smoky charcoal grilled mutton or chicken boti kebabs.

A phuchka seller in Kolkata

If Kathi-roll is the king of Kolkata street food, fuchka is definitely the prince. They are hollowed maida balls, filled up with the spicy potato filling and dipped in lemon flavored tangy tamarind water. One needs to just have a big mouth (pun intended) and love for spices to enjoy them. Though they are available across numerous vendors across the city, Durga Pandit Stall beside Vivekananda Park, is one of the safest bets.

If somebody talks about the eternal, quintessential Bengali tea-time snacks, it is definitely Telebhaja- basically fritters of various vegetables. Be it Beguni/ aloo r chop or peyaji, an evening adda in Kolkata is probably incomplete without them. And, the cult place to have them is the legendary Laksmi narayan Shaw and sons in Hatibagan, North Kolkata.

A plate of steaming hot momos

There are few food items we simply love. And definitely momo is one of them. Momos are mostly made with a stuffing of chicken, mutton and pork. Nobody realized when this cute, small meat dumplings became a part of Kolkata’s daily life. Just a couple of decades back, few non-descript shops near Bishop Lefroy Road used to sell them, but today, Kolkata can boast of a business which has built an empire from the same, humble dish. And if someone wants to experience it, the cult place is Tibetan Delight, tucked in a small lane beside Bishop Lefroy Road.

Ghugni , made with dried peas is another popular snack in Kolkata

Kolkata has got a sizable population of Gujrati and Marwari community. And apart from great business sense and politeness, another thing what they’ve given to this city is a variety of lip smacking chats. From Papri chat to Dahi Valla to Samosa Chat to ghugni, the list is almost endless. The taste mostly ranges from sweetish and with a tangy aftertaste and can be easily customized as per the customer preference. And the tangy-sweet nature goes really well with Kolkata palate. One of the best area to have them is beside the Vardaan Market, Camac Street. 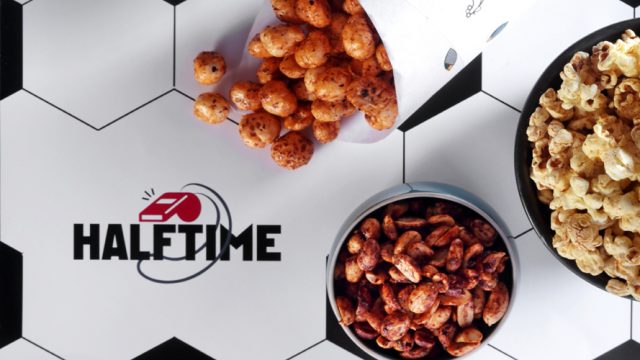