Gujarat Assembly elections are scheduled for December 1 and 5 in two phases, with the Aam Aadmi Party (AAP) appointing 62 office-bearers.

On the fourth day of the Maharashtra leg of the Rahul Gandhi-led 'Bharat Jodo Yatra', prominent NCP leaders joined the Congress. Submit Documents On The Dispute By Nov 23: EC To Sena Factions

Eknath Shinde and Uddhav Thackeray's Shiv Sena factions have been asked to submit fresh documents backing their claim to the party's name and symbol by November 23.

Rutuja Latke , who contested the byelection from Andheri East as the candidate of the Shiv Sena (Uddhav Balasaheb Thackeray) faction with the support of NCP and Congress, has emerged victorious. On Tuesday, the Bombay High Court will decide on the bail application filed by former Maharashtra home minister Anil Deshmukh. Sharad Pawar was allegedly labeled a black magician by Maharashtra BJP chief Chandrashekhar Bawankule in a statement on Saturday. Maharashtra: Why No Resignations Before Joining Hands With Congress, NCP, Fadnavis Asks Uddhav

Speaking to reporters at the airport here, Fadnavis asked if Thackeray's legislators had resigned and faced the electorate afresh after he broke the alliance...

Maharashtra: Have Not Levelled Personal Allegations Against Pawar, Says Bawankule

Bawankule had recently said that the BJP would win Pawar's home turf Baramati in upcoming polls, which had invited a sharp rebuke from the NCP.

People Not Buying Shinde Views On Revolt; Most Of His MLAs Will Face Poll Defeat: NCP

Shinde, who raised a banner of revolt in June and walked away with nearly 40 Sena MLAs, has repeatedly claimed the party under Thackeray's leadership had...

G-23, the members of which were lampooned by Congress loyalists after their letter became public on August 24, 2020, has virtually disintegrated over the last...

Sharad Pawar has remained under the radar since the MVA Government was brought down by rebellion in the ranks of the Shiv Sena. His period of 'resting' makes...

Women Will Be Inducted In Maharashtra Cabinet In Next Expansion: Devendra Fadnavis

Devendra Fadnavis said in Mumbai, There will be women in the next cabinet expansion for sure. Earlier, people were critical of us for delay in the cabinet...

Parliament Monsoon Session: Congress and other Opposition members protested against the ED action, GST on essential items and price rise.

Congress chief Sonia Gandhi was involved in a face-off with Union minister Smriti Irani in Lok Sabha over ‘Rashtrapatni’ remark.

Opposition Continues Its Protest Over Price Rise In Parliament, Seeks Discussion In House

Parliament Monsoon Session: Leaders of various parties, including the Congress, NCP, CPI, CPI-M, Shiv Sena, DMK, RSP and some others, gathered outside Mahatma...

Yashwant Sinha, who was Opposition’s candidate for Presidential election also congratulated Droupadi Murmu saying every Indian hopes that as the 15th...

'I Have Been Suppressed For A Long Time': Eknath Shinde’s Emotional Speech In Maharashtra Assembly

Maharashtra CM Eknath Shinde said the rebellion led by him last month was a fallout of the ‘unfair treatment’ meted out to him—an apparent reference to... 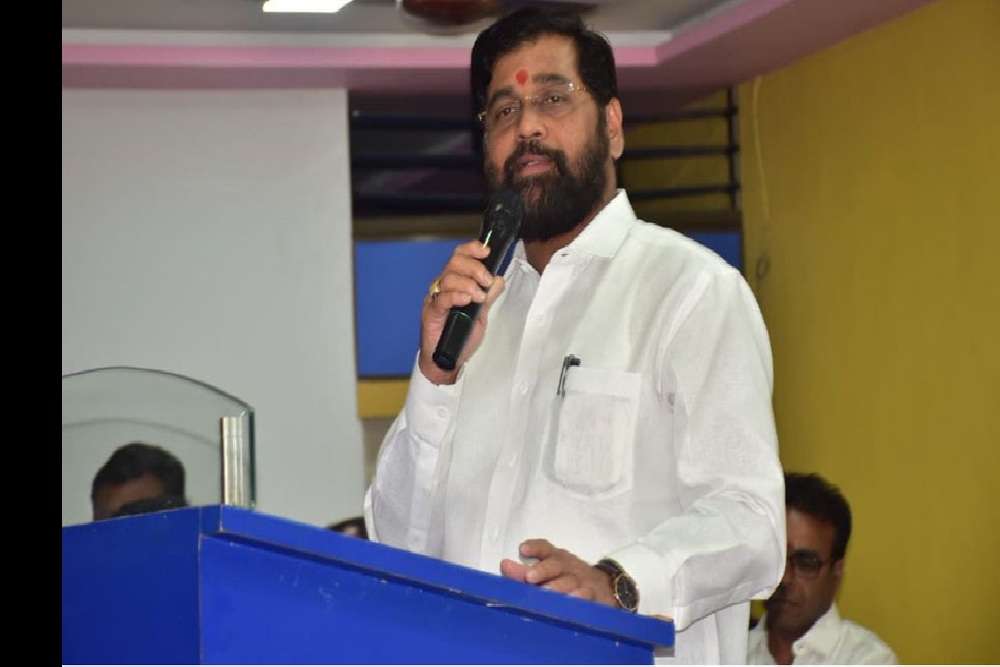 From Auto Driver To CM Of Maharashtra, The Journey Of Eknath Shinde As A Shiv Sainik For Over Four Decades

Eknath Shinde did odd jobs early in his career, and came under the influence of Shiv Sena supremo Bal Thackeray in 1980.

Maharashtra: The group led by new CM Eknath Shinde voted in favour of BJP's Rahul Narvekar as the Speaker, while 16 MLAs from Uddhav Thackeray-led camp voted...