Oscars 2022: Gender, Caste And Class Were Irrelevant For Makers Of 'Writing With Fire'

Oscars 2022: Gender, Caste And Class Were Irrelevant For Makers Of 'Writing With Fire'

Co-director Sushmit Ghosh of ‘Writing With Fire’ says, 'the protagonists of the film are Dalit women and they are championing the true values of journalism, democracy and doing it in the most compassionate way possible.'

Writing With Fire is about ordinary women journalists with extraordinary spirit. Often, these women journalists are seen reporting from the field amid a crowd of men. It shows the operation of the journalistic landscape in Uttar Pradesh, where most of the mainstream press is upper-caste men, and when they made the digital shift way back in 2016, the women in Khabar Lahariya were participating in a so called  'male domain'. The film starts with the women journalists of Khabar Lahariya, elated at the arrival of their mobile phones. The film completely inverses the white gaze.

For too long, we have had western filmmakers coming to India and giving us stories of poverty and how Indians need to be helped. But here was a change brought in by Sushmit Ghosh and Rintu Thomas talking about a women’s story and how they cracked it in spite of all odds in the patriarchal media world.

Sushmit Ghosh and Rintu Thomas broke the internet with their reactions recently as Writing With Fire earned a nomination at the Oscars 2022. It isn’t easy to have an independent documentary film on the list of nominations. If you look at the history of the Academy Awards, you will barely see an independently produced documentary that is not backed by seasoned producers. The fact that Writing With Fire is a film from the global south, makes this nomination more special.

One sudden day, filmmakers Sushmit Ghosh and Rintu Thomas saw an online photo story of a woman distributing newspapers in Uttar Pradesh called Khabar Lahariya which is run, edited and distributed by women, most of whom come from the marginalised communities -- Dalit, Muslims or tribal identities. And that’s how the gradual process of the birth of Writing With Fire happened.

In an exclusive conversation with Outlook, Sushmit says, “We reached out to them and fortunately that was the time they were making a decision to make a shift from 14 years of print to digital. So, they invited us to their office to meet all the women journalists on the ground. One of the first rushes of the film is actually a meeting where all the 28 journalists of Khabar Lahariya are sitting for an editorial meeting and Meera, who was then the bureau chief, was making a very strong pitch on why they must shift to digital. What was fascinating to watch was that they were having nuanced conversations about the future of print news and the urgency to shift to digital - conversations that were then playing out across major journalistic institutions across the world.” 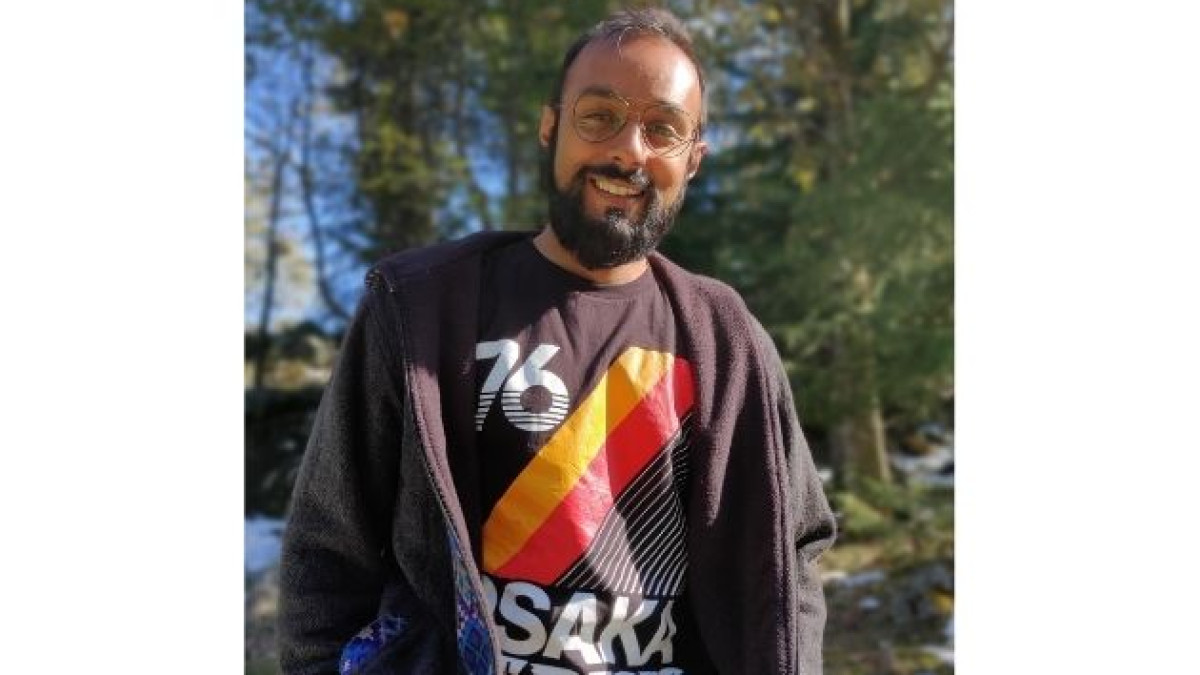 These were high-level conversations for changes that were happening globally in 2016 for the digital shift in all media houses. Sushmit and Rintu started filming in 2016 and it took them five years to complete the project and about a year of editing it. Sushmit says, “All the elements of a very interesting and intriguing story were in place. And we had compelling characters, so we decided to develop this as a feature-length documentary.”

The story is seen through the eyes of three journalists in the organisation. Meera, who was leading Khabar Lahariya’s digital transition, and two of her reporters. And all three of them were at very different stages in their personal lives. And it also looks at how women navigate the complexities of their personal and professional lives on a day-to-day basis, to live their dreams.

Sushmit narrates that when Khabar Lahariya made a digital shift, most of their male peers in the industry commented that "Kaya kar logey aap. Ek mobile phone sai thori na news banti hai" (What will you achieve? News is not made with a mobile phone). But within a few years, they became a digital news force to reckon with. He says, “Their explosive growth has been organic and if you look at their YouTube channel, I think they have crossed 170 million views. When the pandemic hit, the rest of the men in the local news landscape were struggling to figure out this shift because they were used to reporting with pen and paper or with clinky cameras. All this while, Khabar Lahariya was literally reporting from the ground, covering stories that the mainstream press was not covering, which led to significant impact and this really fuelled their popularity and growth and they are now operating in three more geographies – Madhya Pradesh, Bihar and Jharkhand."

Indian Documentary 'Writing With Fire' Gets An Oscar Nomination

David Alrich On Everything That 'Shane' The Documentary Is About

Talking about the challenges faced by Sushmit on being a documentary filmmaker in India, he explains that in terms of structures in India, there are no formal systems of support for non-fiction in India. There are no public funds or grants available for artists and this is a huge hurdle, especially if one is embarking on developing a feature-length documentary.

He says, “And if I were to talk about the filming itself, we were sometimes working in challenging environments. So, we had to work with a lean crew of three, focussing on strategically using minimal equipment, filming this project with DSLRs. And finally, the edit itself was a herculean task because of the complexity of the story because we are talking about gender, caste, democracy, journalism, technology and had a multiplicity of characters in the film. So it had to be layered, yet seamlessly stitched.”

Sushmit and Rintu were ambitious about the film. Sushmit says, “We knew we had a story which was as complex as it was rich and engaging. And we always imagined premiering the film at an A-list festival. The film had its world premiere at Sundance, where it won two awards and has had a wonderful run in over 100 film festivals through 2021. It has picked up 30 international awards and has truly been embraced by a global audience. For too long, we’ve had Western narratives about India that focus on extractive storytelling.”

Writing With Fire is a very different story from India. The protagonists of the film are Dalit women and they are championing the true values of journalism and democracy and doing it in the most compassionate way possible. This film gives viewers hope, despite the times that we’re witnessing and living in, and that is the reason probably the film has found so much love with audiences.

Treatment of the film

Gender, caste and class were irrelevant for the makers of Writing With Fire. Sushmit says, “We were really interested in anchoring the film in the personal stories of these women - compelling journalists with great amounts of courage and wit. And I feel in our popular culture, templates of Dalit women with their own agency are almost missing. Stories around minority communities are usually designed around victimhood. Over the last decade, we’ve worked a lot in rural communities, filming short documentaries and our stories have been about outliers creating shifts and transforming their communities. So, when the journalists at Khabar Lahariya saw our previous work, they trusted our process and our optics. So, it was very important for us to tell this story and craft it with a sense of urgency, yet tenderly and that’s essentially what we did.” 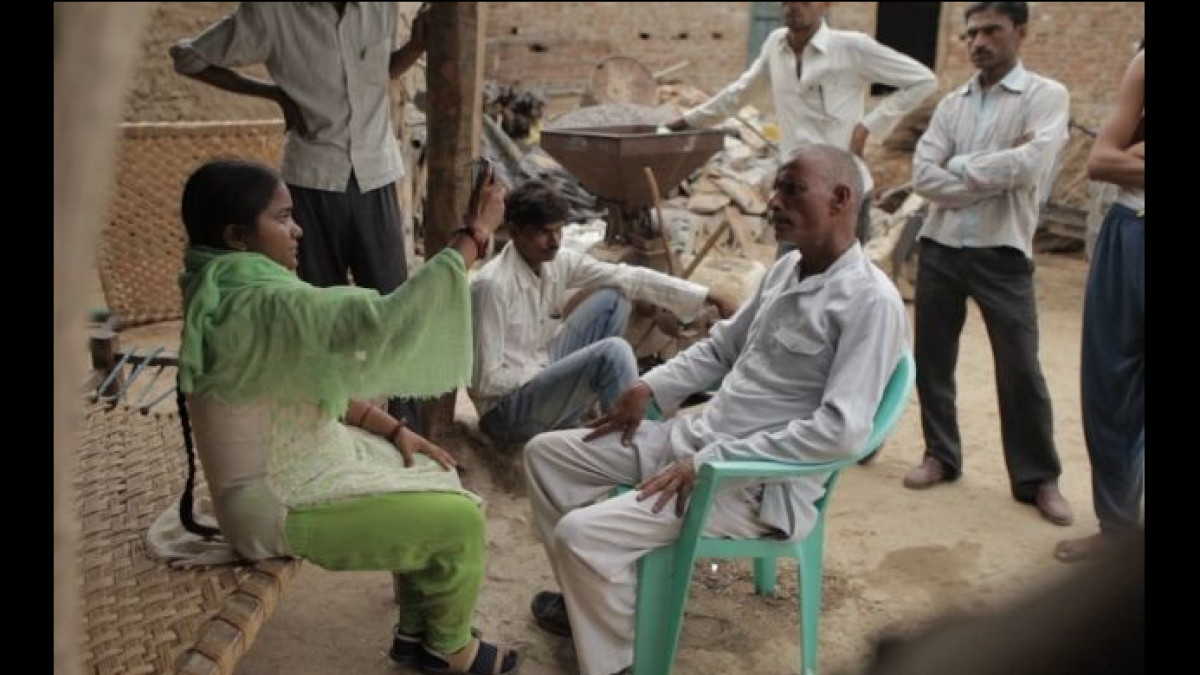 The fourth estate is under massive duress across the world. And Sushmit and Rintu felt that here was an opportunity to spotlight the work of a news institution that is working with an independent, feminist lens, operating in media-dark geographies in the heart of India. The film points to the work of Khabar Lahariya, which is almost a moral compass for what journalism ought to be. Sushmit adds, “I look at the film essentially as a document of what journalism in a democracy ought to be and how it can transform and revive citizenship, and the meaning of citizenship itself.”

It’s a story that is witnessed across the world about independent journalism in democracies. He adds, “I think that’s also the flavour of the film as it essentially talks about the true value of good journalism in a democracy and how it can transform and revive citizenship and the meaning of citizenship.”