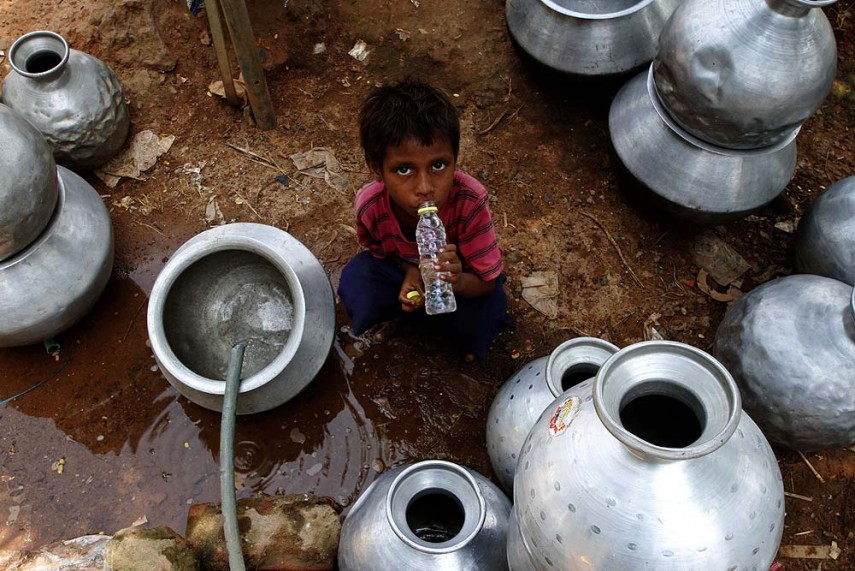 As the world celebrates Water Day today, on March 22, to create awareness towards tackling the water crisis, India's capital city still grapples with terrible shortage of drinking water.
Though numerous reports suggest that the tap water in Delhi still remains to be largely 'unfit for consumption', the Delhi Jal Board (DJB)-- the body responsible for water supply in the capital-- has repeatedly refuted all the findings saying "water all over Delhi is potable."
A recent study by Consumer Voice, a consumer rights’ group, which collected samples from 23 locations, also found that most of the water was fit to drink, as per the 'Indian standards'.
This raises a very alarming concern- are the Indian standards so loosely designed as compared to those in developed nations?
According to the Indian Standards poisonous bacteria (E. Coli) count of up to 10 is permissible in a sample of 100 millilitres of water which should be zero or not more than 5% in any given sample. E.coli in drinking water indicates the water has been contaminated with fecal material that may contain diseasecausing microorganisms, such as certain bacteria, viruses, or parasites.
Contradictory Reports
A media report suggests that almost 70% of supply water is unsafe for drinking. The MCD in it's research found that 7 out of 10 collected water sample in impure. "At least 20% of Delhi people are not getting drinkable water by Indian standards," former chairman of MCD’s public health committee, Dr VK Monga was quoted as saying.
Earlier, Union Minister for Consumer Affairs, Food and Public Distribution Ram Vilas Paswan also pointed out the anomalities in the potable water supply. "Nobody can drink tap water in Delhi. Delhi's water is not safe for drinking, though there are quality standards in place," he said.
Reasons for Water Contamination
The MCD study had revealed some shocking details regarding the tap water that would even make it difficult for the consumers to gulp it down the throat.
The E. Coli bacteria's presence is indicative of the fact that the water is certainly contaminated by the sewer waste. However, three main causes for water pollution in Delhi can be compressed to— Algal growth and related contamination in the water pipes of supply system, mixing of sewage water with drinking water in case of breakage of pipelines and outlived water pipe system.
As per census-2011 report, 30.80% of the rural household and 70.60% of the Urban Households have access to tap water supply. The NDA Government had also designated 2017 as the year to ensure that atleast 50% of rural households are provided with piped water supply.
In the same report, government claimed that 81.90% of Delhi's urban household is covered under tap water supply.