World War Between Uber And Ola

It was a war of who blinks first. Meanwhile, consumers were getting free rides and the company shareholders were on an interesting ride... 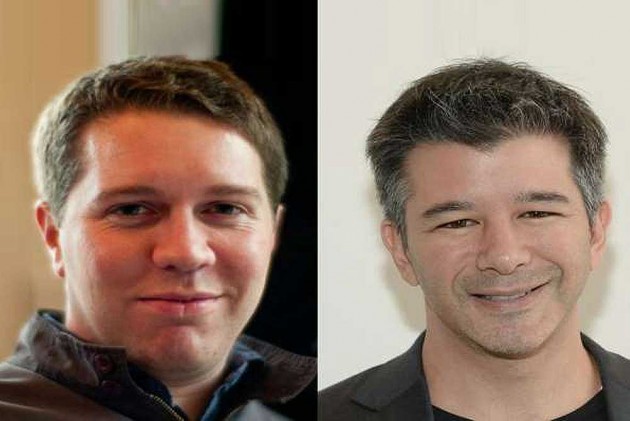 Uber was founded by Travis Kalanick and Garrett Camp in the bottom of the recession in March 2009. Garrett had moved to San Francisco from Canada in 2006 after getting funding for his venture StumbleUpon from Ram Shriram. I had met Garrett and his co-founder within a month of their move and was pitching a browser-based instant messenger as part of their web recommendation engine. Garrett’s Uber co-founder Travis had dropped out of college in California in 1998 to start a company called Scour with his classmates. Scour let users search and exchange multimedia content using a Napster-like peer-to-peer file sharing application. After Napster was deemed illegal and brought down by the music industry, Scour was deemed illegal too. Like Napster, Scour had to file for bankruptcy to protect itself from a lawsuit. Travis and Napster co-founder Sean Parker were good friends. Legend has it that after the fateful dinner where Parker met the Facebook founders for the first time, the dinner where Rakesh could have been, Sean hung out with Travis in a bar in New York. After Scour, Travis had started another peer-to-peer file sharing company called Red Swoosh that was eventually bought by Akamai for $19 million in 2007. Uber’s founders were repeat entrepreneurs from the Internet wave and the globalization wave. They ended up creating the company that defined the on-demand economy for the world in the smartphone wave. I was star-struck when I accidentally saw Travis in the corridors of Uber’s San Francisco headquarters in April 2015 while visiting a friend.

Uber first launched in India in the city of Bangalore in August 2013. At the time, competing service Ola did not focus on their mobile app for hailing cabs. Ola used to receive most of their taxi bookings through the phone and web. Ola launched their new app in early 2014 to compete with Uber’s app-only strategy. Riders open the app, see the cars available in the neighbourhood, pin their location and order the cab to come to them. Riders can see the cab coming to them on a map with an estimated time of arrival (ETA) in real-time. After the ride begins, the per-kilometre billing rate is metered in the driver’s app. Riders see an automatic bill at the end of the ride and the amount gets charged using the payment method chosen at the time of hailing the ride. Both Uber and Ola charge the driver a commission for each ride.

In the late summer of 2014, a war began. To get more riders on the service, both companies slashed rates for riders and provided them with promotional coupon codes to get cash discounts on their rides. Both companies started giving additional incentives and bonuses to drivers on top of their earnings from rides. Since many drivers were signed up with both services and the apps were publicly available, it was easy for each company to determine the other’s pricing and incentives within hours of any change. Within a year, both companies had invested hundreds of millions of dollars in these incentives and were losing money on every ride. During this time, both services experienced phenomenal growth in rides and were being rewarded by global funds for their growth.

Just like a proxy war between owners of US and Chinese e-commerce companies was unfolding in the Indian battleground, a proxy war between owners of US and Chinese cab companies was unfolding in India as well. In February 2015, China’s two largest app-based cab companies Didi Dache and Kuaidi Dache merged together to compete with Uber. The combined entity Didi Kuaidi was backed by Alibaba, Tencent, Tiger, SoftBank and DST. After the merger, Uber was blocked from Tencent’s chat app WeChat, the Whatsapp of China and an essential source of getting bookings. The combined entity had a market share of nearly 80 per cent, while Uber had little over 10 per cent. In the third quarter of 2015, the investors in Didi Kuaidi put together a war chest of $3 billion in the conglomerate to create a global consortium of ride hailing companies to compete with Uber. In May 2015, Didi Kuaidi and others invested $150 million in Lyft, Uber’s competitor in the US. In August 2015, Didi Kuaidi and others invested $350 million in GrabTaxi, the Uber of Singapore backed by Tiger and SoftBank. In a combined press event organized by Lyft and Didi Kuaidi in the US, the investors said ‘The assets under management and market cap of our key shareholders exceeds $2 trillion in aggregate, and they are all here to witness our partnership with Lyft’.

Ola had been signaling since May that they were looking to raise $500 million at a valuation of $5 billion. In September 2015, Ola announced raising $225 million from existing investors and continued to leave room for a lead investor to fill up the $500 million round. It seemed unusual to announce a round of investment without a lead. There was speculation in the local and international media about who would lead the $500 million round. Due to Didi Kuaidi dragging their feet, it was expected that existing investors would fill up the round with Didi Kuaidi participating with a token investment. Didi Kuaidi and Ola shared many of the same investors – Tiger, SoftBank and DST. At the same time as Didi and Kuaidi’s merger in early 2015, India’s two largest app-based cab companies Ola and TaxiForSure were going through an investor-driven merger as well to compete with Uber. Like in China, the combined entity had a market share of nearly 80 per cent, while Uber had a little over 10 per cent. Didi Dache was valued at $16 billion, Ola at $5 billion, Lyft at $2.5 billion and GrabTaxi at $1.5 billion. Seen in aggregate as a conglomerate, they were valued at $25 billion, a little under half of Uber’s valuation at $51 billion. Uber operated in 58 countries and 300 cities worldwide. In India, Ola operated in over 100 Indian cities while Uber operated in 20. Excluding cab drivers signed up for the service, Ola had over 8,000 employees in India and Uber had a few hundred.

The war was getting bloody. The day-to-day strategy for the local company was to create a country specific playbook to retain the leadership position. The day-to-day strategy for Uber was to adapt their global playbook to learn the local market, even if it meant losing that much more money per ride as the multiple in market share, so that it could bleed out the local player for a dollar to a dollar. For example, if Didi Dache had 7 times more market share than Uber, Uber would bleed 7 times more money per ride than Didi Dache, through driver incentives and discounted ride rates. Same was the case in India. Uber’s strategy was to bleed out the competitor’s funding and their CEO did not hesitate in sharing this strategy with investors looking to invest in the competitor. Uber’s higher valuation made it that much easier for them to raise more money than the competition. Then again, the investors that Uber was up against had far deeper pockets and willingness to win China than Uber’s investors who might be satisfied with other profitable international markets. It was a war of who blinks first. Meanwhile, consumers were getting free rides and the company shareholders were on an interesting ride.