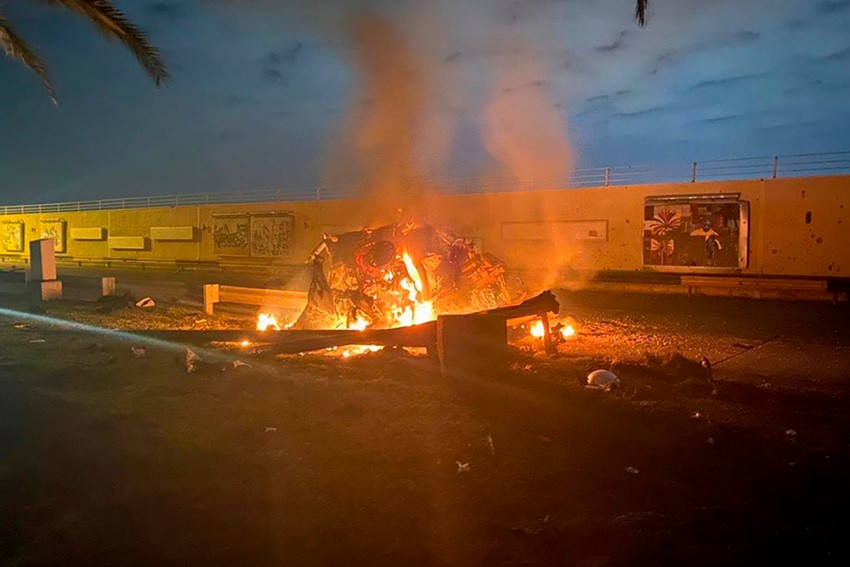 This photo released by the Iraqi Prime Minister Press Office shows a burning vehicle at the Baghdad International Airport following an airstrike in Baghdad, Iraq. The Pentagon said Thursday that the U.S. military has killed Gen. Qassem Soleimani, the head of Iran's elite Quds Force, at the direction of President Donald Trump.
AP Photo
Outlook Web Bureau 2020-01-03T15:09:02+05:30 US Urges Its Citizens To 'Depart Iraq Immediately' After Soleimani Killing 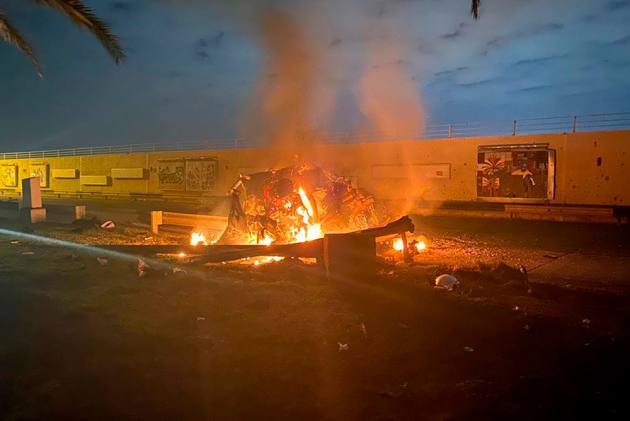 The US embassy in Baghdad urged American citizens in Iraq on Friday to "depart immediately", for fear of fallout from a US strike that killed top Iranian and Iraqi commanders.

General Qasem Soleimani, the powerful commander of Iran's Revolutionary Guards, was killed in a precision US air strike in Iraq ordered by President Donald Trump, the Pentagon announced on Friday, dramatically escalating tensions in the strategic Gulf region.

The strike comes days after Trump threatened Tehran after Iraqi supporters of pro-Iranian regime factions laid siege to the US embassy in Baghdad, following deadly American air strikes on a hardline Hashed faction.

Reacting to Soleimani's death, Iran said the country and the "free nations of the region" will take revenge on the United States.

"There is no doubt that the great nation of Iran and the other free nations of the region will take revenge for this gruesome crime from criminal America," President Hasan Rouhani said, referring to Iran's allies across the Middle East.

Soleimani's "martyrdom ... by the aggressor and criminal America has saddened the heart of the nation of Iran and all the nations of the region," he said in a statement posted on the Iranian government website.

(With inputs from AFP and PTI)