US Reports 2000 Coronavirus-related Deaths In 24 Hours

In the United States, New York City remains the hotspot with 731 deaths new deaths on Tuesday. 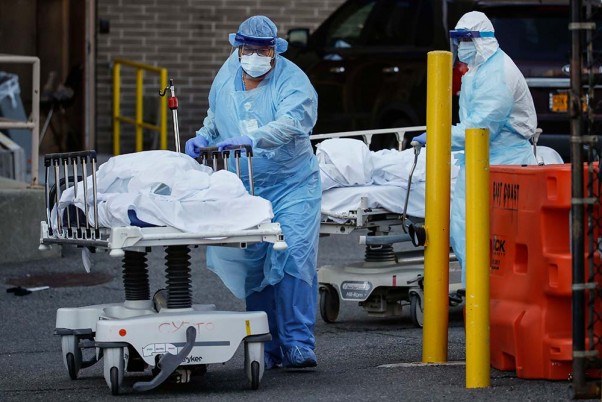 The United States had a gloomy day on Tuesday as it reported a record daily figure of 1,939 deaths bringing up the total toll of COVID-19 positive deaths to 12,844, which is fast closing on tolls in the other worst-hit countries such as Italy and Spain.

Italy so far has reported 17,127 deaths and Spain stands second in overall death toll with 14,045 deaths.

In the United States, New York City remains the hotspot with 731 deaths new deaths on Tuesday. The city so far has reported 5,489 deaths. New York City has seen the largest number of cases and deaths within the state, with 74,601 cases.

New York Governor Andrew Cuomo said he is worried about coronavirus cases and hospitalizations increasing again as some people start to leave their homes, CNN reported.

He said, "The weather has turned warm. People have been in their homes for one month, everyone has cabin fever and they're coming out in greater numbers."

Coronavirus: Donald Trump Announces To Put A Hold On Funding To 'China-centric' WHO