Faced with the threat of economic fallout from closing the Mexican border, Trump on Thursday gave a year's grace period to that country's leaders to stop the flow of drugs and illegal immigrants to the US. 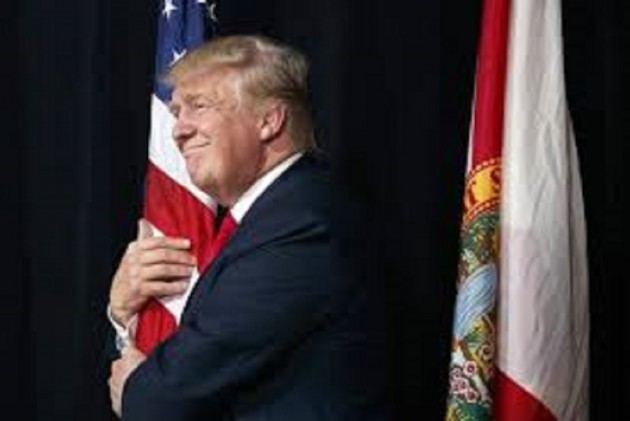 While pressure mounted over the inquiry report on Russian interference in the 2016 elections, US President Donald Trump backtracked on two key issues he had raked up, the imminent threat to close the Mexican border and healthcare reform.

Faced with the threat of economic fallout from closing the Mexican border, Trump on Thursday gave a year's grace period to that country's leaders, to stop the flow of drugs and illegal immigrants to the US, and if they didn't do it, he warned he would first impose tariffs on cars manufactured in Mexico and on other products, and consider a border shutdown after that.

In the euphoria of Attorney General William Barr's statement, that report of the inquiry into allegations of collusion between Russia and Trump had exonerated him, Trump plunged into controversial election pledges.

The offer of a delay was a big step back from the imminent threat of closing the border that was opposed by members of his administration and his party, because disruption would send prices shooting up immediately for vegetables and fruits, and shutdown auto manufacturing in the US without parts coming in.

The US imported goods and services from Mexico in 2017, worth $340 billion, of which automobile sector was the largest with $84 billion. But the agriculture imports of $25 billion would impact consumers immediately.

Of his new deadline, he said: "You know I will do it. I don't play games."

A crisis is brewing at the border, where several thousand Central Americans have massed waiting to be let in, and thousands more are on the way. More than 66,000 illegal immigrants were apprehended in the US by law enforcement in February.

On Tuesday, Trump put off healthcare reforms till after the 2020 elections at the urging of his party leaders.

Repealing and replacing the healthcare plan, known popularly as ‘Obamacare’ that was introduced by his predecessor Barack Obama, was another of his key election pledges that he has revived. Obamacare largely relied on private sector insurers and punitive taxes to compel everyone to get them, while offering subsidies for those who could not afford them.

While Obamacare was unpopular with many of his base, repealing it without a replacement would have affected his supporters with pre-existing conditions, who could be refused health insurance.

Meanwhile, the report of the inquiry into Russian collusion moved to the front burner stirred by media reports, quoting second hand anonymous sources, that the summary of it released by Attorney General William Barr was not fair.

The Washington Post and The New York Times, which are critical of Trump, published stories quoting unnamed sources, who said member of the team of Special Counsel, Robert Mueller felt that Barr's summary had withheld important information likely on obstruction of justice allegations.

The reports did not give the specifics of what these were, and if they disproved the main conclusion reported by Barr that there was no collusion between Trump and Russia. But the news stories buttressed the Democrats' demand for the release of the entire report.

She said, it was "inevitable" that it would be published and if "they" had nothing to hide, they should let it go.

On Wednesday, a House panel authorised its head to issue a subpoena for it.

Barr, who has the legal authority to determine, if the report and how much of it should be released, has said that he needs time to make cuts to it to protect the national security matters and secret testimony protected by la.

The Justice Department defended Barr's version of the summary, which it now described as "the report's bottom-line findings and his conclusions", because it was done immediately after the Mueller gave him the report on the understanding, that the report itself would be released after the redactions.