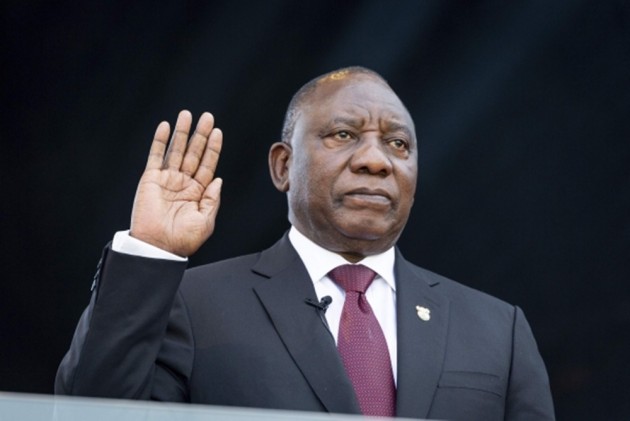 Condemning the violence that has been ravaging the country's main economic provinces for the past few days following the incarceration of former president Jacob Zuma, South African President Cyril Ramaphosa said, "Key infrastructure like national roads have been affected, slowing down the transportation of goods and services that keep our economy running."

"Property has been destroyed. Cars have been stoned. People have been intimidated and threatened, and some have even been hurt. These acts are endangering lives and damaging our efforts to rebuild the economy,” he added.

Violent mobs of rioters have been burning vehicles, looting stores and blockading main routes in protests against Zuma's jail sentence of 15 months that the country's apex court imposed on him for contempt of court after he refused to return to the Commission of Inquiry into State Capture.

However, leaders across the political and civil divide have condemned the violence as the work of criminals in the guise of protest which they said was their right but should be conducted in a peaceful manner.

Ramaphosa also reacted to widespread allegations that the violence was ethnicity-based and targeting foreign businesses in the country, including those from other African countries and the Indian subcontinent.

“It is a matter of concern to all South Africans that some of these acts of violence are based on ethnic mobilisation,” he said.

“While there are those who may be hurt and angry at this moment, there can never be any justification for such violent, destructive and disruptive actions.

“This must be condemned by all South Africans at all costs as we are a nation committed to non-racialism and non-tribalism that is underpinned by the diversity and unity of all the people of South Africa, whatever their language, culture, religious beliefs and race,” the president said.

After a tense standoff, Zuma agreed to go to a prison in Estcourt, about 200 km from his residence, just minutes before a deadline for the police to arrest him expired at midnight last Wednesday.

The arterial route between the coastal town of Durban and the economic hub of Gauteng province was shut down over the weekend in both directions by the gangs of protesters, some of them armed, who set fire to large trucks and vehicles.

In Johannesburg, major highways were closed as random shots were fired at passing motorists.

Ramaphosa sent a firm message to the perpetrators amid growing public calls about inaction by the police, including flouting of the lockdown regulations, which prohibit large gatherings and compulsory wearing of masks in public.

“Let us be clear, as a nation, that we will not tolerate acts of criminality. Those who are involved in acts of violence will be arrested and prosecuted.  Those found guilty of breaking the lockdown regulations will receive the stipulated penalty. This will be done without fear or favour,” he said.

The president also made a plea to people not to share via social media unverified, inaccurate or false images and videos of violence, including some from past incidents, thereby causing unnecessary panic among the public.

“The vast majority of this country’s citizens have shown that they want to live in peace and harmony. They want to work and earn a living. They want to see our country recover from this pandemic,” Ramaphosa concluded.