Horrified staff at CV Yosiki Laboratory made the grim discovery at around 8.45am on Friday when they noticed a 'strange shape' in the water 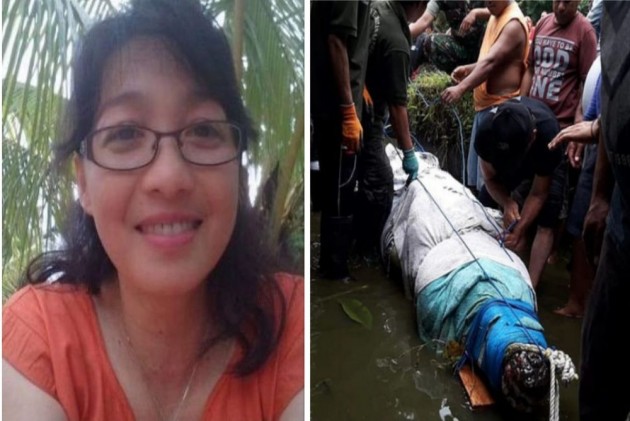 An Indonesian scientist is believed to have been eaten alive by a crocodile, after it attacked her while she was feeding it at the lab where she worked.

According to media reports, Deasy Tuwo, 44, was feeding croc Merry early on Friday morning at the CV Yosiki Laboratory in Indonesia when the beast appears to have reared and leapt up an 8ft high concrete wall, pulling her into the water.

The croc, named Merry, was later found with the scientist's remains still in its jaws. According to officials, the animal may have stood on its hind legs and jumped up the wall of the enclosure, which was 8ft high, before dragging her into the water. 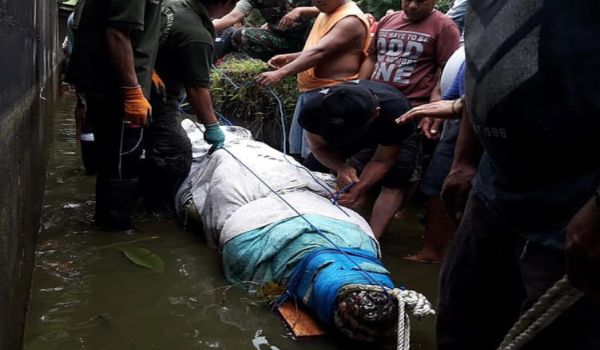 The crocodile was strapped to a flatbed and carried away for testing. Credit: Viral Press

The reports added that Merry had previously killed another croc that shared its pool, and staff said it was known to be a troubled animal.

Cops have said they're attempting to contact the owner of the crocodile who is believed to be a businessman from Japan who opened the research facility.

Tomohon police chief Raswin Sirait said: "We are still looking for the owner of the crocodile, besides that we have coordinated with the authorities in the area.