Surveillance footage from the store is now going viral, leaving many in splits online. 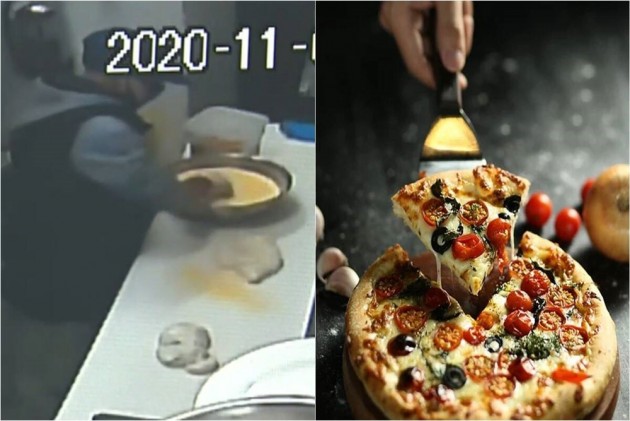 What should one do if they have pending work and are hungry at the same time? Well, this burglar chose food over the robbery. In a hilarious robbery scene caught on camera, a burglar broke into a pizza café and got swayed by the cheesy delight as he prepared himself a fresh pizza before fleeing with a delivery van and other valuables.

Surveillance footage from the store is now going viral, leaving many in splits online. The footage that has been captured shows the man changing gloves before handling the dough and spreading some cornmeal on the counter and flaunting off his pizza-making skills.

“Maybe he was hungry,” the store manager Rafael Calles to CBS Los Angeles. “It’s kind of funny, but we got hit and it’s not nice,” he added, saying it had happened to them for the first time in 17 years. He regretted that they had to close the store day after the incident.

Local police said the burglar “had the audacity to not only break-in, but also steal their tablets and cash” and taking away all the keys to the store, and leaving with their delivery car as well.

With the help of the footage, which showed, he had also brought in a toy gun. A week later, the thief was identified, located and arrested by the Fullerton Police Department.