Last month, Pakistan had received an emergency loan of $1.39 billion from the International Monetary Fund (IMF) and an aid of $200 million from the World Bank. 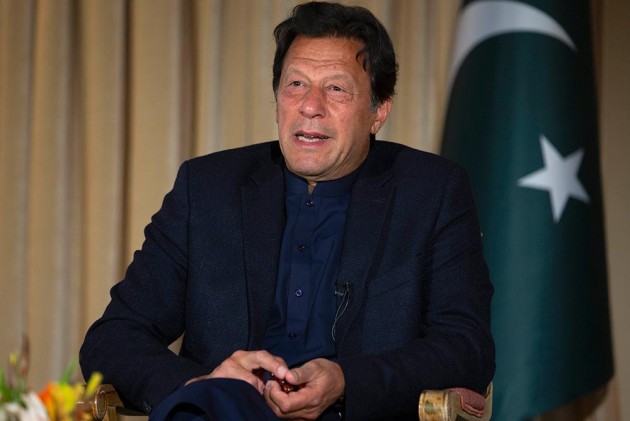 The cash-strapped Pakistan government plans to seek $2 billion in new foreign loans from the global financial bodies to respond to the COVID-19 outbreak and undertake fiscal reforms amid the rapid deterioration of public debt indicators, a media report said on Wednesday.

The loans that Pakistan is seeking to obtain from the World Bank and the Asian Development Bank (ADB) are higher than the $1.8-billion debt relief that Islamabad has sought from the G20 nations, The Express Tribune reported.

The new plan comes as the ADB and Pakistan have finalised a $305 million emergency COVID-19 loan to help the country buy medical equipment and disburse money to poor women.

The Asian Development Bank will extend the loan on commercial terms.

Last month, Pakistan had received an emergency loan of $1.39 billion from the International Monetary Fund (IMF) and an aid of $200 million from the World Bank.

The new proposal for $2 billion loan comes as the Ministry of Finance presented over half a dozen concept clearance papers for approval by the Central Development Working Party (CDWP) that met on Tuesday under the chairmanship of Planning Commission Deputy Chairman Jehanzeb Khan.

The concept clearance papers would be considered for approval on Wednesday when the CDWP meets again, the paper reported.

Once the CDWP clears concept papers of these loans, the board of directors of the World Bank and ADB would approve the loans, it said.

Pakistan's public debt is projected to increase to Rs 37.5 trillion or a whopping 90 per cent of gross domestic product (GDP) by June this year.

The country will this year spend Rs 2.8 trillion or 72 per cent of the estimated Federal Board of Revenue (FBR) tax collection on public debt servicing alone, the report said.

When the Pakistan Tehreek-e-Insaf (PTI) government came to power almost two years ago, the public debt stood at Rs 24.8 trillion that since then has been rapidly growing.

Pakistan recorded 1,932 new cases of the novel coronavirus and 46 fatalities during the last 24 hours, taking the total number infections in the country to 45,898 with 985 deaths.

Prime Minister Imran Khan, who was once very vocal against seeking foreign loans, is also continuing the policies followed by his arch political rival – the Pakistan Muslim League-Nawaz (PML-N).

"Seven concept clearance projects were presented in the meeting," said a statement issued by the Ministry of Planning and Development, after the CDWP meeting.

The government of Punjab wants a loan of $100 million or Rs 16 billion from the World Bank for “solid waste management efficiency programme”.

The Ministry of Finance also proposed $75 million in loan for pension reforms.

At present, pensions are funded from the budget and the government wants to introduce a contributory pension scheme.

Another emergency loan of $500 million has been proposed to be obtained from the ADB for the COVID-19 Active Response and Expenditure Support Programme.

Pakistan also wants to take $300 million in loan from the ADB in the name of “financial markets development programme”.

The money will be utilised by the finance ministry, State Bank of Pakistan (SBP), Securities and Exchange Commission of Pakistan and Federal Board of Revenue to “strengthen market stability, market facilitation, supply measures and demand measures”, according to the documents.