North Korea's military on Tuesday threatened to move back into zones that were demilitarised under inter-Korean peace agreements as the country continued to dial up pressure on rival South Korea amid stalled nuclear negotiations with the Trump administration.

The General Staff of the Korean People's Army said it's reviewing a ruling party recommendation to advance into unspecified border areas that had been demilitarised under agreements with the South, which would “turn the front line into a fortress.”

The powerful sister of North Korean leader Kim Jong Un days earlier said the North would demolish a “useless” inter-Korean liaison office in the border town of Kaesong and that she would leave it to the military to come up with the next step of retaliation against the “enemy” South.

“Our army is keeping a close watch on the current situation in which the north-south relations are turning worse and worse, and getting itself fully ready for providing a sure military guarantee to any external measures to be taken by the party and government,” said the KPA's General Staff, which is akin to other countries' Joints' Chiefs of Staff. 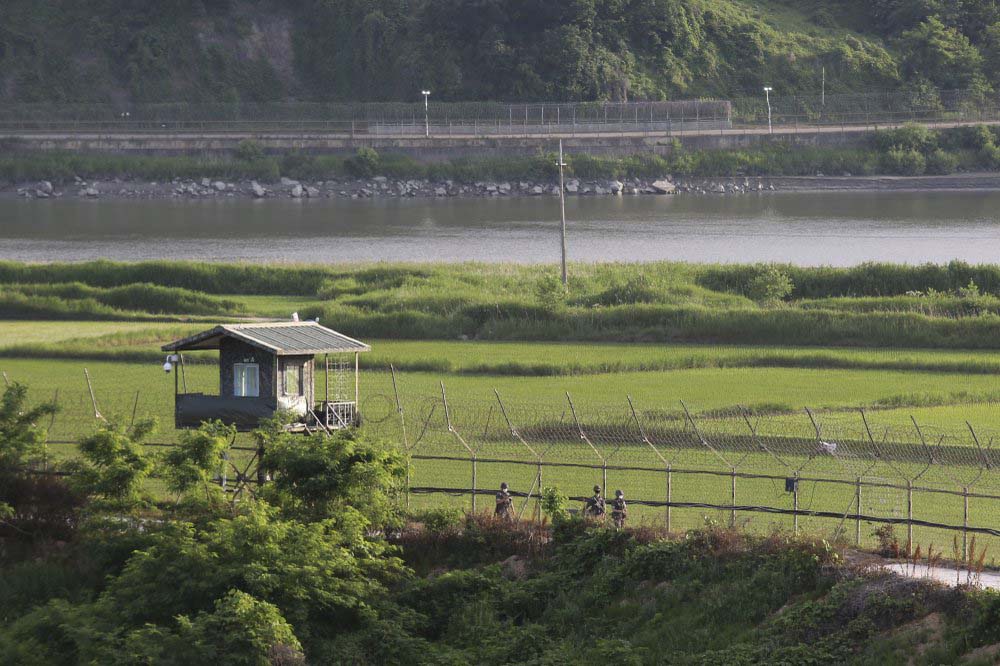 It said it's studying an “action plan for taking measures to make the army advance again into the zones that had been demilitarised under the (North-South) agreement, turn the front line into a fortress and further heighten the military vigilance against (the South),” according to the statement carried by the North's official Korean Central News Agency.

While it wasn't immediately clear what actions North Korea's military might take, North Korean has threatened to abandon a bilateral military agreement reached in 2018 to reduce tensions across the border.

The Koreas then committed to jointly take steps to reduce conventional military threats, such as establishing border buffers on ground and sea and no-fly zones.

They also removed some front-line guard posts in a symbolic gesture.

The North's statement possibly implies that it would no longer respect the buffer zones and that the guard posts would be rebuilt.

The North's military also said it would open unspecified areas near the ground border and its southwestern waters so that North Korean could send anti-South Korea propaganda leaflets to the South, in an apparent tit-for-tat against North Korean defectors and activists floating anti-Pyongyang leaflets across the border.

The waters have occasionally been the scene of bloody skirmishes, including a 2010 attack on a South Korean naval ship that killed 46 sailors.

The North, which does not recognise the western maritime border drawn unilaterally by the UN at the close of the 1950-53 Korean War, has denied responsibility over the sinking of the Cheonan.

Recently announced as her brother's top official on inter-Korean affairs, Kim Yo Jong in recent weeks has repeatedly bashed South Korea over declining bilateral relations and its inability to stop leafleting by defectors and activists.

North Korea in recent months has suspended virtually all cooperation with the South while expressing frustration over the lack of progress in its nuclear negotiations with Washington.

Moon on Monday called on North Korea to stop raising animosities and return to talks, saying that the rivals must not reverse the peace deals.

Some experts say North Korea, which has mobilized people for massive demonstrations condemning defectors, is deliberately censuring the South to rally its public and shift attention away from a worsening economy.

Although Kim Jong Un had declared a “frontal breakthrough” against sanctions, experts say the COVID-19 crisis likely thwarted many of his economic goals.