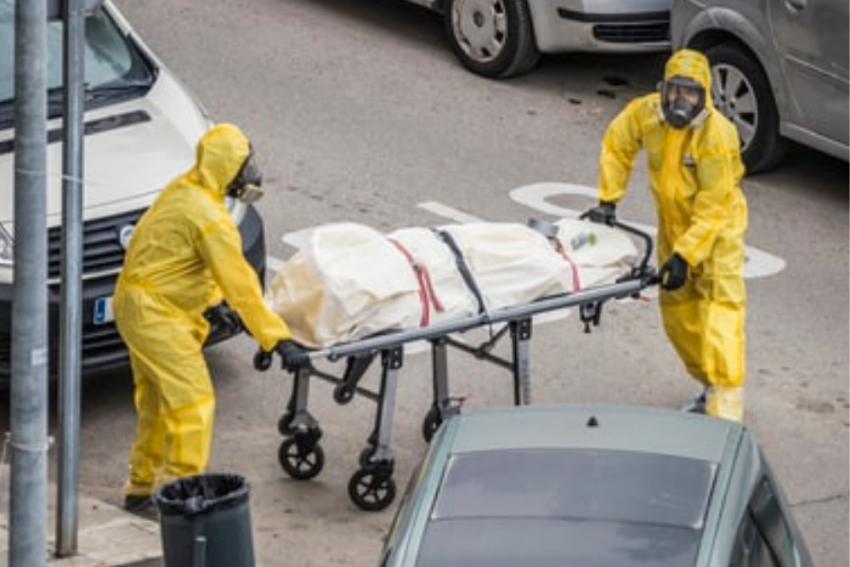 In April 2020, the city shortened the amount of time it would hold unclaimed remains to 14 days before burying them on Hart Island.
Representational Image
Associated Press (AP) 2021-05-08T15:06:24+05:30 New York City Officials Use Refrigerated Trucks To Store Bodies Of Covid-19 Victims 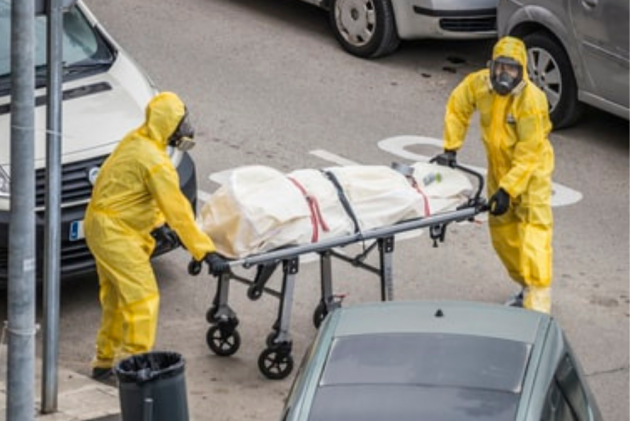 New York City is still using refrigerated trucks to store bodies of coronavirus victims, more than a year after they were first set up as temporary morgues as deaths surged at the height of the pandemic.

The city's medical examiner's office said Friday that 750 bodies are being kept in long-term storage in refrigerated trailers at a Brooklyn pier while family members sort out plans for their final resting places.

Dina Maniotis, a deputy commissioner with the Office of Chief Medical Examiner, told a city council committee on Wednesday that many of the bodies held at the 39th Street Pier could end up buried in the city's potter's field on Hart Island.

In April 2020, the city shortened the amount of time it would hold unclaimed remains to 14 days before burying them on Hart Island. At the time, officials said, they were exploring the option of interring unclaimed remains on the island temporarily so they could be moved later on.

Mark Desire, a spokesperson for the medical examiner's office, said permanent burial on Hart Island is an option for the next-of-kin of COVID-19 victims whose bodies remain in refrigerated trucks.

“Long term storage was created at the height of the pandemic to ensure that families could lay their loved ones to rest as they see fit,” Desire said. “With sensitivity and compassion, we continue to work with individual families on a case by case basis during their period of mourning.

The non-profit news website The City reported on the matter this week. The website noted that between 500 and about 800 bodies have been kept in cold storage at any given time since April 2020.

Those figures were based on estimates by the medical examiner's office compiled by the website and Columbia University's Stabile Center for Investigative Reporting.

Many were parked outside hospitals and workers in protective gear used forklifts to place bodies inside in what became a grim, daily ritual.

Explained: What Are Covid-19 Vaccine Patents And Why Are They So Contentious?