'Never Ever Going Back': Trump Highlights Economic Achievements Under His Administration

'Three years ago, we launched the Great American Comeback. Tonight, I stand before you to share the incredible results,' Trump said. 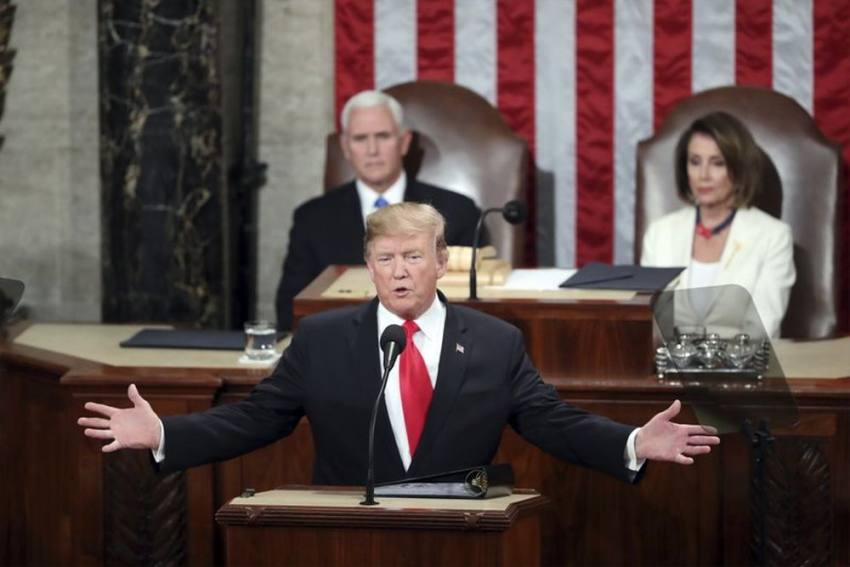 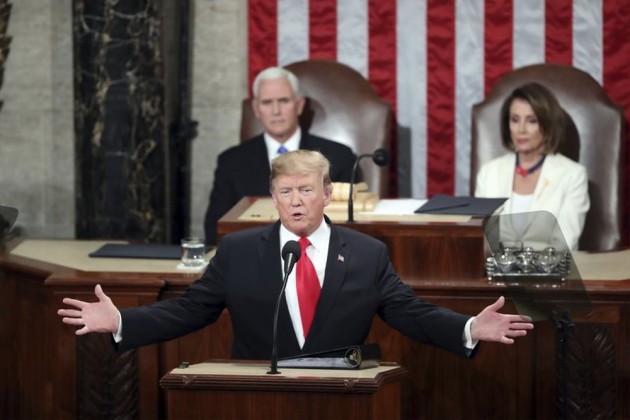 Headed into the election year, President Donald Trump told lawmakers on Wednesday that in three years of his presidency, the US has moved forward at a pace that was unimaginable just a short time ago.

Making a strong pitch for his re-election and confident of his acquittal from impeachment, Trump, in his joint address to the US Congress told Congressmen that the American dream is back - bigger, better, and stronger than ever before.

“Three years ago, we launched the Great American Comeback. Tonight, I stand before you to share the incredible results,” he said as he listed his achievements of the three years and giving his vision for the next term.

"We are moving forward at a pace that was unimaginable just a short time ago, and we are never, ever going back!" the President said, using the national address to again undermine his predecessor, under whom the US economy began its recovery after the 2008 financial crisis.

Trump said that the US administration is strongly defending the national security and "as we defend American lives, we are working to end America's wars in the Middle East."

Stressing that his administration has undertaken unprecedented effort to secure the southern border of the US with Mexico, Trump said that the country "should be a sanctuary for law-abiding Americans - not criminal aliens.”

Speaking about the US-China relationship, he said for decades, China has taken advantage of the US, "now we have changed that, but, at the same time, we have perhaps the best relationship we have ever had with China, including with Chinese President Xi Jinping.

"Days ago, we signed the ground breaking new agreement with China that will defend our workers, protect our intellectual property, bring billions of dollars into our treasury, and open vast new markets for products made and grown right here in the US," he said.

Trump said that the US is coordinating with the Chinese government and working closely together on the coronavirus outbreak in China.

"My Administration will take all necessary steps to safeguard our citizens from this threat (coronavirus)," he said.