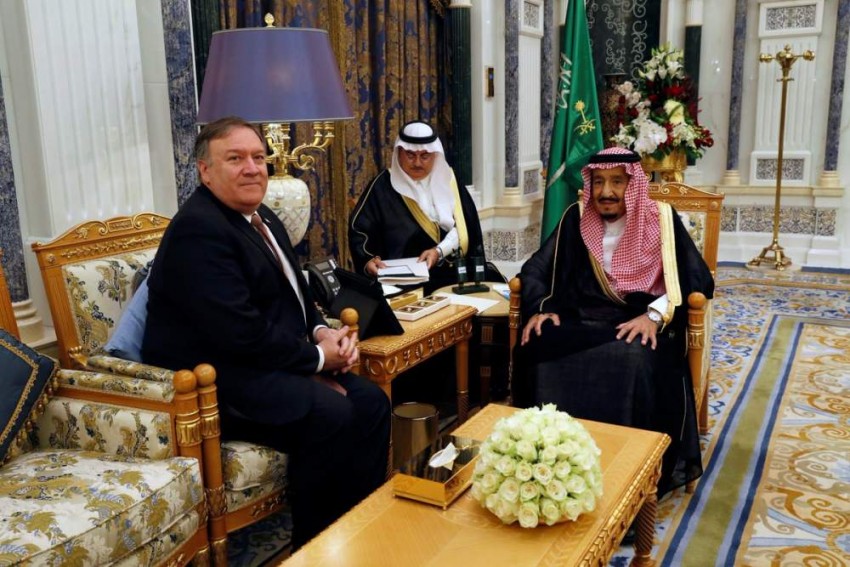 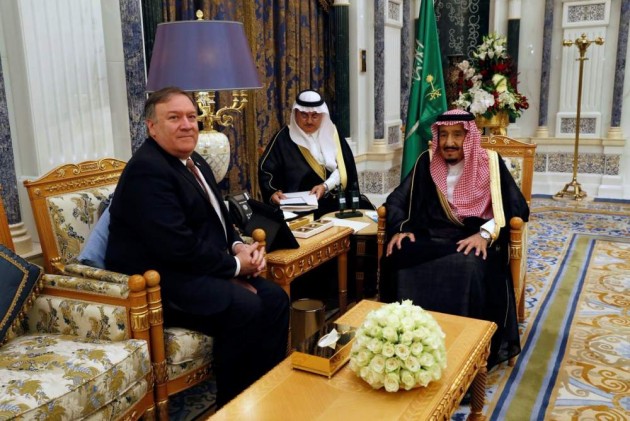 US Secretary of State, Mike Pompeo on Monday met the king of Saudi Arabia, as he sought to coordinate with allies over soaring tensions with Iran.

On a day trip scheduled after Iran shot down a US drone, Pompeo flew into the Red Sea city of Jeddah and met with King Salman at his palace.

"You are a dear friend," the king told Pompeo as he shook hands with the top US diplomat and his aides.

Pompeo is later due to meet the powerful crown prince, Mohammed bin Salman, before flying for talks in the United Arab Emirates, US officials said.

Both Saudi and Emirati leaders advocate a tough US approach against regional rival Iran, whose downing of the unmanned drone prompted President Donald Trump to order a military strike before changing his mind.

Pompeo, speaking to reporters as he left Washington, called Saudi Arabia and the United Arab Emirates "two great allies in the challenge that Iran presents".

"We'll be talking with them about how to make sure that we are all strategically aligned and how we can build out a global coalition," Pompeo said.

He said the United States sought a coalition "not only throughout the Gulf states but in Asia and in Europe that understands this challenge and that is prepared to push back against the world's largest state sponsor of terror".

But the hawkish US stance has drawn limited support among its allies in Europe, which still support a denuclearisation deal negotiated under former president Barack Obama from which Trump pulled out last year, triggering tensions.

Iran says that the US drone encroached its airspace, a charge that Washington denies, and accuses Washington of waging economic warfare by unilaterally imposing sanctions, including trying to stop all its oil exports.

The US pointman on Iran, Brian Hook, on Monday held his own talks in Oman, which has often served as a go-between for Washington and Tehran.

Pompeo used rare emergency powers, citing Iran as a threat, to authorise USD 8.1 billion in weapons sales to Saudi Arabia and the United Arab Emirates, despite concerns in the US Congress that the arms will go to kill civilians in the devastating war in Yemen.

Pompeo added the Middle East stops on his way to a previously scheduled visit to India.