MacKenzie Bezos, Ex-Wife Of Amazon CEO, Pledges Half Of Her $37 Billion Fortune To Charity

'My approach to philanthropy will continue to be thoughtful. It will take time and effort and care. But I won't wait. And I will keep at it until the safe is empty,' 48- year-old MacKenzie Bezos wrote in an open letter recently. 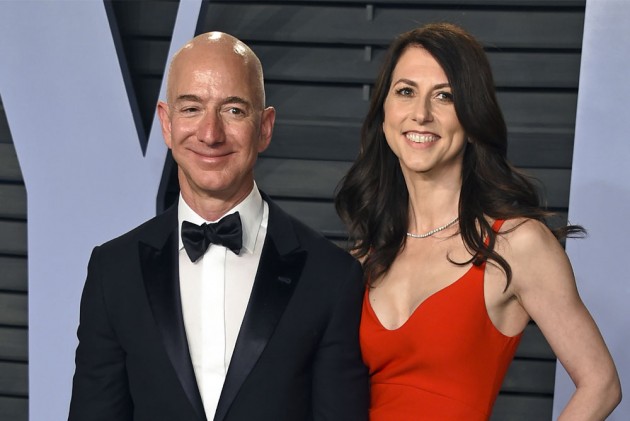 vMacKenzie Bezos, ex-wife of Amazon CEO Jeff Bezos has decided to donate half of her $37 billion worth alimony to investor Warren Buffett's philanthropic campaign -- the "Giving Pledge."

"My approach to philanthropy will continue to be thoughtful. It will take time and effort and care. But I won't wait. And I will keep at it until the safe is empty," 48- year-old MacKenzie wrote in an open letter recently.

The Bezos couple finalised their divorce in April in what was reported as the biggest divorce settlement in history entitling MacKenzie Bezos to Amazon stocks worth around $36 billion to $37 billion.

Bezos also gave her ex-husband all of her interests in the Washington Post and Blue Origin, and 75 per cent of their collective Amazon stock along with the voting control of her shares to support his continued contributions to the teams.

Applauding his ex-wife on her donation decision, 55-year-old Jeff Bezos wrote, "MacKenzie is going to be amazing and thoughtful and effective at philanthropy, and I'm proud of her. Her letter is so beautiful. Go get 'em MacKenzie," on Twitter.

The former couple announced their split in January after 25 years or marriage.

According to Forbes, Jeff Bezos is the richest man in the world with an estimated fortune of $110 billion, ahead of Microsoft Co-founder Bill Gates and Berkshire Hathaway chairman Warren Buffett, the report added.