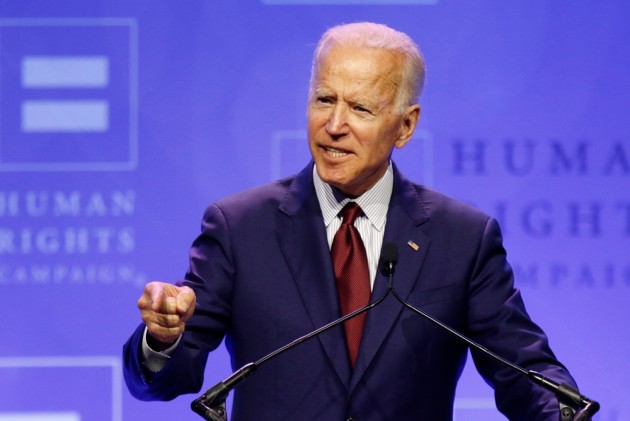 US President Joe Biden has signed an executive order imposing sanctions on the leaders of the military coup in Myanmar. Biden said his administration was taking steps to prevent Myanmar’s generals from having access to $1 billion of government funds held in the US.

“Today, I am announcing a series of actions that we are taking to begin imposing consequences on the leaders of the coup. The US government is taking steps to prevent the generals from improperly having access to the 1 billion dollars in Burmese (Myanmar) government funds held in the United States and today I have approved a new executive order, enabling us to immediately sanction the military leaders who directed the coup, their business interests and their family members,” Biden said at the White House.

"We will identify the first round of targets this week. We are also going to impose strong export controls. We are freezing US assets that benefit the Burmese government while maintaining our support for healthcare, civil society groups, and other areas that benefit the people of Burma directly," Biden said.

As protests grow, violence against those asserting their democratic rights is unacceptable, Biden said the US is going to keep calling it out. “The people of Burma are making their voices heard. And the world is watching,” he said.

In his first public address on Myanmar, which the US and several other western countries continue to call it by its previous name of Burma, Biden demanded that military must relinquish the power it seized and demonstrate respect for the will of the people of Burma as expressed in their November 8th election.

Last week, the United States helped bring together the UN Security Council, which issued a strong statement in support of Burmese democracy. This week, the administration will use its renewed engagement on the Human Rights Council to strengthen the world's commitment to human rights in Burma, he said.

"Today, I again call on the Burmese military to immediately release the democratic political leaders and activists that they're now detaining, including Aung San Suu Kyi. And also Win Myint, the President,” he said.

Biden said that the assault on Burma's transition to democracy remains an issue of deep bipartisan concern. “We've consulted at length, for example, with Senator McConnell, who's had a very keen interest in this, and his team. We welcomed their helpful insights,” he said.

Senator Bob Menendez, Chairman of the Senate Foreign Relations Committee, welcomed Biden's announcement that his administration will take concrete and targeted measures to demonstrate to the Burmese military that their actions are unacceptable.

"As I've said before, there must be real consequences if Aung San Suu Kyi and the rest of Burma's elected leaders are not immediately freed and allowed to resume their rightful place at the head of a civilian government,” he said.

Meanwhile, Congressman Gregory Meeks, Chairman of the House Committee on Foreign Affairs, and Ami Bera, Chairman of Asia, the Pacific, Central Asia, and Nonproliferation Subcommittee, on Wednesday held a briefing on the situation in Burma.

"Members expressed concern for the safety of those illegally detained by the military and expressed support for the administration's commitment to review the reimposition of sanctions, among other policy options, to hold the Burmese military accountable for the coup,” they said in a joint statement.

"We urge the Burmese military to accept the will of the people and will continue to engage the Biden administration and like-minded partners and allies to support Burma’s progress toward democracy,” the two top lawmakers said.

State Department Spokesperson Ned Price told reporters that as protests grow, Burma's military leaders need to know that violence against those who peacefully assert their democratic rights will not be tolerated. The United States will take note of those who stand with the people of Burma at this moment of crisis, he asserted.

“The fact that we continue to see these demonstrations throughout the streets in Burma indicate where the Burmese people are, what their aspirations for democracy are. We will stand with them,” he said.