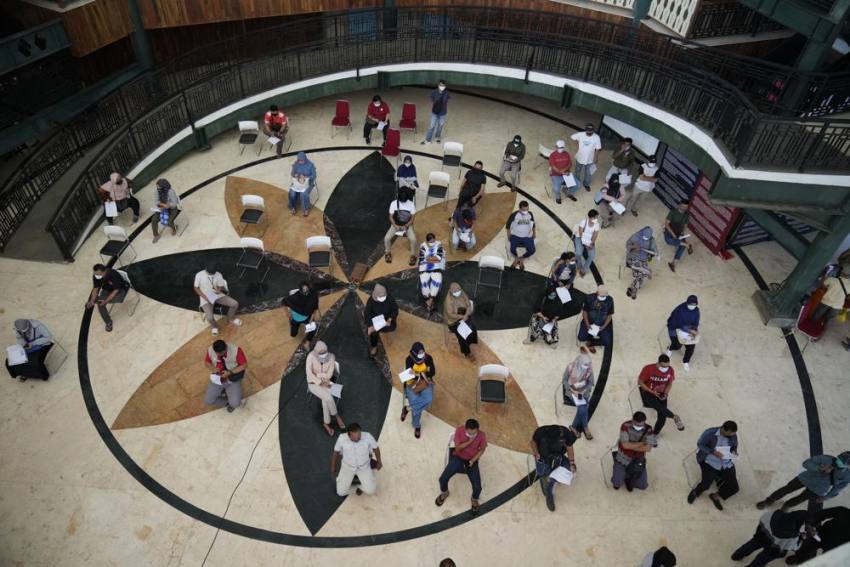 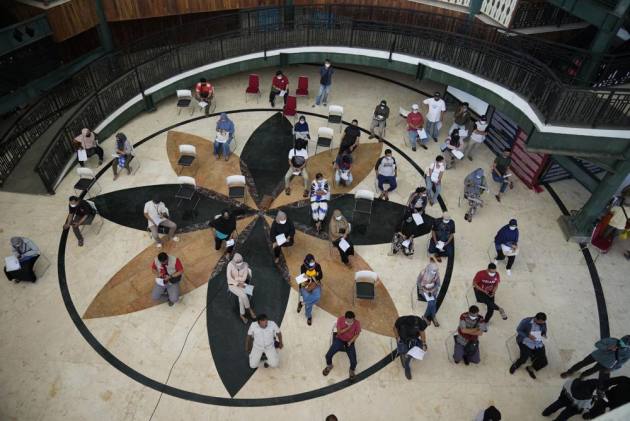 The Health Ministry said it had confirmed another 14,536 new infections and 294 deaths. Along with the more than 2 million infections, Indonesia has reported more than 54,950 deaths, both the most in Southeast Asia.

Indonesia, the world's fourth most populous country, has seen infections surge in recent weeks, a climb that has been blamed on travel during last month's Eid al-Fitr holiday as well as the arrival of new virus variants, such as the Delta version first found in India.

The surge is putting pressure on hospitals like those in Jakarta — where 80 percent of hospital beds are full — and has added urgency to the government's plans to be inoculating 1 million people each day by next month.

The World Health Organization last week noted that Indonesia's drastic increase in bed occupancy rates is a major concern and necessitates in the implementation of stricter public health and social measures, including large-scale social restrictions.

The government has resisted a large-scale lockdown due to fears of the economic impact. Offices, restaurants. shopping malls and places of worship remain open, though at 50 percent of their capacity.

“We are facing the second wave of COVID-19 with the most transmissible variant and the public's low compliance with health protocols.”

“All government's efforts and policy to curb the COVID-19 transmission will be ineffective if it gives a room for people to gather and crowd,” he said.

The national COVID-19 task force said a spike in infections has been seen in Jakarta, Banten, West Java, Central Java, Yogyakarta, and East Java provinces. All are located on Java, the most populous of Indonesia's more than 17,000 islands.

The slow progress in vaccinations so far can be put down to limited global supply, the unpreparedness of the national health system, and vaccine hesitancy, national COVID-19 task force spokesperson Wiku Adisasmito said.

Health Minister Budi Gunadi Sadikin has said deals to import around 104 million AstraZeneca doses have been hit by delays and now only 20 million doses are expected to arrive this year.