IMF Cuts Global Growth Rate Projections For 2019 To 3.5 Per Cent

The revised global growth rates are 0.2 and 0.1 percentage point below the International Monetary Fund's previous projections made three months ago. 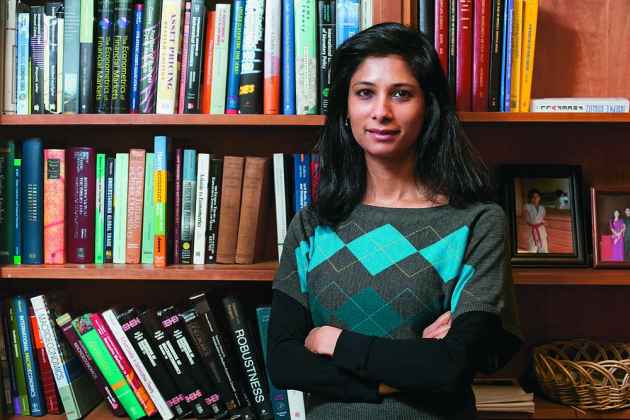 The IMF on Monday lowered its global growth projections for 2019 and 2020 to 3.5 per cent and 3.6 per cent respectively, citing slowdown in several advanced economies around the world more rapidly than previously anticipated.

The revised global growth rates are 0.2 and 0.1 percentage point below the International Monetary Fund's previous projections made three months ago.

"Global growth in 2018 is estimated to be 3.7 per cent, as it was last fall, but signs of a slowdown in the second half of 2018 have led to downward revisions for several economies. Weakness in the second half of 2018 will carry over to coming quarters, with global growth projected to decline to 3.5 per cent in 2019 before picking up slightly to 3.6 per cent in 2020,” the IMF said in its World Economic Outlook (WEO) update.

This growth pattern, it said, reflects a persistent decline in the growth rate of advanced economies from above-trend levels — occurring more rapidly than previously anticipated — together with a temporary decline in the growth rate for emerging market and developing economies in 2019, reflecting contractions in Argentina and Turkey, as well as the impact of trade actions on China and other Asian economies.

IMF Chief Economist Gita Gopinath said global growth is weakening at a faster than expected pace and the risks have escalated.

The Indian-American economist, who jointed the IMF this month, also said political risks are very important and leaders must act immediately to check any unhappiness over growing challenges.

According to the IMF, the global growth forecast for 2019 and 2020 had been revised downward in the last WEO, partly because of the negative effects of tariff increases enacted in the US and China earlier that year.

The further downward revision since October in part reflects carry over from softer momentum in the second half of 2018—including in Germany following the introduction of new automobile fuel emission standards and in Italy where concerns about sovereign and financial risks have weighed on domestic demand — but also weakening financial market sentiment as well as a contraction in Turkey now projected to be deeper than anticipated, it said.

"Risks to global growth tilt to the downside. An escalation of trade tensions beyond those already incorporated in the forecast remains a key source of risk to the outlook,” it said.

"Financial conditions have already tightened since the fall. A range of triggers beyond escalating trade tensions could spark a further deterioration in risk sentiment with adverse growth implications, especially given the high levels of public and private debt,” the report said.

These potential triggers include a "no-deal" withdrawal of the United Kingdom from the European Union and a greater-than-envisaged slowdown in China, the IMF said.

According to the report, the main shared policy priority is for countries to resolve cooperatively and quickly their trade disagreements and the resulting policy uncertainty, rather than raising harmful barriers further and destabilising an already slowing global economy.

"Across all economies, measures to boost potential output growth, enhance inclusiveness, and strengthen fiscal and financial buffers in an environment of high debt burdens and tighter financial conditions are imperatives,” it said.

Growth forecast for the US remains unchanged, the IMF said, adding that it is expected to decline to 2.5 per cent in 2019 and soften further to 1.8 per cent in 2020 with the unwinding of fiscal stimulus and as the federal funds rate temporarily overshoots the neutral rate of interest.

"Nevertheless, the projected pace of expansion is above the US economy's estimated potential growth rate in both years. Strong domestic demand growth will support rising imports and contribute to a widening of the US current account deficit," the IMF said.