How Long Can You Go Without A Shower? For Iran's Amou Haji, It's 67 Years & Counting

Haji is scared of water, and believes he will fall sick if he takes a bath. 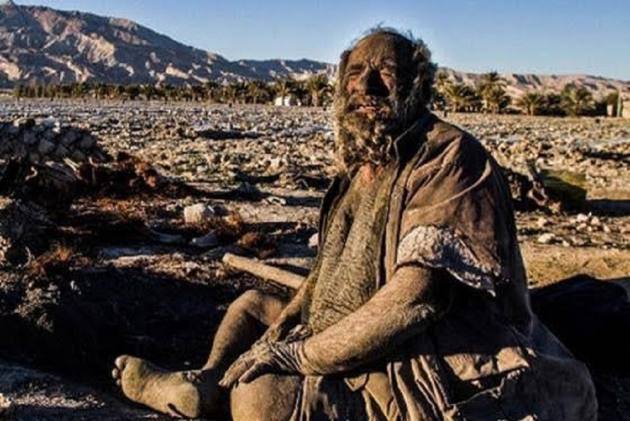 For the 87-year-old Amou Haji, cleanliness is an inconvenience. From the Dejgah village in southern Iran, Haji hasn't bathed in nearly seven decades.

Now dubbed the "world's dirtiest man", Amou carries a severe fear of water and believe that if he will take a bath, he might fall ill.

According to a report by the Tehran Times, his favourite meal comprises of rotten meat of dead animals, especially porcupines. He loves smoking -- especially the smoke of animal faeces out of a rusty pie.  He does drink water, necessary for sustenance, something five litres every day from a large rust tin can.

He dons a war helmet to keep himself warm during the winters, and lives in a hole resembling a grave in the town. After going through some emotional setbacks in his youth, Haji decided to live an isolated life.

He believes his humble abode underground helps him keep in touch with the reality of life. Amou gets his hair trimmed by burning them over a fire and often checks his reflection in mirrors -- the ones on cars passing-by the district.