After months of hearing Trump denigrate mail-in balloting, Republicans in the critical battleground state now find themselves far behind Democrats in the perennial push to urge their voters to cast ballots remotely. 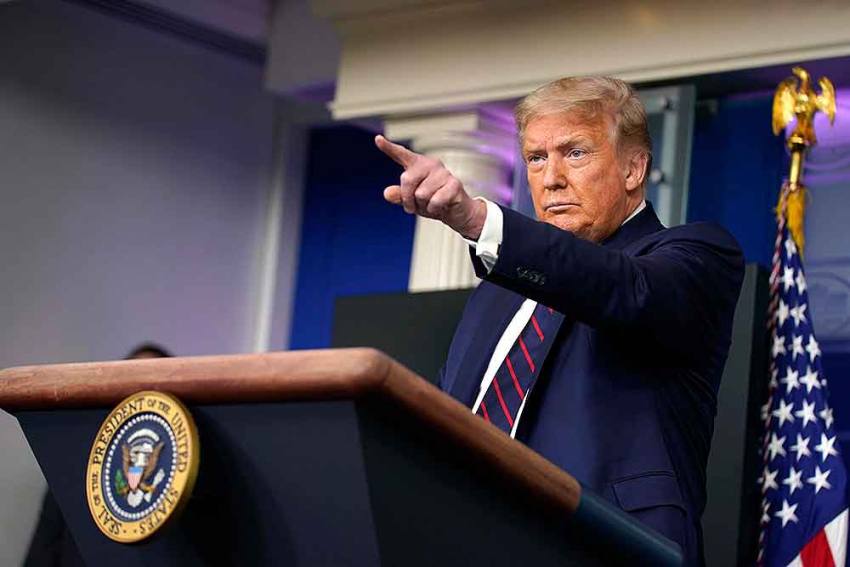 US President Donald Trump during a news conference at the White House, in Washington.
AP Photo
Associated Press (AP) 2020-07-28T15:39:49+05:30 Here's How Trump's Opposition To Voting By Mail Hurts The Republican Party 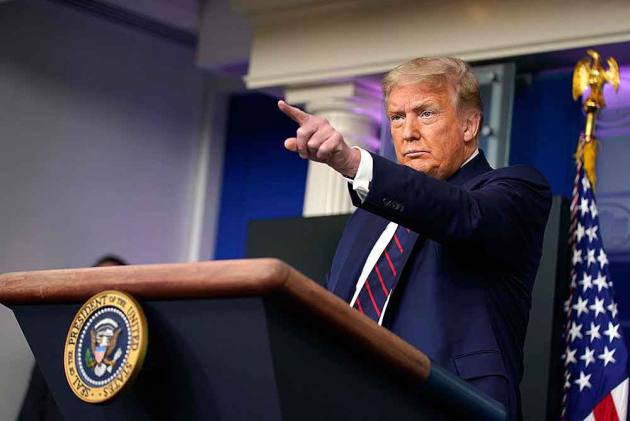 Republicans once dominated voting by mail in Florida. But that was before President Donald Trump got involved.

After months of hearing Trump denigrate mail-in balloting, Republicans in the critical battleground state now find themselves far behind Democrats in the perennial push to urge their voters to cast ballots remotely. While Democrats have doubled the number of their voters who have requested mail ballots compared to 2016, Republicans have increased their numbers by about 20 per cent since the same time.

The recent tally is the hard evidence confirming many Republicans' fears about Trump's tweeting about mail-in voting: GOP voters are listening and appear less likely to take advantage of what many election and health officials agree is the easiest and safest way to vote in a pandemic.

The numbers are so clear that Florida Republicans are shifting their emphasis from years past and are now trying to persuade voters to use another alternative to Election Day voting: in-person early voting.

“Did the president's tweet cause it? Maybe a little bit, but it's been shifting for years now,” said Susie Wiles, who has been tapped by the Trump campaign to help buoy the president's newly troubled Florida campaign.

“If COVID is still the level of concern that it is now, early vote is, after absentee, probably the next best option." Political campaigns in both parties typically push their voters to cast ballots by mail because they can bank votes for their side in advance, freeing up scarce resources to chase down less-frequent voters and turn them out by Election Day. Amid the coronavirus, that push has become all the more urgent.

But while Democrats have tried to expand access to voting by mail, Republicans have struggled with what to tell their voters. Some have pushed for it, while Trump and his allies at the Republican National Committee have tried to limit expansion of remote voting.
Increasingly, GOP operatives and officials are voicing their concerns with that strategy. “Why give Democrats 10 or 11 days to vote and expect Republicans to vote on one day?” asked Rohn Bishop, Republican Party chair in Fond du Lac County, Wisconsin. “It puts us at a disadvantage.”

Trump has called mail ballots “corrupt” and “substantially fraudulent,” even though the five states that now send ballots to all voters have had no signs of substantial fraud. Despite the president's objections, numerous states have loosened restrictions on mail voting amid the pandemic.

Trump's own campaign isn't heeding his warning. It continues to encourage its voters to sign up for mail ballots when possible — even as the RNC is fighting in court against Democratic efforts to further expand mail voting and issuing statements like one last week saying the expansion has led “to delays, disaster and dysfunction.”

That's led the GOP to make some political contortions. In Florida, state Republicans recently sent a mailer urging their party members to request mail ballots. It included part of a tweet from Trump saying, “Absentee ballots are fine because you have to go through a precise process to get your ballot.” But the mailer did not include the rest of the president's tweet: “Mail-In Voting, on the other hand, will lead to the most corrupt Election in USA history.” In most states, there is no difference between absentee and mail-in voting.

Democrats are chortling. "It's something to watch the President just torch 30 years of @FloridaGOP superiority in Florida on vote by mail with each and every tweet," Steve Schale, a veteran Florida Democratic operative who runs a super PAC for Trump's Democratic challenger, Joe Biden, tweeted Sunday after another Trump tweet denigrating mail ballots.

It's not just Florida where Republicans are facing a gap. In North Carolina, another swing state where the GOP once dominated absentee voting, Republicans also cherry-picked a Trump tweet in a mailer pleading with their voters to request mail ballots.
North Carolina Republicans have requested about 50 per cent more ballots than in 2016, but Democrats have asked for a whopping seven times more absentee ballots.

In Pennsylvania, another presidential battleground, more than 1 million Democrats voted by mail in that state's June primary compared to just fewer than 400,000 Republicans, according to data from the Pennsylvania secretary of state's office.

In the Georgia primary the following week, the gap continued — Democrats outvoted Republicans by 182,000 ballots out of 2.1 million cast.

While some Republicans argue that Democrats were more motivated to vote because they had a contested presidential primary, Iowa held a primary the same month well after its February presidential caucuses. In that primary, 24 per cent more Democrats than Republicans voted by mail, and more Democrats voted overall even though the two parties have an almost equal number of registered voters there.

In Michigan, where the Democratic secretary of state sent absentee ballot applications to all voters, Trump supporters last month set their own applications on fire.

Glen Bolger, a veteran Republican pollster, warned that his swing state polling finds a huge partisan gap in desire to vote by mail.

“Waiting for Election Day for most of your voters to cast their votes — what if there's really bad weather or long lines?” Bolger said. “It just makes it harder for state and local parties to do their jobs.”

Can You Get The Coronavirus Twice?