The police and Rangers' officials arrived at the scene and killed all the four terrorists near the entrance gates. 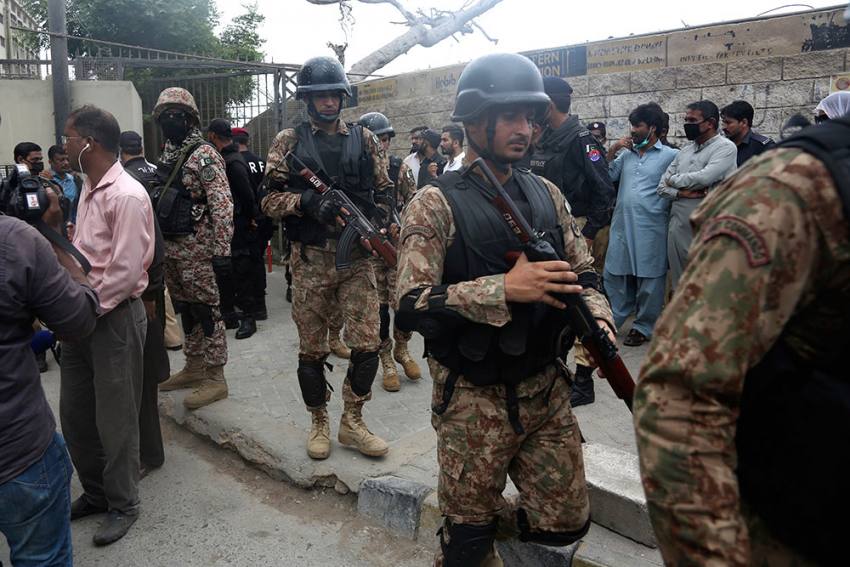 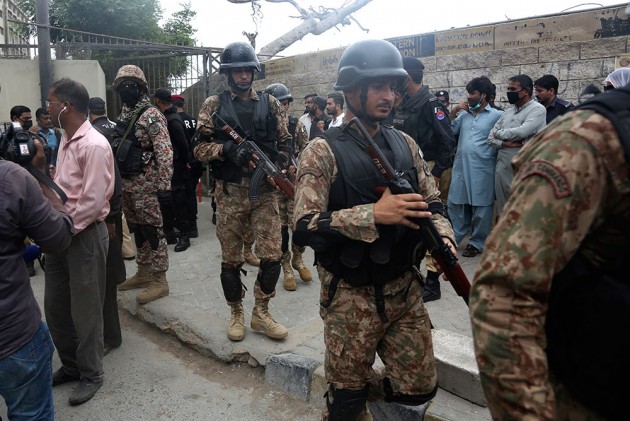 Four heavily armed militants attacked the busy Pakistan Stock Exchange building in Karachi with guns and grenades on Monday morning, killing four security guards and a police officer before being shot dead in an exchange of fire, authorities said.

The militants, who arrived in a car, opened indiscriminate fire and lobbed hand grenades at the main gate of the multi-storey building situated in the city’s high security commercial hub as they tried to storm it.

Armed with automatic machine guns, hand grenades and other explosives, they tried to enter into the compound leading to the Pakistan Stock Exchange (PSX) building through a parking lot but security forces foiled their attack within the compound itself, Deputy superintendent of police (South), Jamil Ahmed said.

“They lobbed hand grenades and opened fire initially at the compound entrance to force themselves into the compound but one of them was killed immediately and that pushed them back,” he said.

The police and Rangers' officials arrived at the scene and killed all the four terrorists near the entrance gates, Sindh Rangers said.

Four security guards and a police sub-inspector were killed in the heavy exchange of fire at the PSX compound on Karachi's I.I. Chundrigar Road, also known as Pakistan's Wall Street, the police said.

Two civilians were also killed in the attack. 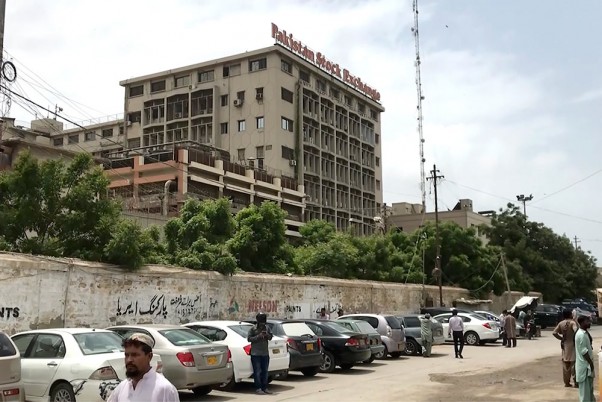 “Explosives, hand grenades and even food supplies were recovered from the bodies of the gunmen, indicating that they had come with a plan for a long siege at the building,” the officer said.

The Balochistan Liberation Army (BLA) linked Majeed Brigade claimed responsibility for the attack. It was also behind Pearl Continental hotel attack in Gwadar last year in which eight people were killed.

Senior Police official Sharjeel Kharal said that the attackers were armed with automatic weapons and came with a mission to create a hostage situation.

Several people, including three policemen, have been injured in the incident.

Additional Inspector-General (IG) Sindh Ghulam Nabbi Memon said that the attackers came in a Corolla car and were stopped at the gate. They exchanged fire with security guards and two attackers were killed.

He said that two other terrorists succeeded in entering the gate but were engaged in the compound of the building and were killed.

“None of the militants entered the main building,” Memon said.

According to Geo News, the stock exchange was operational and trading was going on despite the attack.

The firing by militants caused panic among the people in the building.

The building and surrounding areas have been sealed and people were evacuated from the back door.

According to the police, the attackers, armed with sophisticated weapons and bags of explosives, were reportedly wearing clothes usually worn by police officials while they are off-duty.

Sindh Chief Minister Murad Ali Shah condemned the attack and said that it was "akin to an attack on national security and economy".

"Anti-state elements want to take advantage of the virus situation," he said.

"Strongly condemn the attack on PSX aimed at tarnishing our relentless war on terror. Have instructed the IG & security agencies to ensure that the perpetrators are caught alive & their handlers are accorded exemplary punishments. We shall protect Sindh at all costs," he said on Twitter.