Trump told reporters that mail-in-vote would delay the counting of votes and election results. 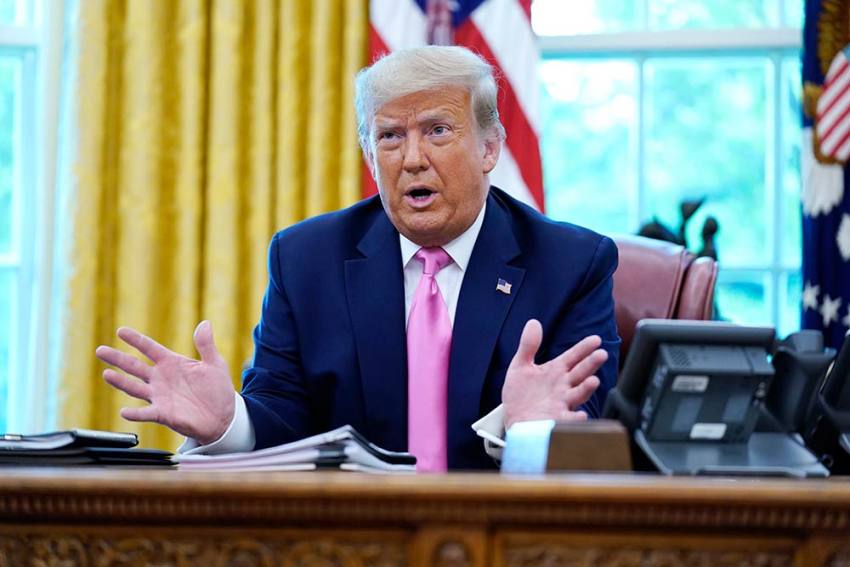 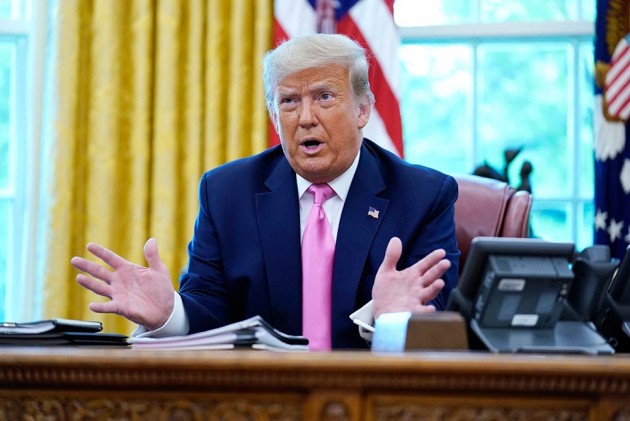 Hours after sparking a political firestorm, US President Donald Trump said on Thursday he does not want to delay the election, but expressed apprehension that counting of mailed ballots could take weeks and hamper the results, leading to a compromised poll.

US presidential elections are schedule to be held on November 3. Seeking his second consecutive term, Trump is facing a formidable challenge from Democratic nominee and former vice president Joe Biden, who, according to major national polls, is leading in double digits.

The presidential election date in the United States statutorily is set as "the Tuesday next after the first Monday in the month of November" equalling "the first Tuesday after November 1".

Trump on Thursday for the first time openly floated the idea of postponing the presidential elections in November, citing irregularities in the mail-in vote. The suggestion was immediately criticised by leaders of the opposition Democratic Party.

Later in the day, Trump walked back.

"With Universal Mail-In Voting (not Absentee Voting, which is good), 2020 will be the most INACCURATE & FRAUDULENT Election in history. It will be a great embarrassment to the USA. Delay the Election until people can properly, securely and safely vote???" he had tweeted.

"Mail-In Voting is already proving to be a catastrophic disaster. Even testing areas are way off. The Dems talk of foreign influence in voting, but they know that Mail-In Voting is an easy way for foreign countries to enter the race. Even beyond that, there's no accurate count!" tweeted Trump, who has been raising serious concerns over irregularities in mail-in-vote.

Trump told reporters that mail-in-vote would delay the counting of votes and election results.

"I don't want to be waiting around for weeks and months and literally, potentially, if you really did it right, years because you'll never know. These ballots are missing," Trump said.

Democrats are pushing for mail-in-votes. During the COVID-19 pandemic era, a large number of Americans are expected to opt for mail in voting to avoid standing in line and going to a polling booth to exercise their right to franchise.

Trump has expressed fear that this might be rigged and the counting of votes itself might take a long time and the results would not be declared on the night on November 3, which normally happens.

"It's very, very unfair to our country. If they do this, our country will be a laughingstock all over the world because everyone knows it doesn't work. How many ballots is he sending in California? Is it 28 million or so massive number? Other states are sending out millions and millions of ballots. Well, they've done it. They had experiments. They had news organizations experimenting," he said.

"And look, read the story in The Washington Post about mail-in voting. It's a disaster. I'm very surprised to see that story, frankly, from them. The story's a disaster. So we're asking for a lot of trouble. And no, do I want to see a date change? No, but I don't want to see a crooked election. This election will be the most rigged election in history if that happens," Trump alleged.

The President said he wants an election and a result "much more than you".

"I think we're doing very well. We have the same fake polls, but we have real polls. We were doing very well. I just left Texas and Biden came out against fracking. Well, that means Texas is going to be one of the most unemployed states in our country. That makes Oklahoma, North Dakota, New Mexico, it's going to be a disaster. Ohio, Pennsylvania, disaster. No fracking," he said.