The Dawn newspaper has been critical of the present Pakistan Tehreek-e-Insaf government but it is unclear if the allegations against its are in anyway linked to anti-government reportage. 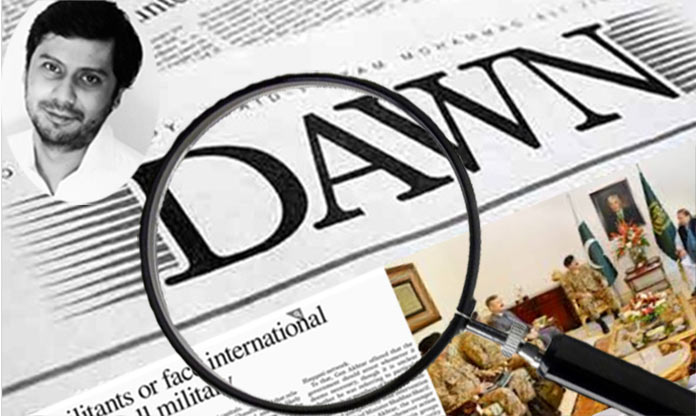 In a series of tweets, Raza accused Dawn CEO Hameed Haroon of the assault and said his allegations were in no way related to the newspaper but to give strength to other victims of sexual assault.

Razi tweeted: "I'm ready now. Are you ready to print this @dawn_com?"

Haroon, in a statement on Monday, rejected the allegations, saying it was an effort to silence him and his newspaper.

"The story is simply untrue and intentionally fabricated at the instance of those who wish to silence me and, through me, to compel the newspaper that I represent to support their repressive narrative," said Haroon.

Haroon said legal action would be initiated to clear his name and reputation and to "safeguard the freedom of the press by bringing to justice all those responsible for these false and malicious allegations against me."

In another tweet, Jami said he knew his story would be branded an attempt to attack the newspaper.

"It's not about Dawn vs Jami. It's (a) personal issue, raised now. I'm doing all this for few years to help victims," the film-maker said.

The Dawn newspaper has been critical of the present Pakistan Tehreek-e-Insaf government but it is unclear if the allegations against Haroon are in anyway linked to anti-government reportage.

Raza, who is popularly known as Jami Raza, had shocked Pakistani media in October when he published tweets describing the alleged assault that happened 13 years ago.

However, the director had then refused to name the accused.

"Why am I so strongly supporting #metoo? Cause I know exactly how it happens now, inside a room then outside courts inside courts and how a survivor hides confides cause I was brutally raped by a very powerful person in our media world," Raza had tweeted at the time.

The #MeToo and #Timesup campaigns, which took shape after allegations of sexual misconduct by Hollywood producer Harvey Weinstein in 2017, sparked a barrage of accusations against other powerful men.

However, the movement was slow in Pakistan. In 2017, future Prime Minister Imran Khan was also accused of sexual misconduct by a lawmaker. Khan had denied the allegations.