French President Emmanuel Macron has said the record number of fires in the Amazon rainforest is an 'international crisis' that needs to be on the top of the agenda at the upcoming G7 summit of which Brazil is not a part. 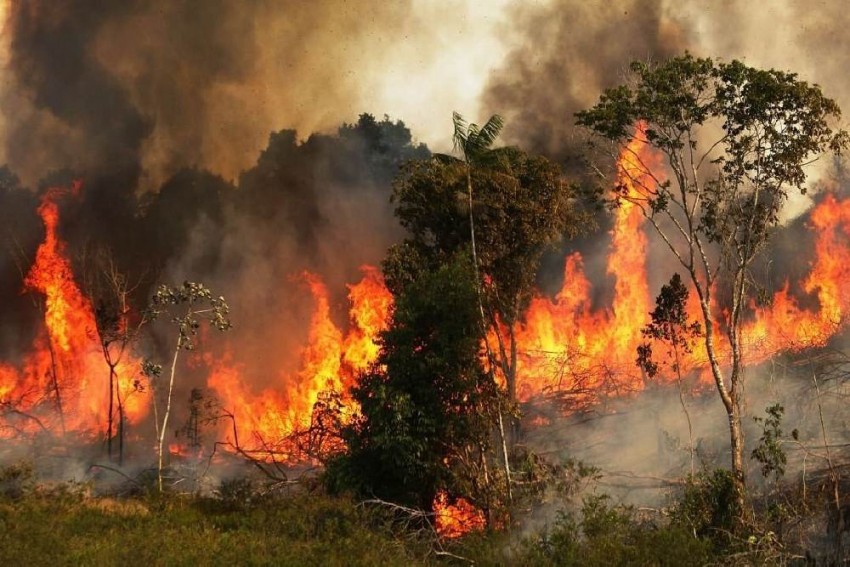 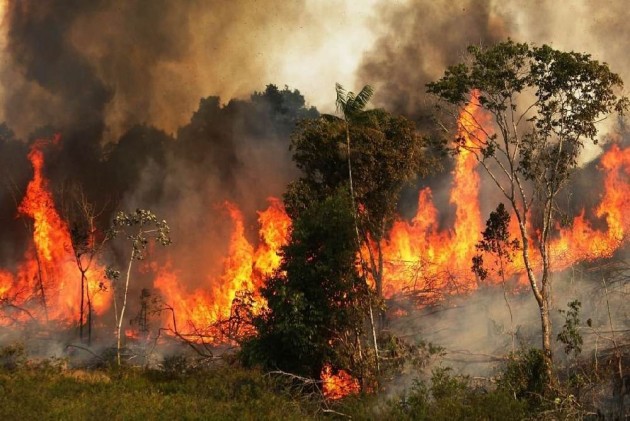 Brazilian President Jair Bolsonaro said that French President Emmanuel Macron's proposal to discuss the fire engulfing amazon forest at G-7 summit reeks of a "misplaced colonial mindset." Bolsonaro hit out at the calls for it to be discussed at the G7 summit as Brazil is not participating in the summit and neither is it a part of G7 countries.

"The French President's suggestion that Amazonian issues be discussed at the G7 without the participation of the countries of the region evokes a misplaced colonialist mindset, which does not belong in the 21st century," he wrote on social media.

He also said in a tweet that Macron was using the issue for "political gain".

French President Emmanuel Macron had said the record number of fires in the Amazon rainforest was an "international crisis" that needs to be on the top of the agenda at the upcoming G7 summit, the media reported on Friday.

"Our house is burning. Literally. The Amazon rain forest - the lungs which produce 20 per cent of our planet's oxygen - is on fire. It is an international crisis. Members of the G7 Summit, let's discuss this emergency first order in two days," Macron, the host of this weekend's G7 summit of some of the world's most advanced economies, tweeted on Thursday night.

Bolsonaro, who has been blamed by conservationists for the Amazon's plight, saying that he has encouraged loggers and farmers to clear the land, has however said that he was open to dialogue about the fires if it was "based on objective data and mutual respect."

Earlier on Thursday, Bolsonaro had said that the country was not equipped to fight the fires, reports the BBC.

"The Amazon is bigger than Europe, how will you fight criminal fires in such an area?," he asked reporters as he left the presidential residence on Thursday. "We do not have the resources for that."

The Brazilian President has suggested that NGOs might have started fires as revenge for his government slashing their funding.

Satellite data published by the National Institute for Space Research (Inpe) has shown an increase of 85 per cent this year in fires across Brazil, most of them in the Amazon region, the BBC reported.

The figures and satellite images showing most of the state of Roraima, in northern Brazil, covered by smoke have shocked many Brazilians and triggered a global Twitter trend under the hashtag #prayforamazonia.

The figures suggest that there have been more than 75,000 fires so far this year for the whole of Brazil, compared with just over 40,000 over the same period in 2018.

With 74,000 Outbreaks So Far, Fires In Amazon Rainforest Rage At Record Rate