Australian PM Apologises To Woman Who Was Allegedly Raped In Parliament 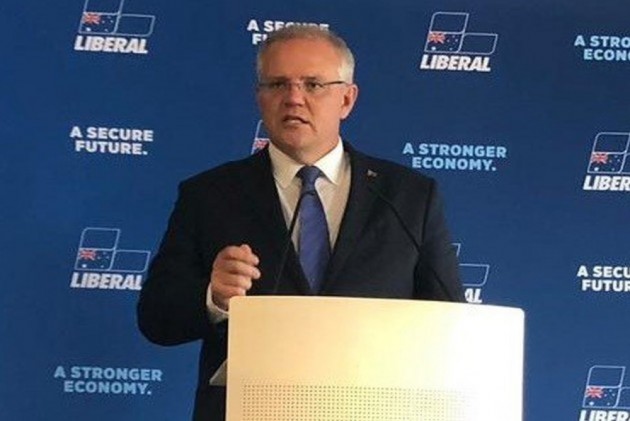 Australia's Prime Minister Scott Morrison on Tuesday apologised to a former government staffer who alleged she was raped by a colleague in a minister's office two years ago.

The former staffer Brittany Higgins alleged in a television interview on Monday that a colleague had raped her in the office of the then-Defence Industry Minister Linda Reynolds weeks before the 2019 election and that she did not receive the support she needed from bosses or other colleagues.

The man she accused, who has not been named, was fired for a security breach in taking Higgins into the minister's office and leaving her there on a couch after a night of heavy drinking.

Higgins, who was Reynolds' media adviser, said she decided not to pursue a police complaint at the time because she felt pressure that doing so would affect her employment.

She resigned in January this year and said she plans to reinstate her police complaint.

“I think that resigning is the only thing I can personally do to say that I don't think anyone else should go through what I went through,” Higgins told Network Ten.

Morrison said Reynolds should not have questioned Higgins about her accusation in the same office where Higgins alleged the rape took place.

“That should not have happened, and I do apologise,” Morrison told reporters.

Reynolds, who is now defence minister, also apologised for raising the matter with Higgins in her office, adding that the minister had not done enough to support the then 24-year-old staffer.

“I deeply, deeply regret conducting the meeting in my office where the alleged incident occurred,” Reynolds said.

Reynolds told the Senate she never gave Higgins a choice between her job and making a police complaint.

Morrison described Higgins' allegation as a wake-up call that must drive change within Parliament House.

“It shatters me that still, in this day and age, a young woman can find herself in the vulnerable situation that she was in, not her doing,” Morrison said.

“We have to do more, whether it's in this workplace or any other workplace in the country, to ensure people can work safely in their place and be at their best and do what they went into that job to do,” he added.

An automatic reporting obligation to department officials will be established for such allegation, Morrison said.

Morrison said he first heard of Higgins' allegation on Monday and his office only learned about it on Friday last week.

The opposition questioned how Morrison could continue to have confidence in Reynolds since she hadn't told him of the alleged rape.

“My understanding is the minister acted in good faith toward Brittany and sought to support Brittany,” Morrison replied.

Higgins issued a media statement on Tuesday thanking Morrison for his apology.

“The prime minister's announcement of an investigation into the culture in Parliament House is a welcomed first step, though it is long overdue,” Higgins said.

“It should not have taken my story, or the story of other victim-survivors to air on national television for the prime minister — or any Member of Parliament — to take action on workplace sexual harassment, assault or bullying,” she added.

Parliament House needed an independent reporting mechanism for staff so that they could confidently and safely make complaints, Higgins said.

The Associated Press does not usually identify alleged victims of sexual assault, but Higgins has chosen to identify herself in the media.

Opinion polls pointed to Morrison's conservative coalition government losing power at the 2019 election which took place weeks after the alleged rape. But the government achieved a narrow victory.