Jaishankar, the first External Affairs Minister to visit Mexico in 41 years, arrived here at the invitation of his Mexican counterpart Casaubon 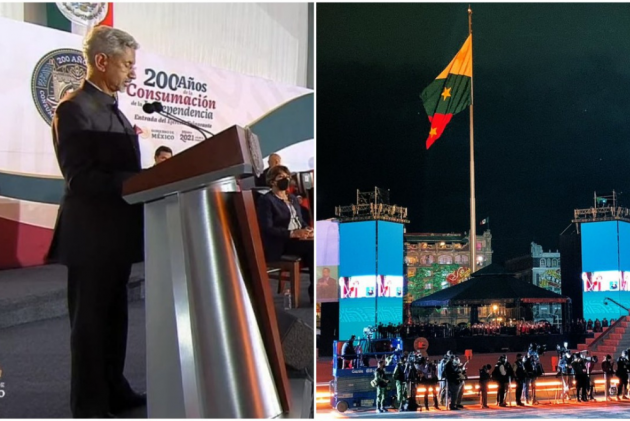 After meeting with global leaders at the United Nations General Assembly in New York, US, External Affairs Minister S Jaishankar was in Mexico to attend the 200th anniversary of the nation's independence. Jaishankar represented India at the celebrations and later affirmed the country’s “privileged partnership” with the North American nation.

The event came amid Jaishankar's three-day  visit to Mexico, his first as the country's External Affairs Minister.

“Represented India at the celebrations of Mexico’s 200th anniversary of attaining Independence. Affirmed our strong bonds and privileged partnership,” Jiashankar said in a tweet.

Represented India at the celebrations of Mexico’s 200th anniversary of attaining Independence.

Jaishankar, the first External Affairs Minister to visit Mexico in 41 years, arrived here at the invitation of his Mexican counterpart Casaubon after concluding his visit to the US for the 76th session of the United Nations General Assembly.

He will interact with the leading CEOs and the business community in Mexico, which is currently India’s second-largest trade partner in Latin America and is a member of the United Nations Security Council (UNSC) alongside India for the 2021-22 period, according to the Ministry of External Affairs (MEA).