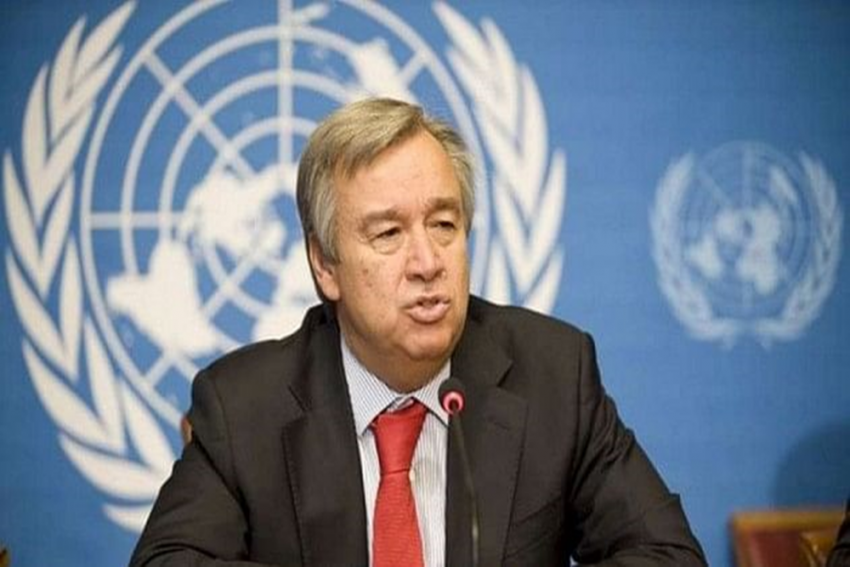 The spokesperson for UN chief Antonio Guterres and a group of 36 cross-party UK parliamentarians have come out in support of the agitating Indian farmers, saying people have a right to demonstrate peacefully and authorities should let them do so.

These reactions came even as Canadian Prime Minister Justin Trudeau reiterated his support for the protesting farmers despite India's strong reaction to his earlier remarks that Canada will always be there to defend the rights of peaceful protests.

"As to the question of India, what I would say to you is what I've said to others when raising these issues is that people have a right to demonstrate peacefully, and authorities need to let them do so,” Stephane Dujarric, the spokesman for the UN Secretary-General, said on Friday while responding to a question on the farmers’ protest in India.

Thousands of farmers are protesting on various borders of Delhi since November 26, seeking repeal of three farm laws enacted in September.

In London, a group of 36 cross-party parliamentarians have written to UK Foreign Secretary Dominic Raab asking him to make representations to his Indian counterpart, S Jaishankar, regarding the impact on British Punjabis affected by the demonstrations by farmers against new agricultural reforms in India.

"This is an issue of particular concern to Sikhs in the UK and those linked to Punjab, although it also heavily impacts on other Indian states. Many British Sikhs and Punjabis have taken this matter up with their MPs, as they are directly affected with family members and ancestral land in Punjab,” the letter said.

"This is a joint letter calling for representation to be made by yourself to your Indian counterpart about the impact on British Sikhs and Punjabis, with longstanding links to land and farming in India," it added.

The letter, issued on Friday, has been drafted by British Sikh Labour MP Tanmanjeet Singh Dhesi and signed by other Indian-origin MPs including Labour’s Virendra Sharma, Seema Malhotra and Valerie Vaz as well as former Labour Leader Jeremy Corbyn.

It urges the minister to set up an urgent meeting with them to discuss the “deteriorating situation in the Punjab” and seeks an update on any communication the Foreign, Commonwealth and Development Office (FCDO) has had with the Indian government on the issue.

The FCDO said the department has not received the letter as yet.

“The police handling of protests are a matter for the government of India,” an FCDO spokesperson said.

India has reacted sharply to remarks by Trudeau and other Canadian leaders to protests by farmers as "ill-informed" and "unwarranted", asserting that the matter pertains to the internal affairs of a democratic country.

External Affairs Ministry Spokesperson Anurag Srivastava on Tuesday said: "We have seen some ill-informed comments relating to farmers in India. Such comments are unwarranted, especially when pertaining to the internal affairs of a democratic country."

In a terse message, the ministry added that "it is also best that diplomatic conversations are not misrepresented for political purposes."

India on Friday summoned Canadian High Commissioner Nadir Patel, and told him that the comments made by Prime Minister Trudeau and others in his cabinet on the farmers' protest constituted an "unacceptable interference" in the country's internal affairs and these actions, if continued, will have a "seriously damaging" impact on the bilateral ties.

When asked by a journalist on Friday about India's strong reaction, Trudeau said in Ottawa, "Canada will always stand up for the right to peaceful protest anywhere around the world. We are pleased to see moves towards de-escalation and dialogue."

On whether his comments would damage ties with India, he reiterated: "Canada will always stand up for the right of peaceful protests and human rights around the world.”

The latest intervention by British MPs follows Dhesi and other politicians taking to social media to express support for the farmers. Lord Indarjit Singh, a crossbench peer in the House of Lords, also raised the issue in the Upper House of Parliament earlier this week.

The UK Cabinet Office minister responding in the House, Lord Nicholas True, refused to address a “broad denunciation” of any nation, adding: “Our values are democratic; they are very widely shared and practised across the world. We wish to sustain that.”

In Australia, Tung Ngo, a legislative council member in South Australian Parliament, on Wednesday urged the Indian government to continue allowing its citizen to exercise the fundamental right of any democracy, which is the right to protest peacefully.

"In our global community, we must help others in the plight against their local perils. We must...lend our voices to their cause,” Ngo said.

Thousands of farmers from Punjab, Haryana and several other states have been protesting for the last ten days at the borders of Delhi against three farm laws.

Dubbing these laws as "anti-farmer", these farmers claim that the newly enacted legislation would pave the way for the dismantling of the minimum support price system, leaving them at the "mercy" of big corporations.

18 Killed In Carbon Monoxide Poisoning In China's Coal Mine