In 2012, the Pakistan government arrested him on charges of espionage and locked him up at a jail in Karachi. 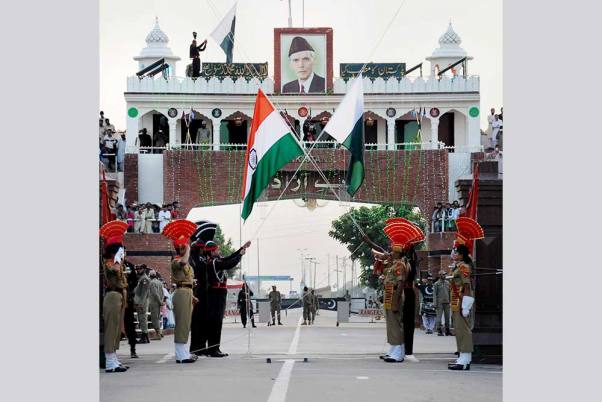 Back home after years in a Pakistani jail on espionage charges, 70-year-old Shamsuddin could not hold back his tears.

"On reaching home, after embracing his family members, he cried a lot in immense happiness and said he made a big mistake by going to Pakistan," said Circle Officer (Seesamau) Tirpurari Pandey.

Shamsuddin reached his home in the city's Kanghi-Mohal in Kanpur on Sunday morning, where his family and people welcomed him with garlands.

He told reporters that migrants are not treated well in Pakistan and Indians are taken as ”enemies”.

Shamsuddin had moved to Pakistan with an acquaintance in 1992 on getting a 90-day visit visa and then settled there after getting the country's citizenship in 1994.

In 2012, the Pakistan government arrested him on charges of espionage and locked him up at a jail in Karachi.

Shamsuddin reached India through the Attari-Wagah border on October 26 and served the required quarantine period in Amritsar amid the COVID-19 outbreak.

Police then took him to his house at Kanghi-Mohal. People had gathered there waiting for his arrival.

The crowd surrounded him and hugged him with garlands.

He was congratulated for returning home after decades.

Shamsuddin told mediapersons that Indians are “treated very badly” in Pakistan. "They are treated like enemies. There is a lot of bribery and corruption in Pakistan," he said.

He said after the end of the visa period, people stranded in both countries should be allowed to return home.