Wind Of Change For Chit-Mahals?

Resolution of a long-standing land dispute between India and Bangladesh could have long-term implications for thousands residing in border enclaves.

This year maybe the harbinger of peace in relation to the ongoing tension between India and Bangladesh surrounding their border enclaves or Chit-Mahals. Prime Minister Narendra Modi's recent address in Assam indicates the NDA Government's intention to ease tensions at the Indo-Bangladesh border through the endorsement of the 1974 land-swap Agreement and its 2011 Protocol with Bangladesh. The PM's address has been supplemented by the recent Report of the Parliamentary Standing Committee on External Affairs that specifically recommends the implementation of the Agreement and Protocol through the 119th Constitutional Amendment.

The land-swap Agreement and its Protocol seek to absorb the Chit-Mahals into the territory of the corresponding countries that surround them with a choice of citizenship for its residents. Through its implementation, the land-swap would be an essential first step towards alleviating the situation of the Chit-dwellers and providing them access to basic amenities. Although the Standing Committee's recommendations along with the PM's declaration are welcome, there are key issues that need to be kept in mind for the smooth and effective implementation of the land-swap. 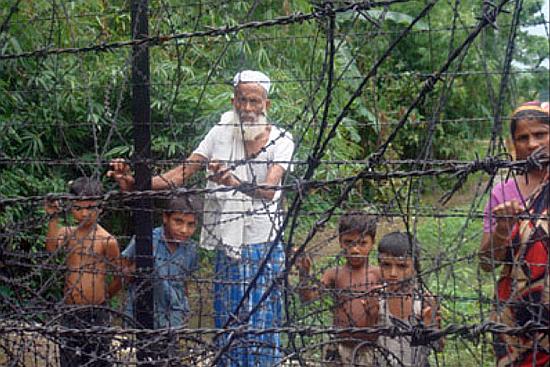 Approximately 51 Bangladeshi enclaves are located in India while 111 Indian enclaves are located in Bangladesh. According to the joint census held in 2011, about 52,000 Chit-dwellers live in these enclaves. These Chit-dwellers have, so far, been effectively abandoned by their home countries and have been denied access to basic necessities such as electricity and healthcare. They also lack means to travel to and from the enclaves. The positioning of Chit-Mahals near the border poses a constant threat of infiltration by illegal elements.

The everyday struggles of the Chit-dwellers can be gauged by the fact that a simple trip to the market requires them to cross multiple borders. The Bangladeshi sub-enclave of Haluapara is surrounded by an Indian enclave known as Garati in Bangladesh. As illustrated by Professor William Schendel, the residents of Haluapara are Bangladeshi citizens, but cannot avail themselves of any services from their home-state, since they are completely surrounded by an Indian enclave. There is no official border crossing from the sub-enclave to the enclave or from the enclave to the mainland. Therefore for these residents, who lack essential identity documents, a trip to a market in Bangladesh requires them to cross four borders. These residents also need to effectively evade legal channels for something as basic as access to electricity and water. To rectify this absurd situation, the UPA Government proposed the 119th Constitutional Amendment, to provide these Chit-dwellers with access to basic amenities and address their associated security concerns.

Legality of the Transfer

The operationalisation of the Agreement and Protocol involves a land-swap between India and Bangladesh, wherein India is required to transfer 17,160.63 acres of Indian territory in exchange for 7,110.02 acres of Bangladeshi territory. This transfer, in essence, necessitates the cession of 10050.61 acres of Indian territory to Bangladesh to fully implement the terms of the land-swap. However, when the UPA Government introduced the 119th Amendment Bill to implement the transfer, it has been argued that this transfer violates the basic structure of the Constitution.
The doctrine of basic structure, as formulated in the Kesavananda Bharati decision (1973), forbids any amendment to the Constitution that is against the essence and spirit of the Constitution. India's sovereignty as a nation is deemed to be a part of the basic structure.

However, two Supreme Court decisions, In Re Berubari Union (1960) and Union of India v. Sukumar Sengupta (1990), which examined various issues pertaining to enclaves located at the border of India and Bangladesh (formerly East Pakistan), specifically acknowledged India's ability as a sovereign nation to cede and acquire territory through a Constitutional amendment. On the basis of these judgements, the argument regarding the invalidity of cession does not hold water. India's authority to cede its own territory is not against the spirit of the Constitution but is rather an intrinsic part of its sovereignty as an independent nation. 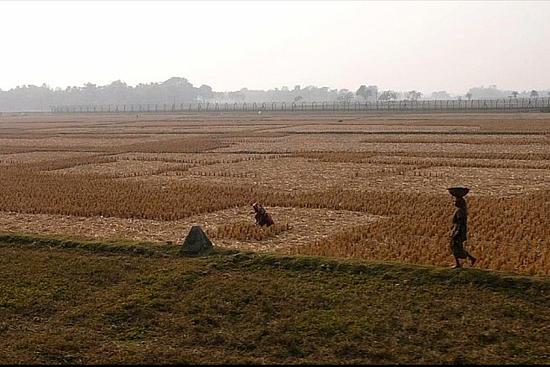 The Standing Committee's Report has endeavoured to make recommendations for the implementation of the land-swap in a manner that shall begin to address the difficulties faced by Chit-dwellers. However notwithstanding its commendable efforts, the Committee ought to consider a few additional components surrounding the transfer that have not been addressed in its Report.

One such major area is with respect to the procedures for migration and for obtaining citizenship for the Chit-dwellers under the existing domestic legislations in India. A clear elucidation of these procedures, along with potential simplification of the procedure, is needed to effectuate the smooth assimilation of the Chit-dwellers into India. For example, the Government could consider relaxing some of the documentation requirements for obtaining relevant identity documents, such as voter identity cards, Adhaar cards and/or passports; as it is quite probable that these Chit-dwellers will have very little, if any, existing documentation.

The land-swap would also bring to the fore germane issues surrounding property titling and land distribution. These issues have not been addressed in the Report or the Agreement and Protocol. Some of the concerns that would be relevant in this context include the procedure for regularising property titles of Chit-dwellers who stay in India; the mode of allotment of land to the incoming Indian Chit-dwellers from Bangladesh as a form of compensation in lieu of the land they left behind; and the method for compensating the outgoing Bangladeshi Chit-dwellers through bilateral negotiations.

India will further need to reassess and realign its position regarding its border fencing, immigration and security coordination with Bangladesh, in light of the Agreement and Protocol. An example of such realignment would involve the termination of the lease of the Tin-Bagha corridor to Bangladesh that connects the enclaves of Dahagram and Angarpota to the Bangladeshi mainland and other such issues.

If the NDA Government successfully addresses these matters and passes the 119th Constitutional Amendment, it will bring the much needed respite to the Chit-dwellers. These developments would further strengthen Indo-Bangladesh bilateral ties and pave the way for further collaborations between the two countries in trade and other allied matters.