Why Did Allahabad HC Have To Restate Triple Talaq Unconstitutional?

If Allahabad HC can dismiss petition on triple talaq citing SC hearing, it could have held back its observations too... 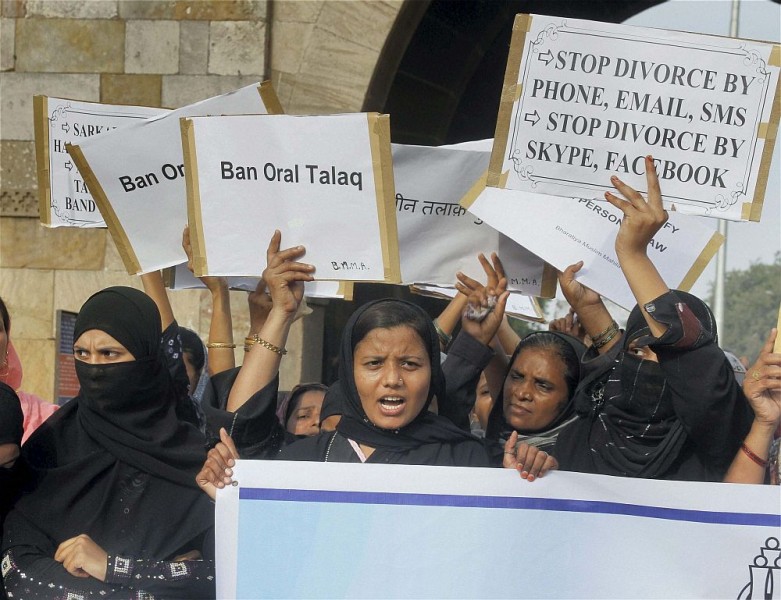 The Allahabad High Court has dismissed a writ petition of an elderly Muslim man who was seeking protection for himself and his second wife, who felt threatened by his first wife's family ever since he pronounced triple talaq on her.

The High Court, while acknowledging that a petition on these counts is already before the Supreme Court, has also pointed out that it is a "fallacy" that the Muslim man is allowed unlimited powers to divorce under the personal law. The High Court has also made several observations on triple talaq. These include calling it "cruel" and "unconstitutional".

The cruelty aspect of triple talaq has recently been raised by the victims of such divorces and by Muslim women's organisations. They have stridently opposed triple talaq and polygamy, taking recourse to courts. In this context, the High Court in Allahabad could have resisted from expressing its views on or, specifically, against triple talaq and polygamy. This restraint would have been more in sync with the propriety it has displayed in not pronouncing judgement on this issue as it is already before the Supreme Court.

Now, the Muslim organisations that have resisted the effort to get rid of triple talaq entirely will feel insecure and be up in arms again. Once the courts and these community organisations are at loggerheads, it is anybody's guess whether the efforts of the women petitioners will be ultimately aided or disabled, but the strong language of the Allahabad High Court will encourage the women and NGOs who oppose the practice, no doubt.

As for the other observation by the Allahabad High Court today that triple talaq is "unconstitutional", it is hard to understand why this needed to be re-stated. In fact, the Muslim Personal Law Board itself has acknowledged, in the Supreme Court, that triple talaq is illegal unless certain conditions are met.

Faizan Mustafa, the vice-chancellor of NALSAR University of Law, Hyderabad, is among the legal scholars who has pointed this out in recent writings. Several conditions have been laid down in triple talaq cases across the country including the Shamim Ara Supreme Court ruling. Here it was held that the triple talaq cannot necessarily dissolve the marriage between a Muslim man and woman. Talaq pronounced three times at one go, in one sitting, is considered as a single pronouncement, not three. There should also be a reconciliation process and it should be followed by arbitration. Unless these three norms are followed the marriage would not be considered dissolved.

From what meets the eye, the Allahabad High Court, while dismissing the petition before it, has stirred a hornet's nest.

The Hindu right would try to rake up the issue of a Uniform Civil Code after the Allahabad court’s observation. It has for long projected the UCC as the only way to give women justice and equality, and the Muslim community sees the raking up of triple talaq as a decoy for that project. This includes women's organisations who are battling triple talaq, who also are against UCC and don't want to step out of the framework of Muslim law.

We should also not forget that 22 countries, including Pakistan and Bangladesh, do not acknowledge triple talaq given in one sitting as a valid divorce.

For the BJP, the Allahabad observations are like second wind for its campaign against triple talaq and for UCC. After all, the demonetization is giving diminishing returns.