The remains of India’s first Dalit President, who was cremated according to Hindu rituals, were later buried in a Christian cemetery 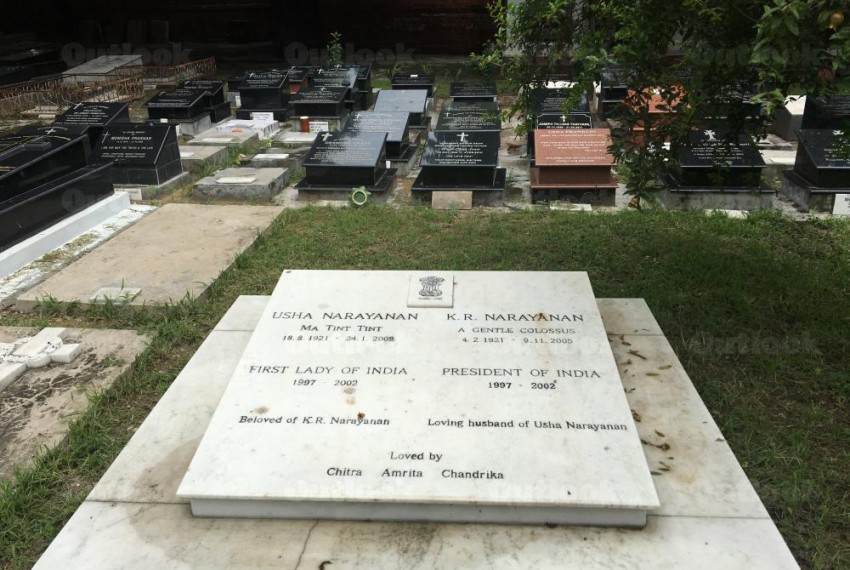 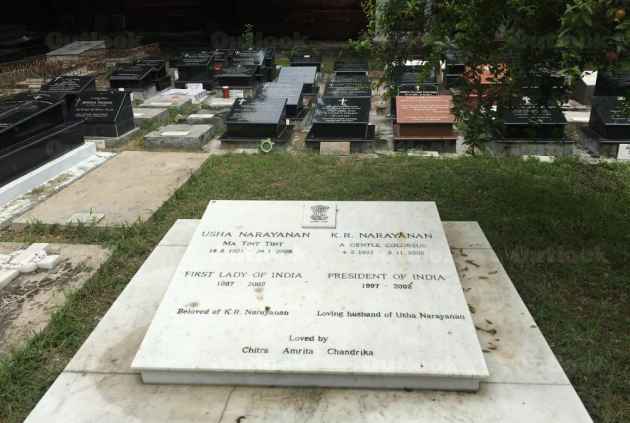 How did the remains of K.R. Narayanan, the first Dalit President of India who was officially cremated on the banks of Yamuna according to Hindu rituals in 2005, end up in a tomb in a cemetery exclusively for Christians in Delhi?

Narayanan, who was born into a Hindu Dalit family in Uzhavoor village in Kerala and remained so officially, has a tomb alongside his wife Usha Narayanan in the non-denominational cemetery run by the Delhi Cemeteries Committee on Prithviraj Road.

When Narayan died on November 9, 2005 at the age of 85, he was survived by his wife Usha and two daughters- Chitra, who had been India’s ambassador to many countries, and Amrita. His last rites of consigning the body to the flames were performed by his nephew Dr S. Ramachandran at a spot between 'Shanti Van', the memorial of Jawaharlal Nehru, and 'Vijay Ghat', that of Lal Bahadur Shastri.

Rev.  J. Rebello of the Catholic church, who is also the chairman of Delhi Cemeteries Committee, told Outlook: "The burial happened because the Christian pastor of his wife, a protestant, could have vouched that Narayanan is a Christian."

Narayanan had not officially willed that he be buried after death, and his wife was too unwell to have made the decision to inter the remains of her husband. Usha died in January 2007.

If it wasn’t Usha, the burial decision, which raises questions of grave illegality, could have been taken by his daughter Chitra. The illegality arises from the fact that Narayanan, who rose up the ladders enjoying the benefits of positive discrimination accorded to Dalits by the Constitution, was given a burial without his will. It is not publicly known whether he was baptized after demitting the office.

Outlook has sought a response from Chitra and will update the article as soon as we receive her comments.

Narayan, during his stint in Rangoon as an Indian Foreign Service Official, had met his wife, a Burmese woman named Tint Tint, an Evangelist protestant, and married her in 1950 after the Centre gave its blessing. Tint Tint later adopted the name Usha and used to attend mass at the Cathedral church (viceroy church) near the Rashtrapati Bhawan after Narayan became the 10th President of the country in 1997.

“The church has no problem in burying the ashes, the Pope too has allowed it. But the person has to be a Christian,” said the Rev. Rebello.

“Even cremation of Christians is allowed.”

The burial of “non-Christian” Narayanana becomes stark against the recalcitrant attitude of the Church towards rebels or those who have married out of community.

Last year, when actress Priyanka Chopra’s grandmother died, there was a controversy around her proposed burial. She had wished to be buried in the same Jacobite Syrian Christian cemetery in Kerala where her ancestors were interred. Some church officials declined her last will claiming that she had stopped living the ‘Christian way’, including the manner in which she had married, which was without following Christian conventions.

At the time, retired Supreme Court judge K.T. Thomas had reportedly called the confrontation regrettable. "Cemeteries are usually reserved for parish members. If you start burying outsiders, there will be a problem of space. But in Mary John's case, she was a parish member and I don't agree with the stand that she ceased to be one because she married into another community.”