Where Cruelty Is Kindness

Those who promoted laissez-faire economics required an explanation when the magic of the markets failed to deliver their promised utopia. Malthus gave them the answer they needed. 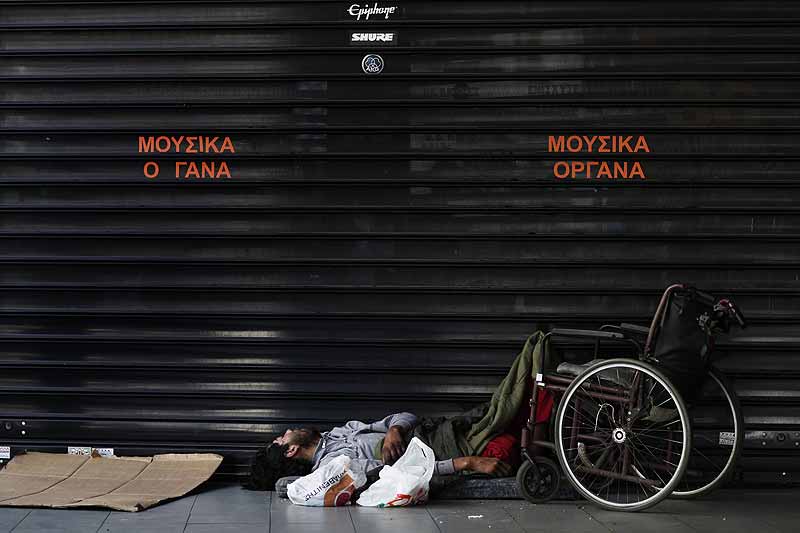 Kindness is cruelty; cruelty is kindness: this is the core belief of compassionate conservatism. If the state makes excessive provision for the poor, it traps them in a culture of dependency, destroying their self-respect, locking them into unemployment. Cuts and coercion are a moral duty, to be pursued with the holy fervour of Inquisitors overseeing an auto da fé.

This belief persists despite reams of countervailing evidence, showing that severity does nothing to cure the structural causes of unemployment. In Britain it is used to justify a £12 billion reduction of a social security system already so harsh that it drives some recipients to suicide. The belief arises from a deep and dearly-held fallacy, that has persisted for over 200 years.

Poverty was once widely understood as a social condition: it described the fate of those who did not possess property. England's Old Poor Law, introduced in 1597 and 1601, had its own cruelties, some of which were extreme. But as the US academics Fred Block and Margaret Somers explain in their fascinating book The Power of Market Fundamentalism, those who implemented it seemed to recognise that occasional unemployment was an intrinsic feature of working life.

But in 1786, as economic crises threw rising numbers onto the mercy of their parishes, the clergyman Joseph Townsend sought to recast poverty as a moral or even biological condition. "The poor know little of the motives which stimulate the higher ranks to action — pride, honour, and ambition", he argued in his Dissertation on the Poor Laws. "In general it is only hunger which can spur and goad them onto labour; yet our laws have said, they shall never hunger."

Thomas Malthus expands on this theme in his Essay on the Principle of Population, published in 1798. Poor relief, he maintained, causes poverty. It destroys the work ethic, reducing productivity. It also creates an incentive to reproduce, as payments rise with every family member. The higher the population, the hungrier the poor became: kindness resulted in cruelty.

Poverty, he argued, should be tackled through shame ("dependent poverty ought to be held disgraceful") and the withdrawal of assistance from all able-bodied workers. Nature should be allowed to take its course: if people were left to starve to death, the balance between population and food supply would be restored. Malthus ignored the means by which people limit their reproduction or increase their food supply, characterising the poor, in effect, as unthinking beasts.

His argument was highly controversial, but support grew rapidly among the propertied classes. In 1832, the franchise was extended to include more property owners: in other words, those who paid the poor rate. The poor, of course, were not entitled to vote. In the same year, the government launched a Royal Commission into the Operation of the Poor Laws.

Like Malthus, the commissioners blamed the problems of the rural poor not on structural factors but on immorality, improvidence and low productivity, all caused by the system of poor relief, which had "educated a new generation in idleness, ignorance and dishonesty". It called for the abolition of "outdoor relief" for able-bodied people. Help should be offered only in circumstances so shameful, degrading and punitive that anyone would seek to avoid them: namely the workhouse. The government responded with the 1834 Poor Law Amendment Act, which instituted, for the sake of the poor, a regime of the utmost cruelty. Destitute families were broken up and, in effect, imprisoned.

The commission was a fraud. It began with fixed conclusions and sought evidence to support them. Its interviews were conducted with like-minded members of the propertied classes, who were helped towards the right replies with leading questions. Anecdote took the place of data.

In reality, poverty in the countryside had risen as a result of structural forces over which the poor had no control. After the Napoleonic wars, the price of wheat slumped, triggering the collapse of rural banks and a severe credit crunch. Swayed by the arguments of David Ricardo, the government re-established the gold standard, that locked in austerity and aggravated hardship, much as George Osborne's legal enforcement of a permanent budget surplus will do. Threshing machines reduced the need for labour in the autumn and winter, when employment was most precarious. Cottage industries were undercut by urban factories, while enclosure prevented the poor from producing their own food.

Far from undermining employment, poor relief sustained rural workers during the winter months, ensuring that they remained available for hire when they were needed by farms in the spring and summer. By contrast to the loss of agricultural productivity that Malthus predicted and the commission reported, between 1790 and 1834 wheat production more than doubled.

As Block and Somers point out, the rise in unemployment and extreme poverty in the 1820s and 1830s represented the first great failure of Ricardian, laissez-faire economics. But Malthus's doctrines allowed this failure to be imputed to something quite different: the turpitude of the poor. Macroeconomic policy mistakes were blamed on the victims. Does that sound familiar?

This helps to explain the persistence of the fallacy. Those who promoted laissez-faire economics required an explanation when the magic of the markets failed to deliver their promised utopia. Malthus gave them the answer they needed.

And still does. People are poor and unemployed, George Osborne and Iain Duncan Smith claimed in this week's Sunday Times, because of "the damaging culture of welfare dependency". Earlier this month, Duncan Smith, in a burst of Malthusiasm, sought to restrict child benefit to two children per family, to discourage the poor from reproducing. A new analysis by the Wellcome Trust suggests that the government, which is about to place 350 psychologists in job centres, now treats unemployment as a mental health disorder.

The media's campaign of vilification associates social security with disgrace, and proposes even more humiliation, exhortation, intrusion, bullying and sanctions. This Thursday, the new household income figures are likely to show a sharp rise in child poverty, after sustained reductions under the Labour government. Doubtless the poor will be blamed for improvidence and feckless procreation, and urged to overcome their moral failings through aspiration.

For 230 years, this convenient myth has resisted all falsification. Expect that to persist.

The New Tone Of India-China Relationship