Home  »  Website  »  International  » Opinion  »  What Can Be Expected From The India-Bangladesh Defence Deal?
Opinion

What Can Be Expected From The India-Bangladesh Defence Deal?

There is a need for better coordination and cooperation among the armed forces of the two neighbouring countries... 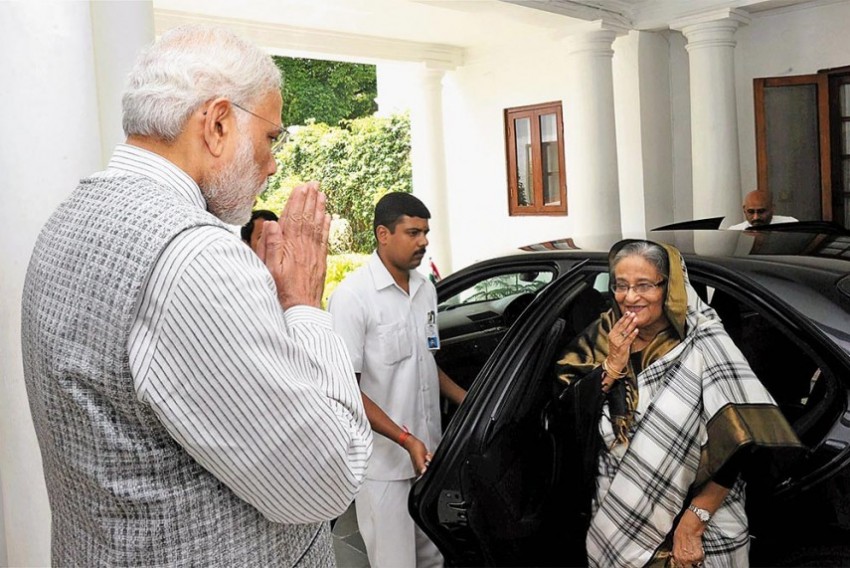 File-PTI Photo
Joyeeta Bhattacharjee March 24, 2017 00:00 IST What Can Be Expected From The India-Bangladesh Defence Deal? 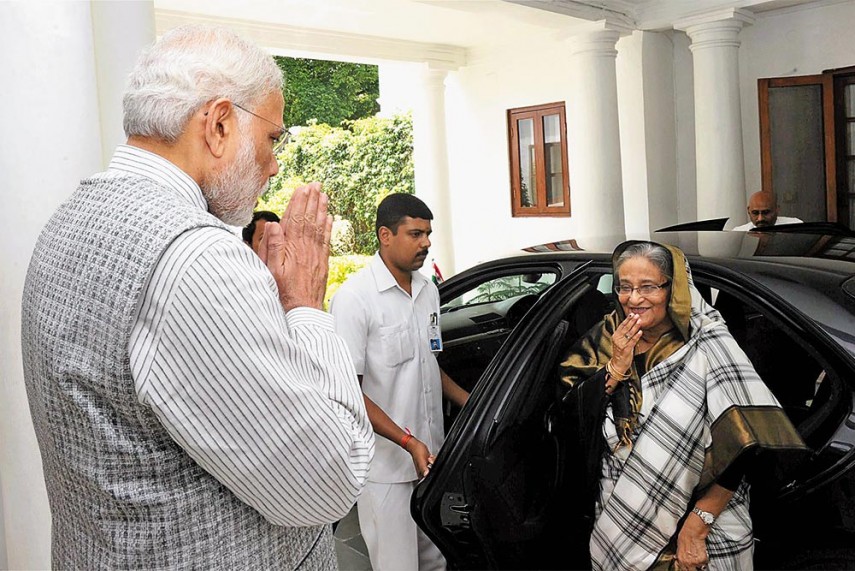 Bangladesh Prime Minister Sheikh Hasina will be visiting India between 7th and 10th of April and plethoras of agreements are likely to be signed then. Among the various agreements, the two countries will be signing the defence cooperation agreement which  has been getting the most attention. The defence cooperation will further deepen the ties between the two countries growing steadily in past few years.

Although the details of the agreement are under wraps, some of the early impressions that one gets from the reports in the media is that the agreement will be valid for 25 years. The agreement looks into varied areas of defence cooperation from a trade, training and joint exercises and cooperation on issues like counter-terrorism. It also envisages having regular interaction among the top level of leadership in areas of defence.

India and Bangladesh relations date back to the liberation of Bangladesh. Indian army fought along with the Mukti Bahini during the Liberation War in 1971.  Thousands of Indian soldiers shed blood in that war. In the post-liberation era, the defence cooperation between the two countries did not grow as expected. Contradictorily, the army in Bangladesh was believed to have reservations about the country’s relationship with India.

Some apprehensions are being expressed by some security analysts and political leaders in Bangladesh about the deal. Major arguments against this agreement are- the deal is against the interest of the country and will threaten safety and security of the country. Again, the fear is it will upset China, Bangladesh’s strategic partner and biggest arms supplier. The fear is the pact might impinge on nation’s sovereignty since the perception is this might enable Indian troops movement into North-eastern states using the country’s territory. Pointing to the existing military cooperation some analysts even questioned the need for an agreement. Besides, doubts being expressed about the quality of Indian arms.

Much of these scepticisms arise due to the big brother syndrome of which India and Bangladesh relations is a sufferer and India is often judged from this prism. Such sentiments hurt the growth of the relationship. Bangladeshis often resent India taking away all the arms captured from the Pakistani army in the 71 War and using it as a basis to validate their reservation for the treaty.

The situation has changed substantially since then and Bangladesh has made significant development in all spheres. It is already a leader in many areas. The country stands as a role model for human development; achieved a robust economic growth, it is one of the fastest growing economies in the world. Capabilities of the armed forces are well recognised and have made a mark globally in the area of peacekeeping. It’s time to recognise the strength and capabilities of that country.

Bangladesh is a sovereign country it has its own independent foreign policy. The argument its China policy is mainly to counterbalance India is not tenable. To maintain a balanced relationship it is important for a sovereign nation to draw its policies free of any biases, primarily while dealing with neighbours.

Some responsibility lies with media also. Much of reservation in Bangladesh against the agreement is due to some media reports which claimed the agreement was proposed to balance Chinese influence in that country, especially after Bangladesh bought two Chinese submarines. People of Bangladesh are extremely proud of their nation; such reporting hurt their dignity and also gave fodder for anti-India rhetoric. Such sentiments are exploited by sections opposed to the relationship to ignite emotions against India.

It is time to understand the benefits this agreement offers.  Firstly, an institutional framework will ensure continuity of the initiatives taken in the sphere of military cooperation. A formal mechanism becomes crucial because of the nature of the bilateral relations that fluctuate with the change of regime in Bangladesh. India and Bangladesh relations are dependent of the mindset of the political party in power in Bangladesh.

Secondly, given the geographical and cultural closeness between the two countries, there are many common challenges like countering terrorism that needs joint action. Hence, there is a need for better coordination and cooperation among the armed forces. The joint training and exercises will help to bring symmetry in capacities of the armed forces and contribute to countering and managing common threats and challenges much better.

Again, Bangladesh will benefit immensely from India’s arms market. India is the largest buyer of arms globally and soon becoming a major arms supplier. Due to Make in India Initiative, many of multinational companies are opening production and enhancing their assembling lines in India. Bangladesh should take this opportunity as it can get state of the art technology closer to home. With the linguistic and cultural closeness, it will be much easier for its defence personnel to familiarise with these technologies and arms. Also, it will help to diversify its source of arms crucial for strategic autonomy. With the offer of technology transfer, this is an opportunity for Bangladesh to also progress towards manufacturing  of arms and thus improving Brand Bangladesh, producer of high-end technology.

The present agreement should be seen from the perspective of India’s vision of shared growth and prosperity. Bangladesh is a key partner of  India in this project. Cooperation of all is necessary to attain this objective. The agreement will bring armed forces of both the country closer and will contribute to peace.

(Author is a Fellow at the Observer Research Foundation. Views expressed here are author's personal)

European Union At 60 Need Pragmatic And Ambitious Steps, Writes Its Ambassador To India