Virat Kohli Grabs No. 2 Spot In The ICC Test Rankings For Batsman 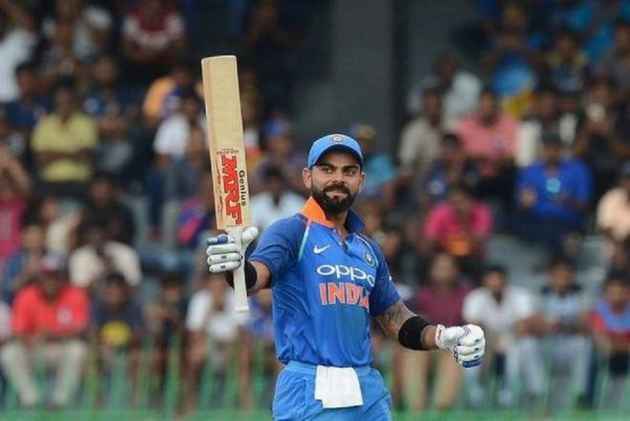 Indian skipper Virat Kohli has moved up three places to grab second position in the latest ICC Test rankings for batsmen after registering his career-best score in the third and final Test against Sri Lanka, which ended in a draw.

Kohli, with a stupendous run score that saw him average 152.50, started the series in sixth position but has leapfrogged David Warner, Cheteshwar Pujara, Kane Williamson and Joe Root to climb to the second spot.

Though 45 points separate the Indian skipper from Australia captain Steve Smith, Kohli would be eyeing the chance of reaching the zenith in all three formats since he is the current number one in ODIs and T20Is.

In the latest rankings, England captain Joe Root is third with 879 points while India's Cheteshwar Pujara is fourth with 873 points.

Kohli has been rested for the limited-overs series against Sri Lanka and will be back in action when India take South Africa in away-from-home series from January 5.