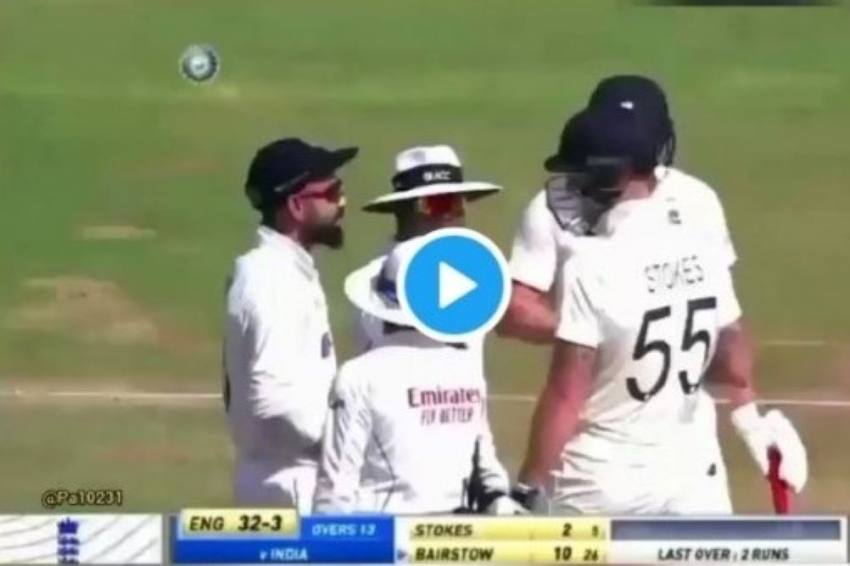 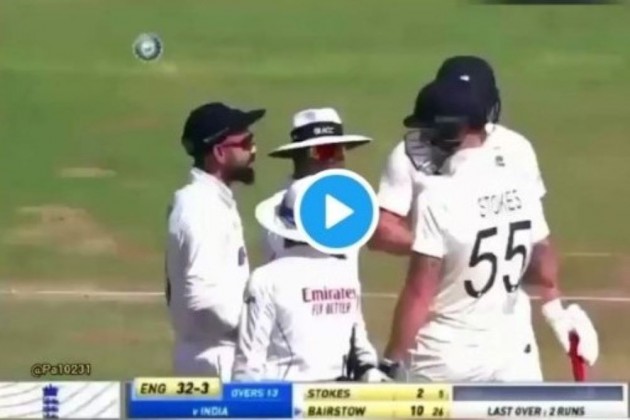 India made a great start to the 4th Test with their bowlers led by Axar Patel and Mohammed Siraj making early inroads to have England struggling.

With India on top and England hoping to fightback it didn’t take much for things to heat-up in the middle.

Mohammed Siraj was on cloud nine after having accounted for massive wicket of Joe Root and was bowling to Stokes another lynchpin of England’s batting.

Soon a few words were exchanged between Siraj and Stokes. Indian skipper Virat Kohli also jumped in and was see having animated conversations with Stokes. Jonny Bairstow also joined the banter.

Umpires stepped in to break the exchange.

Earlier, England captain Joe Root opted to bat after winning the toss in the fourth and final Test.

For India, Mohammed Siraj came back in place of Jasprit Bumrah, who has taken leave of absence for the game.