Village Rockstars By Rima Das Is A Document Of Small Desire

From Assam to Toronto International Film Festival, a film scripted, directed, shot, edited and produced by just one person, Village Rockstars is hardly a tale of victimehood instead a story of aspiration... 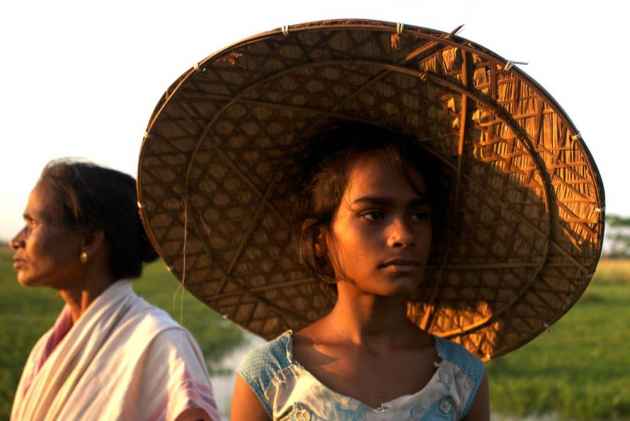 For young director Rima Das, her sophomore feature, was genuinely rooted in love. Or, more precisely, affection for her roots. Her film, Village Rockstars, is meandering journey through rural life as she turns her camera upon the remote hamlet in Assam, which she herself calls home, though she has since migrated to Mumbai in pursuing a career in cinema.

This is the antithesis of the big budget production. Das didn’t just direct Village Rockstars, she also scripted and produced it. Oh, and she also gets the credits for cinematography and editing. There was almost certainly no other film among the nearly 350 others that screened at the Toronto International Film Festival where one individual had invested so much so intensely. At its core, Village Rockstars is a document of small desires. At its heart is Dhunu, on the cusp of puberty. She’s a rebel of sorts, climbing trees, hanging out with a group of boys, and aspiring to be part of their band, one that plays imaginary instruments like guitars and keyboards carved out of Styrofoam. Along with her elder brother, she is being raised by her widowed mother; her father having been swept away in a flood before the village was protected by an embankment.

But this is hardly a tale of victimhood. Anything but Dhunu’s is a story of aspiration, even if that, for now, lies in managing to procure an actual guitar, one she can strum with her fingers instead of those digits wafting through air. The film unfolds in a manner approximating the gentle rhythms of rural subsistence: There’s work in the fields planting paddy, cattle and goats to be tended to, betel nuts to be plucked, a dirt track that leads to school, and the threat of another torrential monsoon season causing their huts to be submerged.

Das conveys this story of Dhunu’s existence without comment, in what is almost a documentary-style exposition. She crafts the tale out of a series of vignettes that ramble together. But ramble here isn’t a pejorative, rather a refreshing guided walk through the village and the lives of its inhabitants, facing deprivation with dignity.

The actors are natives of the village, including the children with local, including Bhanita Das who is winsome as Dhunu. She’s appears a natural and  perhaps that may be because she is simply acting out her actual life. She and the rest of the cast of amateurs, under the direction of Rima Das, make for a movie that somehow deserves this adjective – charming.