Kodagu, where the Cauvery river rises, has received twice the amount of rain it normally gets in August. 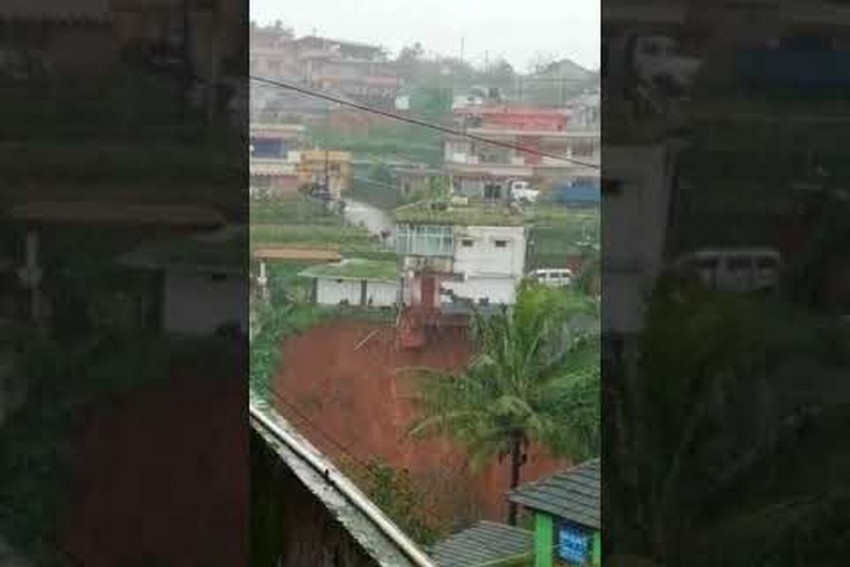 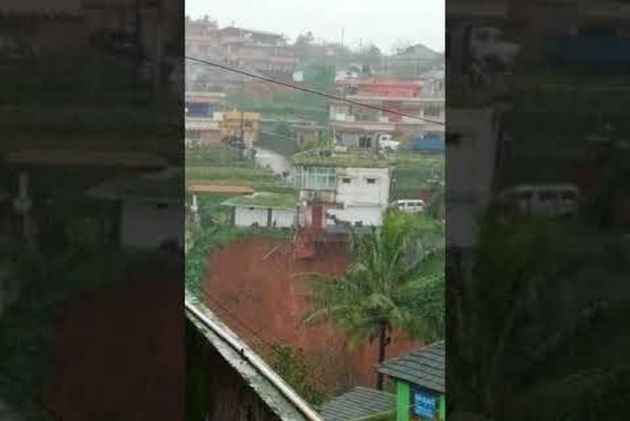 outlookindia.com
2018-08-18T14:33:36+05:30
A viral video clip of a two-storey building plunging into a valley earlier this week brought home the scale of devastation in Kodagu, or Coorg -- the hilly district of coffee and oranges to whose idyllic homestays holidayers from Bangalore and elsewhere make a beeline every weekend.

This is most disastrous video we have seen.
So horrible and sorrysome to this situation
May all stay safe. Hope this bad dream ends soon. #IndiaforKerala #KodaguFloods pic.twitter.com/ZNtZoiVDJm

Kodagu, where the Cauvery river rises, has received twice the amount of rain it normally gets in August. Rescue efforts have been stepped up in the region after heavy rainfall over the past few days caused landslides, wrecked roads and flooded homes, cutting off people and homesteads.

Rescue operations are continuing at rain affected areas in #Kodagu and other districts. Airlifting of the people stranded in affected areas will begin tomorrow morning. #KarnatakaRains #KodaguFloods pic.twitter.com/Cx41XNuc0b

Kodagu received 839.42 mm of rain in August, as against the normal weighted average of 421.30 mm, according to Karnataka State Natural Disaster Monitoring Centre.
Rescue operations in the rain-battered Kodagu district will be over by evening, informed district in-charge minister Sa Ra Mahesh on Saturday.

He also informed that Karnataka chief minister HD Kumaraswamy will visit Kodagu to review the flood situation in the district.

"Rescue operations will be over by evening. chief minister will visit Kodagu  to review flood situation. Relief camps have been set up for people. Food, water, doctors and all facilities have been made available to them in relief camps," Mahesh told ANI.

Kumaraswamy will also chair a high-level meeting regarding the same in Krishna (his home office) before leaving for Kodagu district. He will pay a visit to rain-affected areas in Nanjangood and Kabini on August 19.

Kumaraswamy also directed Mahesh to get the supply of relief materials from Mysuru, said a press release from the chief minister's office.