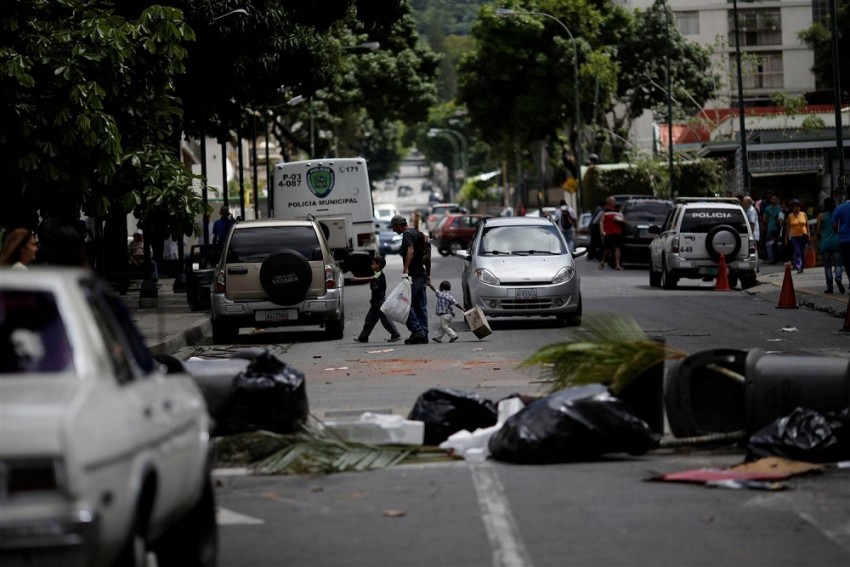 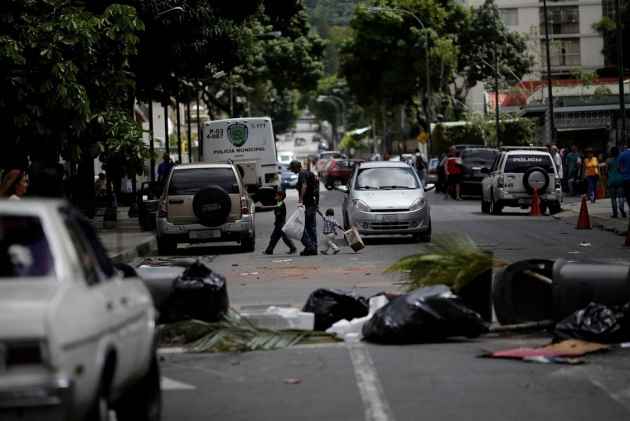 A controversial vote in Venezuela on Sunday championed by beleaguered President Nicolas Maduro turned violent with half a dozen people reported killed and troops and protesters attacking each other in Caracas and elsewhere.

"This is war!" Caracas resident Conchita Ramirez exclaimed on television as she described troops firing at buildings and people in the capital.

The fiery unrest confirmed fears over the vote for a new "Constituent Assembly" called by Maduro in defiance of months of demonstrations and fierce international criticism.

He is gambling his four-year rule on the 545-member citizens' body that will be empowered to dissolve the opposition-controlled congress and change laws as it reforms the nation's constitution.

At least six people died overnight and into today, according to prosecutors, adding to a four-month death toll approaching 120.

Among those killed was was a 39-year-old lawyer in the southeastern town of Ciudad Bolivar who was a candidate to sit on the new assembly. He was shot by assailants in his home late yesterday. Prosecutors said the motive of the slaying was unknown.

Shootings in demonstrations today killed a 30-year-old regional leader of a youth opposition party in the northeast town of Cumana, two male protesters aged 28 and 39 in the western state of Merida, and a 43-year-old man in the western city of Barquisimeto.

A 38-year-old man was killed in Merida yesterday in another demonstration.

In eastern Caracas today, four soldiers were wounded when an improvised explosive targeted their motorbike convoy.

In the west of the city, national guard troops fanned out, using armored vehicles, rubber bullets and teargas to disperse protesters blocking roads.

Soldiers also violently moved against protesters in the second city of Maracaibo, in the west, and Puerto Ordaz in the east.

The opposition had called for a boycott and mass demonstrations against the election, which it called a bid by Maduro to install a dictatorship with the backing of the military.

Maduro kicked off voting by casting his ballot in a west Caracas polling station.

"I'm the first voter in the country. I ask God for his blessings so the people can freely exercise their democratic right to vote," the president said. He was accompanied by his wife, Cilia Flores, who is a candidate to sit on the new assembly.

Turnout will be key to determining the legitimacy of the election.

But that will be difficult to ascertain as most voters will be able to vote twice, because candidates were drawn from social and industry sectors as well as geographically.

Surveys by Datanalisis, a pro-opposition polling firm, show more than 70 per cent of Venezuelans opposed the idea of the new assembly -- and 80 per cent reject Maduro's leadership.

Maduro decreed a ban on protests during and after the vote, threatening prison terms of up to 10 years for anyone violating the order.

But protesters increasingly came out on the street to ignore the ban.

The people are not going to give up the streets until this awful government goes," militant Carlos Zambrano, 54, told AFP in western Caracas.

Journalists trying to cover the situation in the neighborhood were set upon by soldiers who crudely told them to leave.

Fear of the violence worsening has rippled across the region, and beyond.

The US, the EU and Latin American powers, including Argentina, Brazil, Colombia and Mexico, have come out against the election, saying it would destroy Venezuelan democracy.

Several foreign airlines, including Air France, Delta, Avianca and Iberia have suspended flights to the country over security concerns.

The US has ordered the families of its diplomats to leave after imposing sanctions on 13 current and former Venezuelan officials.

Maduro has described the election as the most important Venezuela has seen, and the Constituent Assembly a "card that will win this game."

"I have come to vote to tell the gringos and the opposition that we want peace, not war, and that we support Maduro," said voter Ana Contreras.

The head of Datanalisis, Luis Vicente Leon, said the Constituent Assembly was being formed because the uncharismatic Maduro -- whose term is meant to finish next year -- "can't win elections."

Colombia, Panama and Peru -- refuges for tens of thousands of Venezuelans fleeing the chaos at home -- have said they will not recognize the results of the election.

The US has suggested further sanctions could follow. The oil industry is worried they could target Venezuela's crude exports, 40 per cent of which are bought by the United States.

Some in Maduro's administration have broken ranks with him, most prominently his attorney general. Two diplomats resigned this week in dissent: one at the United Nations and another at the embassy in Panama.