Maya Vishwakarma, popularly known as `padwoman' or `pad-jijji', said doing so will help in creating awareness about menstrual hygiene among girls and women in rural areas. 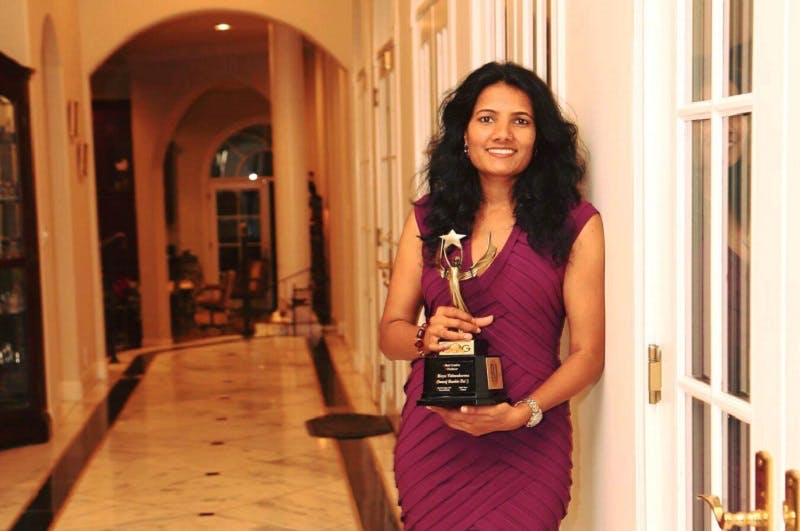 A US-returned woman scientist, working towards educating tribal women about menstrual health and providing them with cheap sanitary pads, has urged the 'PadMan' star Akshay Kumar to screen the movie in village schools and hostels.

Maya Vishwakarma, popularly known as `padwoman' or `pad-jijji' in the tribal areas of Narsinghpur district of Madhya Pradesh, has written a letter to Kumar, urging him to arrange screening of the movie, which deals with the issue of menstrual hygiene, in schools and hostels in villages.

She said doing so will help in creating awareness about menstrual hygiene among girls and women in rural areas.

The movie should specially be screened for males in villages to make them sensitive about menstrual health of women and change their outlook about an issue which is still considered a taboo, said the 36-year-old biologist.

Vishwakarma has returned to her village Mehragaon in Narsinghpur district from the US, where she went for higher studies, and is devoting her energy in spreading awareness about menstrual hygiene among tribal women.

In the letter, Vishwakarma said the Bollywood star should talk to state governments and convince them to declare the movie tax-free so that it reaches a large number of people across the country.

Prompted by her own experience of unsafe menstrual hygiene during her early years, Vishwakarma started her mission two years ago.

Vishwakarma said only 24 per cent of the women in Madhya Pradesh use sanitary pads.