It is a time-tested diversion, but always comes a cropper when the votes are counted. 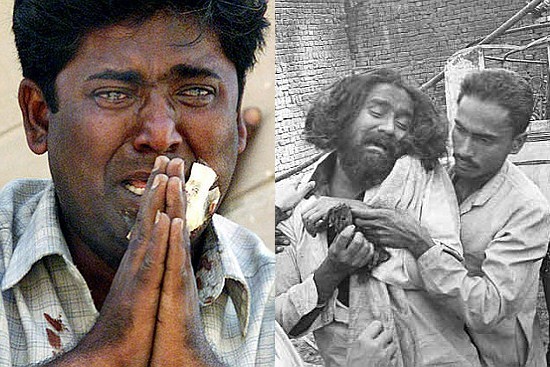 There's a new word that's entered the political lexicon in recent weeks and it's a tongue-twister called 'Whataboutery.' It is rooted in the intolerance debate and award wapsi where BJP spokesmen and supporters in print or on TV talking head shows bring up the issue of "what about…" and refer to some earlier incident like the Emergency and the Sikh riots in Delhi to counter the charges against them.

Basically, it's the tired argument which starts with "where were you when…". The phrase is actually a linguistic innovation brought about by television and social media where opposing sides and viewpoints tend to meet most often. For those who still haven't got it, whataboutery describes a transparent argumentative technique, designed to derail debate of one issue by raising another. It usually involves political differences and is marked by powerful emotional, even tribal, reactions as opposed to creative arguments over policy and issues.

In India, the recent cases of whataboutery have involved those returning awards, and being mocked by BJP supporters and spokesmen who ask why they didn't return awards during the Emergency or similar cases when earlier Congress governments were in power. The intention is to deflect charges of intolerance but also brand the accusers as being wedded to a political ideology or party.

Whataboutery may be a new addition to contemporary terminology in India but it does, in fact, and quite literally, have a long history. The first stirrings of whataboutery were encountered during the Cold War when America often accused the Soviet Union of gross human rights violations. The Soviets would generally counter with accusations about blacks being persecuted, lynched in some states, enslaved in others, and generally treated as second class citizens.

It then found resonance in public debates on Northern Ireland. From countries in conflict it became communities in conflict. At that time, it was described as the multiple blame game and finger pointing that goes on between communities holding opposite views. In the case of Ireland, the verbal debate descended into violence but the phrase caught on. In one instance during the "troubles", the BBC quoted Cardinal Cahal Daly as having described Whataboutery as "the commonest form of moral evasion in Ireland today", referring to how both communities use the terrible burden of past events to lay obstacles in the way of peace.

In the case of India and the heated debates over intolerance, it is quite clear that the BJP spokesmen and supporters are using whataboutery as a form of evasion. This always occurs when individuals or groups are confronted with a difficult or uncomfortable question. Historical subjects can be the worst. Rational perspective disappears and opponents are asked to assume moral responsibility for past sins.

The emotional veneer offers little time or regard for fact or quality of argument. Those who should know something about that are the Israelis, often accused of being the worst human rights abusers in the world. For them, whataboutery is a way of life since they get attacked all the time, but it also means they only have one standard response — Libya's human rights record, Iran's rogue state status or the attacks by Palestinians.

The whataboutery dispute, therefore, comes down to this. My sins are smaller than yours. In a world where despots and democrats are constantly in conflict, the possibilities for pointless whataboutery are, sadly, endless.

In more civilised countries whataboutery is referred to as tu quoque, or the appeal of hypocrisy. It is a gambit which allows one to discredit the opponent's position by asserting the opponent's failure to act consistently in accordance with that position, without directly refuting or disproving the opponent's initial argument.

In democracies, however, bad governments may be, they risk retribution eventually from the media, the judiciary or the voters. Contested elections are the ultimate backstop. But real political freedom needs more than that. It is not just what happens at elections but all the other things in between them that matter — including individuals and legitimate groups or a particular community being able to go about their business without being humiliated or intimidated. Whataboutery is a time-tested diversion, but it always comes a cropper when the votes are counted.