Turning Anger Into A Lovely Meal 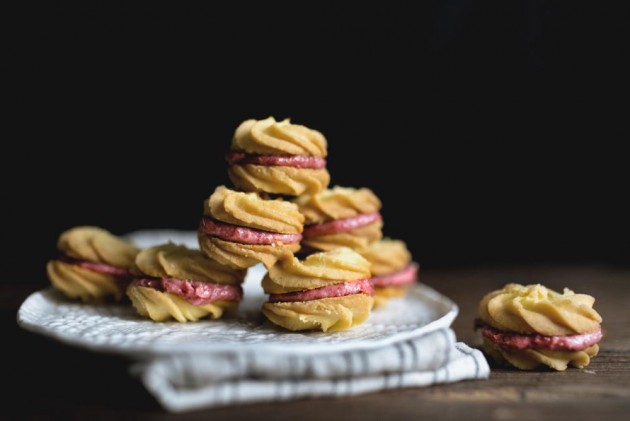 Food blogging is increasingly a common and creative outlet for people who love cooking, feeding and generally making tasty, interesting mess in their kitchens. Given how blogging is free at its most basic and quite profitable, if you have a talent for it, it makes sense for many to make a pursuit of it. You don't have Gordon Ramsay swearing at you on international television. Nor does your audience depend on a fixed time, channel, coffee-table prices to find out about recipes.

What food blogging does not usually coincide with, though, is an expression of conflicted citizenship, anxieties of relocation and an open and loud statement about the politics of the country of residence. And Mandy Lee's intricate, beautiful food blog, The Lady and Pups has managed to not only do that but also create a long series of stunning amateur food and cutlery photography.

Mandy, who grew up in New York, moved to Hong Kong in 2008. The careers began to demand more and eventually she ended up moving to Beijing with her husband. In 2010, after the move, she suddenly found herself without the rights, privileges and company that she had been so used to throughout her life. After two years of frustration and rage, in 2012, she began to document the activity she could still enjoy. On her blog, she describes Ladyandpups as a "a phoenix rising out of the tormenting flames of living here with all its misery."

A lot of the political pulse of the blog is obvious from the part that the food photos almost always leave the maker's face out of the frame. You may see the hands holding the chopsticks over a bowl or gently peeling the wrap of a rice cake. Occasionally, you will even see the newspaper that lies next to a breakfast—both a prop and a comment on the date, time and topic in mind. But the face only appears rarely—most clearly only in the About Me page. Mandy peeks from behind a table and a pudgy, delicious-looking dumpling that provides the leitmotif throughout the bio photos; because even though she calls herself the "lady and pups", her husband Jason gets his own photo, and the pups were soon grownups who also get occasional stage time.

It has recently appeared again, but only as a blur in the background of her photo of a new burger accompanied by the announcement that she is about to leave Beijing. 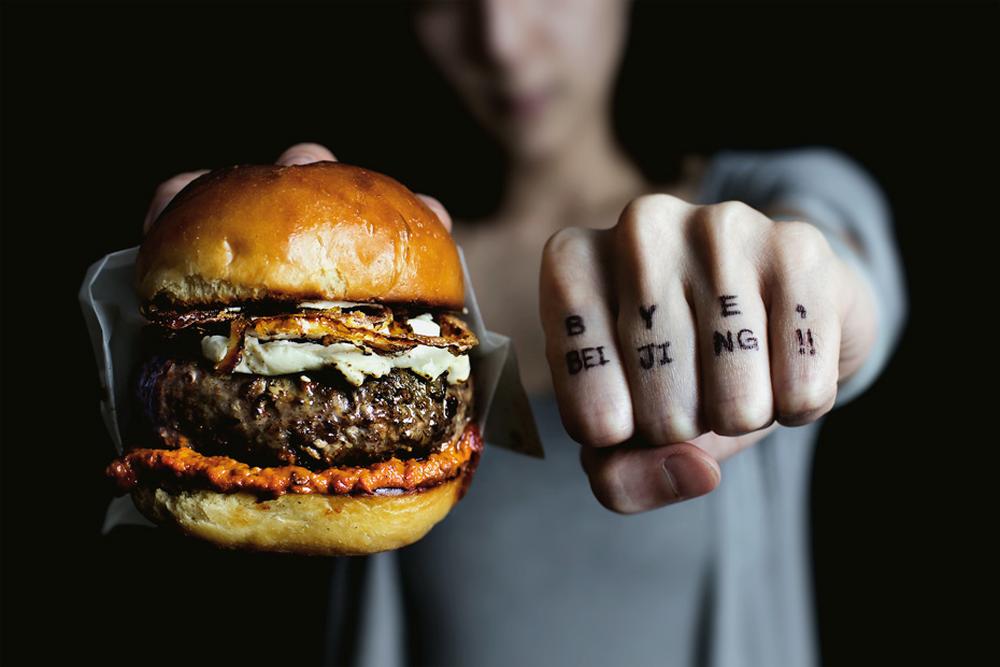 And now that she will be gone from Beijing in a few weeks, Mandy gives the reasons for taking on Beijing as she did. "I'm not "gifted" in that way, to see the vanilla ice cream behind the annoying chocolate chips and be able to happily eat around the obstacles. They bother me. Internet censorship bothers me. Authoritarian politics bothers me. Pollution bothers me. Blind nationalism bothers me. Douchebags bother me, and worse yet, blindly nationalistic douchebags who are happy being douchebags, reeeaaally bother me."

When I contacted Mandy for an interview and pointed out that much of what she struggled with resonated heavily with many younger Indians, she was slightly confused: India is still a democracy to her, and the increasingly technicality of the term is clearly better hidden from the world than the sweatshops, smog and politics of Beijing.

I wanted to know more about the idea of using something as unorthodox as cooking to connect with people all over the world (Beijing has heavy restrictions on social media) and about what it means to create, commercialise and evolve alongwith a project that began as a response to helplessness and anger. The result was this interview below.

Tell us about the process of getting used to Beijing. What was it like, at first?

I have developed a method of "sugar-coating" an environment that I loathe, and that is to find one or two tiny elements or activities that interest me, and magnify it to infinity. When we first moved to Beijing, I immediately bought ourselves a cute electrical scooter, then we spent almost all of our free times riding the scooter through the big and small streets or "hutong" in Beijing, nibbling and inspecting on every little spectacle that caught our attention. The fun of scootering makes even the most mundane activity such as grocery shopping a simple delight.

You call LadyandPups 'an angry food blog'. How did you turn a relationship of anger towards the political environment into cooking?

Your blog is now followed by many people. Have the reasons why you post changed? Do you feel that you have to listen to the demands of those who advertise?

The advertisements on the blog have no influence on the content. I try very hard not to warp the content to cater to a particular group, not even to the followers. That's a slippery slope.

Photography is a huge part of the project. Were you always interested in photographing food?

Actually, not at all. I'm what I would call an amateur photographer. Prior to the blog, I had no Instagram or Pinterest account. The photography, to me, is merely a vessel to sell the recipes and the story.

Tell us a little bit about how you prepare your shots.

I would make use of natural light when I can, but most of the times, I use artificial lighting in the form of soft light-boxes. I work better with dark backgrounds, so there's usually a black drapery or wood board behind the objects. I'm not particularly good at composing complicated textures or colors, so I eliminate as much "props" as possible. A lot of people ask about the setting of the shoot, but to me, the post-editing is just as important. Getting familiar with editing software such as Photoshop, or even apps like Snapseed on smartphones, is the difference between night and day.

Finally, what does cooking mean to you now? Some see it as a bare, functional way to get food. A basic sandwich will do for many. On your blog, it seems more like a high art.

Cooking is a hobby. It's as much a hobby to me as video games are to gamers. Every advancement in levels only feeds the addiction, and the addiction drives us to reach further into the next level. Even a Nutella sandwich has codes to be cracked. For the life of me, I don't understand why people cook if they don't enjoy the fundamental aspects of it. Like, I couldn't care less about golf and so naturally, I suck. If you don't get pleasures from cooking, or at the very least curious about it, then chances are your foods are going to suck. Call for delivery or something.