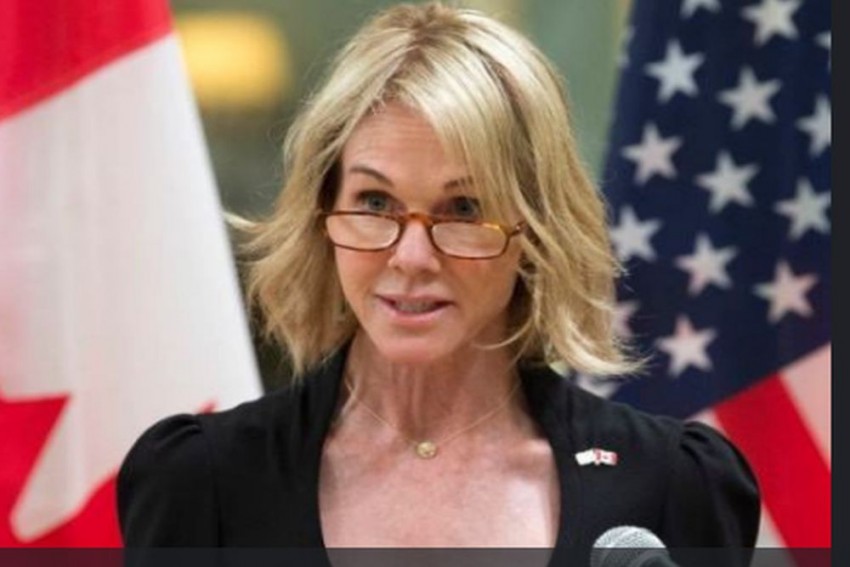 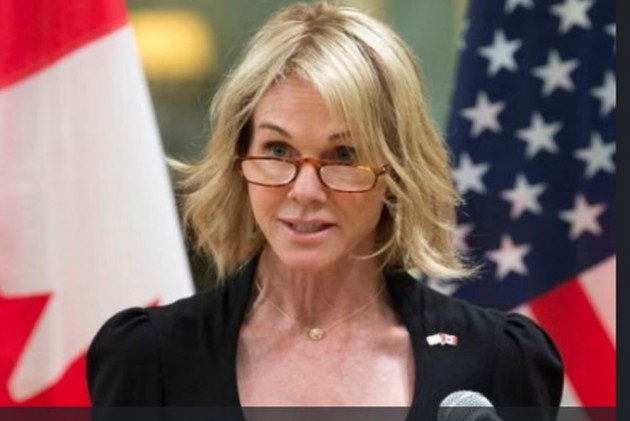 US President Donald Trump has nominated his envoy to Canada Kelly Knight Craft as Washington's top diplomat to the United Nations, to succeed Indian-American Nikki Haley.

I am pleased to announce that Kelly Knight Craft, our current Ambassador to Canada, is being nominated to be United States Ambassador to the United Nations....

In October, Haley announced that she was leaving the post by the end of the year.

The 46-year-old former South Carolina governor has served nearly two years in the post. She was the first Indian-American ever appointed to a Cabinet position in any US presidential administration.

If confirmed by the Senate, Craft, 56, would replace Haley.

"Kelly has done an outstanding job representing our nation and I have no doubt that, under her leadership, our country will be represented at the highest level. Congratulations to Kelly and her entire family!" Trump tweeted.

"She's done a great job representing us as @USAmbCanada and we know she'll be a strong voice for America at the United Nations. #USstrong," the former ambassador said in a Tweet.

Congratulations to Kelly Craft. She’s done a great job representing us as @USAmbCanada and we know she’ll be a strong voice for America at the United Nations. #USstrongðÂÂºðÂÂ¸ https://t.co/5zude3JVXs

A former businesswoman, Craft is the country’s first woman ambassador to the Canada.

Craft has been ambassador to Canada since October 2017. She previously served as an alternate delegate to the UN during the George W Bush administration.

During her time in Ottawa, she raised eyebrows when she said that she believes in "both sides of the science" when it comes to climate change.

Craft has also been a supporter of the US-Mexico-Canada Agreement, the trade deal that was negotiated by the Trump administration to replace the North American Free Trade Agreement (NAFTA), although not yet approved by Congress.

The Kentucky native has been married to billionaire coal mining businessman Joe Craft since 2016. The couple are both long-term and generous donors to the Republican party.

Craft has served as ambassador to Canada since October 2017. She was previously appointed as an alternate delegate to the U.N. General Assembly in 2007 under former President George W. Bush.

Secretary of State Mike Pompeo said Friday that Craft "has been an outstanding advocate for America’s national security and economic interests in Canada and she is extremely well-qualified to do the same at the United Nations."

"I look forward to her confirmation and continuing to work with her at the United Nations," he said in a statement.