Kavanaugh sought to play down the political maelstrom that surrounded his confirmation, and said he would serve "one nation". 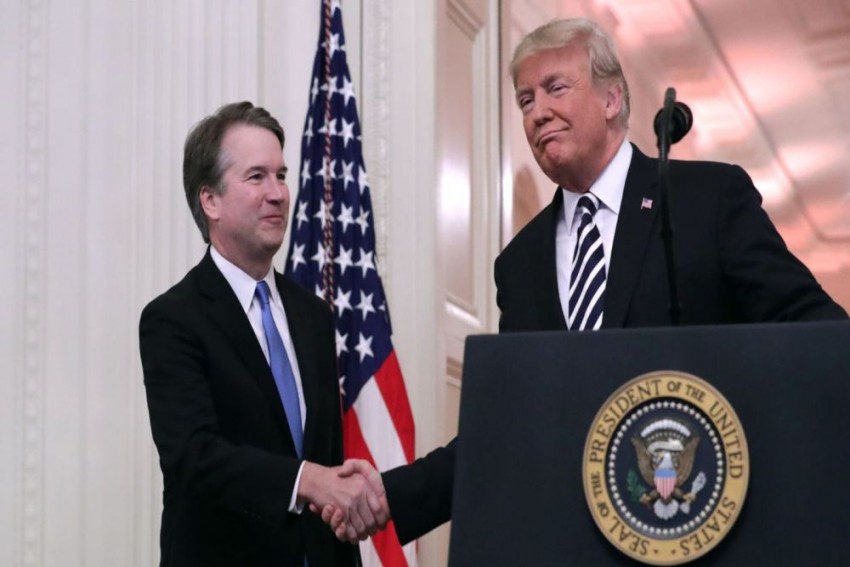 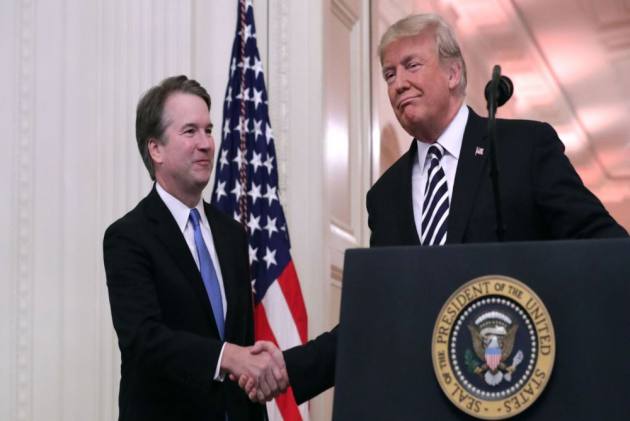 US President Donald Trump has apologised to new Supreme Court Justice Brett Kavanaugh and his family for the "terrible suffering" they were "forced" to endure, saying the "fair-minded" judge deserves a dignified evaluation and not a campaign based on lies and deception.

Judge Kavanaugh, 53, was confirmed by the Senate on Saturday in a 50-48 vote following an acrimonious debate over his nomination triggered by a series of sexual assault allegations during the last phase of his confirmation process.

His confirmation is a personal political victory for Trump as the opposition Democratic party had mounted an unprecedented resistance to his nomination.

"On behalf of our nation, I want to apologise to Brett and the entire Kavanaugh family for the terrible pain and suffering you have been forced to endure," Trump said at a White House ceremonial swearing in ceremony of Kavanaugh.

"Those who step forward to serve our country deserve a fair and dignified evaluation, not a campaign of political and personal destruction based on lies and deception. What happened to the Kavanaugh family violates every notion of fairness, decency, and due process," Trump said.

The ceremony was attended by Kavanaugh's family members, other judges of the Supreme Court, top Senators, members of the Trump administration and a battery of reporters.

"Our country, a man or woman must always be presumed innocent unless and until proven guilty. And with that, I must state that you, sir, under historic scrutiny, were proven innocent," Trump said amidst applause from the audience.

Describing Kavanaugh as a man of outstanding intellect and a brilliant scholar, Trump said his credentials were unsurpassed.

"Known as a judge's judge, he is fair-minded, unbiased, and even-handed person. He understands that justice must be divorced from the passions of the day - tethered instead to the enduring foundation of our republic: the Constitution," he said.

"This will be the first time a Supreme Court Justice has ever sworn in a former clerk to take his seat - a beautiful moment which reminds us that freedom is a tradition passed down from generation to generation," Trump said.

Noting that the Senate confirmation process was contentious and emotional, he said his focus now is to be the best Justice he can be.

"I take this office with gratitude and no bitterness. On the Supreme Court, I will seek to be a force for stability and unity. My goal is to be a great Justice for all Americans and for all of America. I will work very hard to achieve that goal," Kavanaugh said.

Kavanaugh sought to play down the political maelstrom that surrounded his confirmation, and said he would serve "one nation".

"I was not appointed to serve one party or one interest, but to serve one nation. America's Constitution and laws protect every person of every belief and every backgrounds. Every litigant in the Supreme Court can be assured that I will listen to their arguments with respect and an open mind. Every American can be assured that I will be an independent and impartial Justice devoted to equal justice under law," he said.

"Although the Senate confirmation process tested me, as it has tested others, it did not change me. My approach to judging remains the same," he said.

A good judge must be an umpire, a neutral and impartial decider who favours no litigant or policy. A judge must be independent and must interpret the law, not make the law, he said.