He watched, and covered, more than 400 Test matches and numerous One-Day Internationals from every nook and cranny of the cricketing globe. 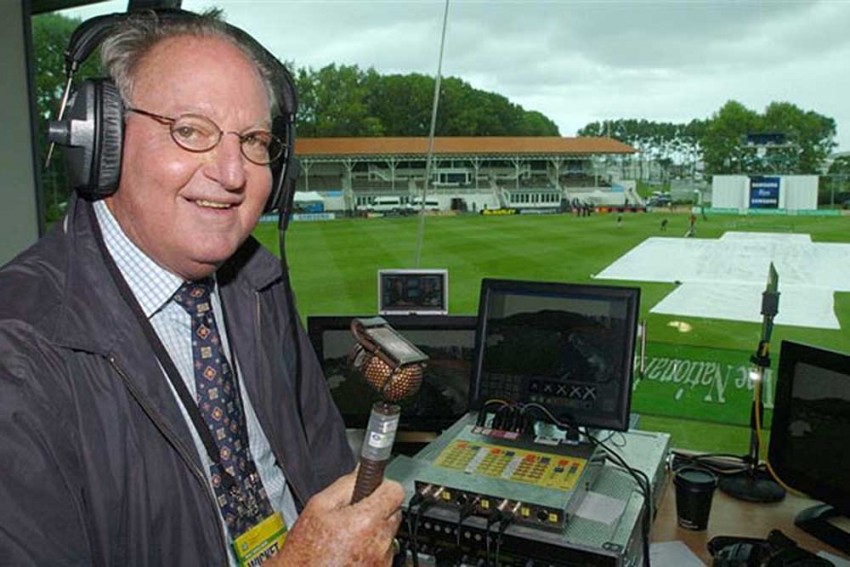 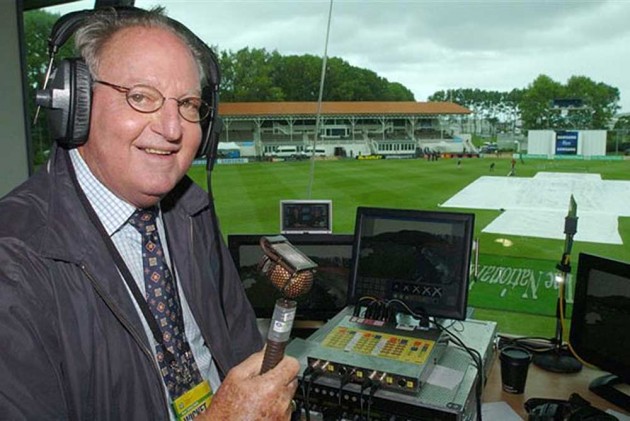 To say that Tony Cozier, who passed away on May 11, breathed cricket would be to state the obvious. Theirs was a marriage made in heaven. He loved cricket like his beloved, commentated on it beautifully, both on radio and television, and wrote about it passionately. He was the Voice of West Indies cricket.

When Cozier was at school in the mid-1950s, “with what were then the British West Indies gradually moving from three centuries of European colonialism towards independence”, his history teacher asked him and other students to write an essay on the most influential figures in that development. Having set the subject, the teacher quickly added: “And I don’t mean the three Ws or Sonny Ramadhin and Alf Valentine!” It was, of course, a light-hearted quip aimed at the boys who, at the time, were taking pride in the achievements of Everton Weekes, Frank Worrell and Clyde Walcott; of “those two little pals of mine” Ramadhin and Valentine; and of the many others combining to make the West Indies cricket team one of the strongest in the game. But the message was clear: the role of those cricketers in the moulding of a West Indian identity and self-confidence could not be underestimated.

As he grew and established himself as an eminent broadcaster and writer, Cozier also went on to play a key role, in his own special way, to the development and rise of West Indies cricket. He was as much a powerful cricket figure to emerge from the Caribbean as Learie Constantine, George Headley, Weekes, Worrell, Walcott, Garfield Sobers, Clive Lloyd and Vivian Richards.

It is possible that cricket lovers may remember Cozier only as a broadcaster, but he was a very prolific and highly influential writer as well. Most of his writings on the game and its practitioners made a compulsive reading. He may not have written anything which can come anywhere near Beyond a Boundary, but his importance and value in West Indies cricket were not less than that of the author of the immortal book, C.L.R. James.

Cozier was not a campaigner like the Marxist writer, who ran a long and fierce polemic to get the white men out and a black man in to the captaincy of the national team, but he was a conscience-keeper of West Indies cricket since 1970 or so. He did with pen what many others did with bat and ball for the prestige and pride of West Indies cricket.

Cozier noted that even when the standard of the once brilliant West Indies cricketers was fast declining, “Brian Lara, Courtney Walsh and Curtly Ambrose kept the Caribbean flag flying”. Both in his writing and in his broadcast he would often say that it was Lara’s fate, or ill-luck, that he had to invariably play for a weak West Indies team, unlike most of his illustrious predecessors. Appreciating Lara and his record-breaking innings, Cozier wrote in 1994 that “there was no real surprise among his countrymen, simply the feeling that his inevitable date with destiny had arrived rather more suddenly than expected.”

Although seldom vitriolic when criticising players or officials, Cozier never hesitated in stating what he had to. A severe critic of the West Indies Cricket Board’s lack of organisation and outlook for the last 20 years or so, Cozier was convinced that the decline in West Indies cricket could have been checked with concerted efforts.

For the world outside the Caribbean, his was the last word on West Indies cricket. Cozier, the foremost authority on West Indies cricket, was also an authority on world cricket. Winston Anthony Lloyd Cozier was born in Barbados on July 10, 1940. He played cricket and hockey in his young days. He played cricket for two Barbados clubs, Carlton and Wanderers, as a wicketkeeper and opening bat. Later he played as a guest for many English cricket clubs, too. Not surprisingly, he was a goalkeeper when he represented Barbados in hockey.

Journalism was running in his veins as his father, Jimmy Cozier, was a noted journalist and cricket critic in the West Indies. Jimmy Cozier was the managing editor of the St. Lucia Voice and founder of the Barbados Daily News. Cozier knew from an early age what he wanted to do. He pursued journalism at Carleton University in Ottawa, Canada. He started writing on West Indies cricket in 1958 and, in 1961, became the Barbados Daily News editor, working with Weekes, who had long called it a day.

Cozier hit the airwaves for the first time when Australia, led by Bob Simpson, toured the West Indies, captained by Sobers, in 1965. The impression Cozier created from the very beginning lasted till his final Test – fifty years on. Later he switched to television almost effortlessly and excelled in the new medium just as well as on radio. Throughout his distinguished career, both as a broadcaster and writer, he had to be mindful of his words when expressing his views on West Indies cricket and players. For even a little uncomplimentary comment or negative observation of a player’s performance could spell trouble, sometimes triggering a nationalistic backlash. Cozier had drawn a line and he never crossed it. Also, he was highly respected, held in high esteem by both the players and the public in the Caribbean.

To the delight of his fans, Cozier continued to do both radio and television, mesmerising listeners with his easily recognisable melodic Bajan accent. His association with major media organisations throughout the world – BBC’s Test Match Special (TMS), Sky Sports, Channel Nine and others – made him a household name and he was always in popular demand. “It’s hard to say what I love more. For I’ve a passion for both writing and broadcasting on cricket. I think I’m one of those fortunate few who get paid for doing what he likes the most,” he told me during the first Test between India and the West Indies at Wankhede Stadium in Mumbai in 1994. “But I’m a thorough professional and I never allow my passion to get the better of me when writing and commentating. And I also ensure that no players, however big and close to me, influence my views, directly or indirectly. Total objectivity may be hard to achieve, I understand, but you’ve got to try your best to avoid subjectivity as far as possible.”

A smiling, cheerful man, Cozier commanded a large fan following and it was a measure of his enthusiasm and passion for cricket and ability as a broadcaster that he moved seamlessly between radio and television commentary boxes throughout the world. The late Indian commentator Suresh Saraiya was one of Cozier’s many admirers across the world. “Cozier and I shared the mike in three of the five Tests of the 1974-75 home series against the West Indies. And unknowingly I fell in love with his amazing style, fluency and observations,” he told me.

It was nearly 50 years ago that Cozier appeared on the TMS, at Headingley, Leeds, and soon became one of its most loved overseas commentators. He was both a feature and flavour of the TMS, playing a part in one of the most iconic moments in its history even without saying a word. It was the infamous “leg over” incident, which caused so much hilarity between Brian Johnston and Jonathan Agnew. The incident occurred at The Oval in 1991, when Ian Botham fell over his stumps while attempting to hook Ambrose and was declared out hit-wicket. Later in the day, when Johnston mentioned Botham’s dismissal while reading out details of the scorecard, Agnew remarked that the irrepressible allrounder “just didn’t quite get his leg over!”(‘Leg over’ is a British slang term, meaning “having sex, getting your way with a lady”.) Johnston carried on commentating, fighting the giggles manfully for almost half a minute, before bursting into a guffaw, wheezing helplessly into a large spotted handkerchief. “Tony Cozier was actually in the corner of the commentary box. He could have stepped in at any moment to intervene, but instead chose to watch on and allowed one of our most magical moments to play out,” recalled the TMS producer Adam Mountford.

Cozier was known for his sharp memory and deep knowledge of statistics. Years ago, in 1967-68 to be precise, when England were touring the Caribbean under Colin Cowdrey, the ever witty Johnston had asked Cozier, on air, to recite the birthdays and bowling figures of the whole West Indies team!

Cozier had watched, and covered, more than 400 Test matches and numerous One-Day Internationals from every nook and cranny of the cricketing globe. He was widely published internationally – in newspapers, magazines and on websites. He was editor of the West Indies Cricket Annual from 1970 to 1991. He also edited the prestigious Caribbean Cricket Quarterly. Cozier penned several books, the best being The West Indies: 50 Years of Test Cricket, which was published in 1978. He was awarded Honorary Life Membership of the Marylebone Cricket Club (MCC), in December 2011, for services to the game. Another honour for Cozier is the press box at the Kensington Oval in Bridgetown, Barbados, which is named after him.