Reliving the events leading to the appointment of Shastri as the head coach of men's national team, Edulji said that former coach Anil Kumble was ousted unceremoniously at the insistence of Kohli. 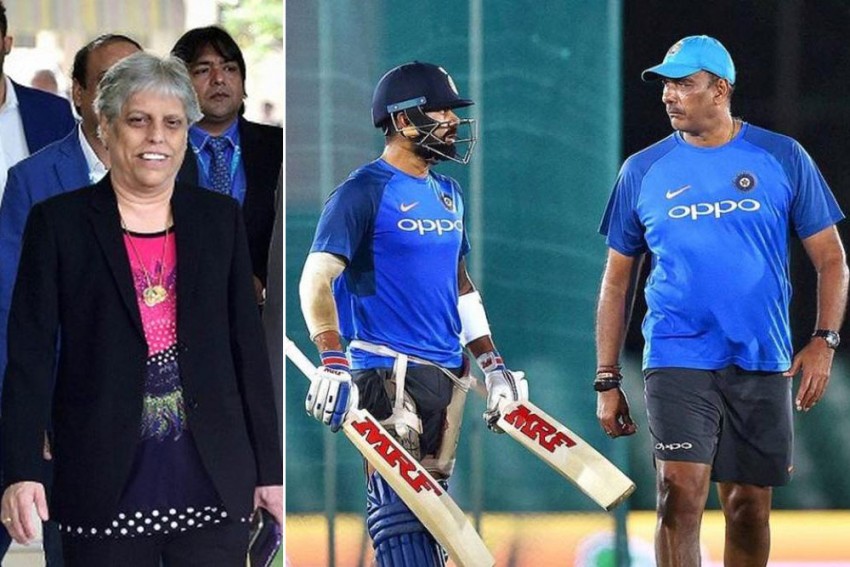 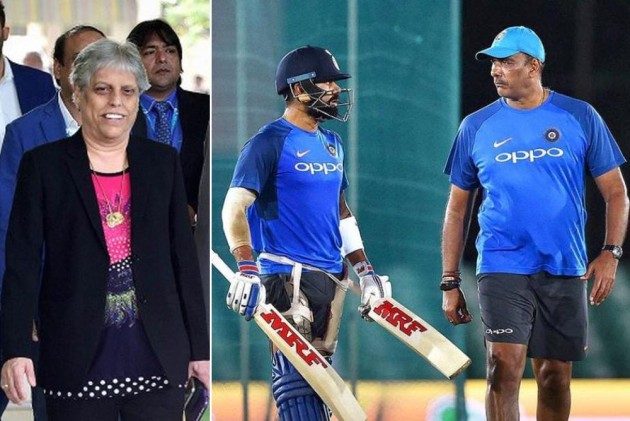 Currently, the women's team is without a coach following the expiry of Powar's tenure. The Board of Control for Cricket in India (BCCI) on November 30 invited fresh applications for the post of the head coach of the senior national women's team.

In a letter written to Rai, the Supreme Court appointed Committee of Administrators (CoA) member Edulji accused the chairman and BCCI CEO Rahul Johri of breaking rules while appointing Ravi Shastri as the men's team coach in July last year.

"I see nothing wrong in women cricketers writing e-mails regarding the coach. They were truthful in expressing their views unlike Virat who frequently sent sms' to the CEO (Johri) on which you acted and there was a change in the coach," wrote Edulji.

Reliving the events leading to the appointment of Shastri as the head coach of men's national team, she said that former coach Anil Kumble was ousted unceremoniously at the insistence of Kohli.

"There also I had objected and my dissent is recorded when the timelines were extended for someone to apply as he (Ravi Shastri) didn't apply in time. Mr. (Anil) Kumble a legend in his own right was subjected to loss of face and made to look like a villain. He was gracious enough to move on for which I respect him. There also, rules were broken and I had raised objections back then."

On Tuesday, the BCCI announced an ad-hoc committee to conduct interviews of eligible candidates for selection of the coach, which included former Indian cricketers Kapil Dev, Anshuman Gaekwad and Shantha Rangaswamy.

The interviews will be conducted on December 20th at the BCCI headquarters in Mumbai.

Edulji said Harmanpreet and vice-captain Smriti Mandhana's views on the coach must be considered.

"The captain and vice-captain have requested their choice so why can't we respect their choice for New Zealand tour till we get clarity on the committee. We can go ahead and continue with the same coach. The views of the two senior players must not be ignored."

"Virat did not accede to Kumble continuing in spite of Cricket Advisory Committee (CAC) saying, so then why not these two players get what they feel is best for the team."

Shastri had not applied for the head coach's position initially but the BCCI extended the deadline so the former India all-rounder could apply for the job. In the end, Shastri was expectedly appointed as the coach in July for a period of two years.

According to Edulji, the CAC comprising Sachin Tendulkar, VVS Laxman and Sourav Ganguly should have been allowed more time to decide on the way forward in finding the next women's coach.

The BCCI instead named the three-member ad-hoc committee to pick Powar's successor.
"The CAC has to select the Head Coach but before their availability was checked, Saba Karim (BCCI GM) had already spoken to Kapil, Anshuman and Shubhangi Kulkarni. I enquired for clarity on their conflict (of interest) roles as to how an ad-hoc committee was being formed without proper authority.

"But legal (department of BCCI) as usual gave a contrary opinion - 2 different versions on 2 issues. On one hand, COA has no powers to look into the COI (Conflict of Interest) issue and on the other hand, COA has powers to appoint an Ad hoc committee.

"I still maintain that the CAC should have been given time like requested and their roles should be defined. There is enough time till the next tour."

The BCCI is expected to name the new coach before the New Zealand tour begins on January 24. The tour comprises three ODIs and as many T20 Internationals.

The coach application deadline ends on December 14. Manoj Prabhakar, Herschelle Gibbs and Dimitri Mascarenhas are among the former players who have applied for the job.

The controversy surrounding the women's team refuses to die down ever since Mithali Raj was unexpectedly dropped from the World T20 semifinal which India lost to England by eight wickets.

"In my absence, you had a meeting with the 2 Women Cricket Captains (Harmanpreet and Mithali) and when I enquired on the same; you replied saying they wanted to meet you so you met them. Once again, you have failed to understand that I have an equal say in all matters of BCCI as COA with equal rights not less not more.

In the exchange of emails, Edulji also directed the BCCI office-bearers including the CEO to not act on Rai's instructions without her approval.